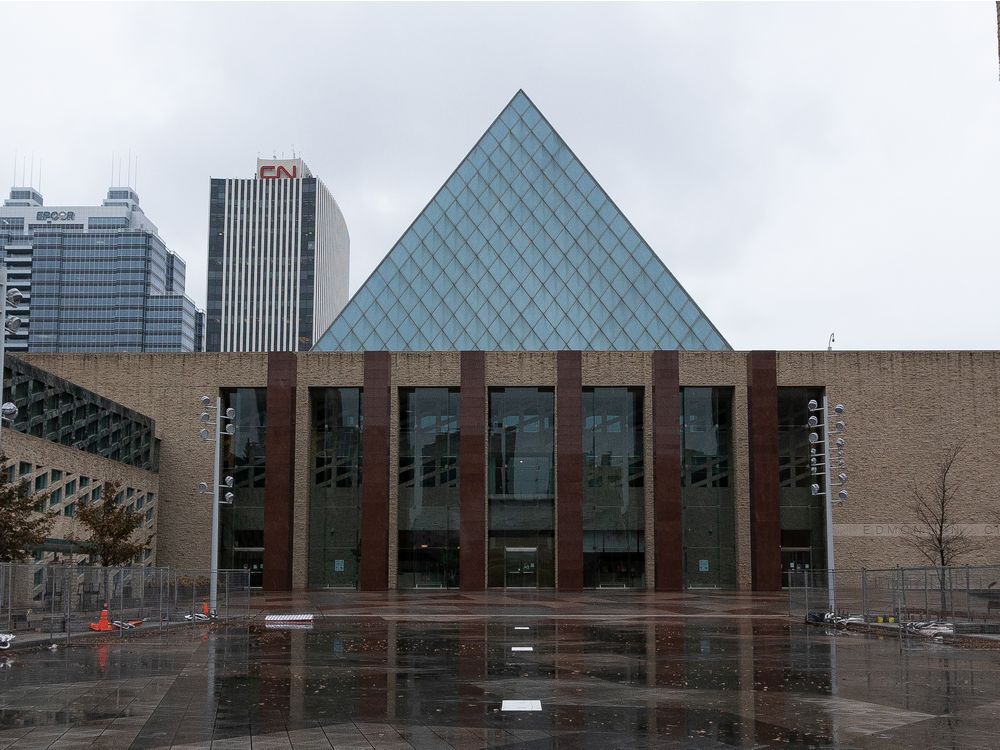 Edmonton city councillors have endorsed moving forward on recommendations made by an appointed task force to improve the structure of policing in the city, but any funding decisions will be on hold until a policy review.

On Tuesday, council voted in favour of directing city officials and the Edmonton Police Commission to develop a joint strategy in implementing 13 of the 14 recommendations brought forward by the Community Safety and Well-Being Task Force. This will include a report back in 90 days on accelerated actions that can be done exclusively by the city, such as reviewing bylaws and implementing a joint dispatch process.

Further details on implementing the recommendations will be back in front of the next council early next year. This will also include analysis on possible future amendments to the police funding formula which was suspended last summer.

The only task force recommendation not accepted outright Tuesday was to freeze police funding until it is in line with comparable cities because a policy review will be required first before those budget-based decisions are made. The task force recommendation called for planned police funding increases, estimated at $260 million over the next five years, to be redirected to community and social support services.

Mayor Don Iveson said the complex funding question will need further analysis and that it shouldn’t be up to this council to make funding decisions for the next budget cycle starting in 2023. Iveson said he doesn’t support a funding reduction to policing, but wants to explore if dollars could be better allocated in the community safety network.

“Personally, I don’t support an outright freeze of investment in this space but we also can’t presume what the future council might or might not invest (in) over the next five years,” he said. “I don’t think anyone on the task force or anyone on council is suggesting reducing funding to police in any way and clearly they need certainty to plan and do their business into the future and so I’m sure the policy work will take that into consideration.”

City officials will now review the funding formula policy, which allows for annual increases to the police budget, and look at options to tie a portion of the funding to performance.

During its discussions, the task force found Edmonton spent more per capita on policing in 2019 than Ottawa, Winnipeg and Hamilton and the trend is expected to continue in 2021. The approved police budget for 2021 was about $389 million before council approved an $11-million reduction over two years.

The 16-member task force was formed last summer following a public hearing where council heard from 142 speakers on their relationship with police in Edmonton. Many called for sweeping reform to address systemic racism, including reducing funding to the Edmonton Police Service and reallocating money to community and social supports.

After the release of the recommendations, Black Lives Matter Edmonton called for a 32 per cent reduction in police funding to match the 32 per cent of calls annually that the task force determined as person-in-need calls not requiring a police response. The organization said it has received more than 1,500 signatories in support of the funding reduction.

“We are demanding a future where all of our community members are treated with dignity and safety, a future where crisis is responded to with care instead of brutality,” organizer Belan Samuel said in a Monday statement. “This reinvestment means that our community would be able to respond to crises in ways that are trauma-informed while being person and community centred.”