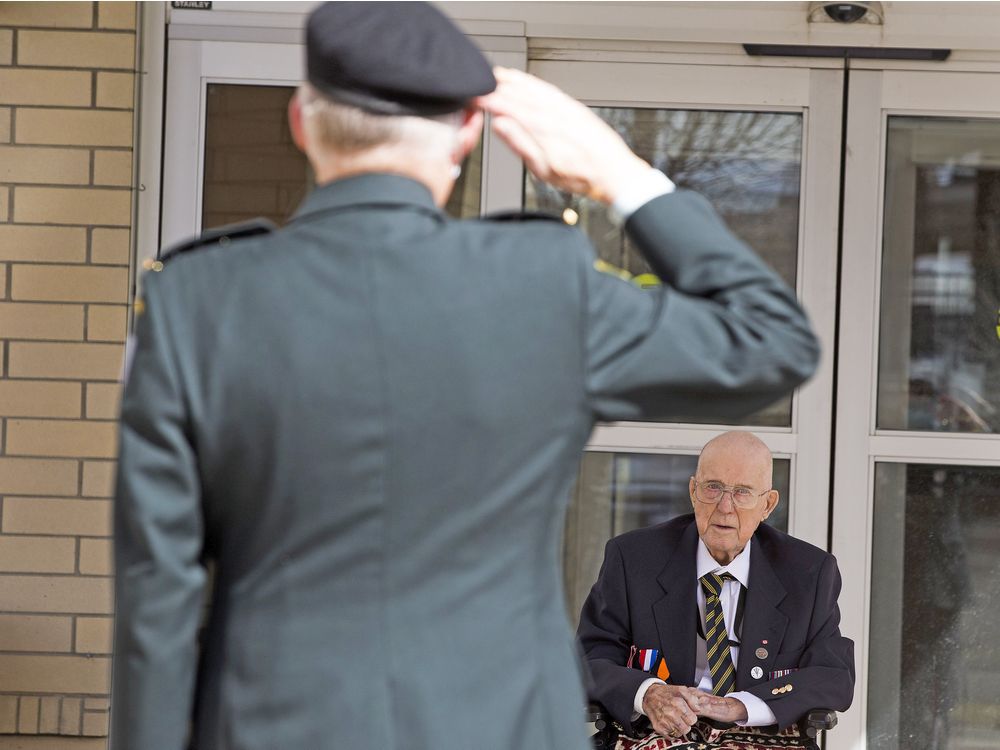 Close to two dozen veterans were honoured at Edmonton’s Kipnes Centre on Wednesday for their service liberating the Netherlands from Nazi rule 76 years ago.

Jerry Bouma, the Netherlands honorary consul for Edmonton, was in attendance at the centre on Wednesday to present each of the 21 veterans with a handwritten letter from a Dutch student thanking them for their role in liberating their country from German occupation in 1945.

In addition to the letters, each veteran received a note from the Dutch Ambassador to Canada and was honoured with a salute. The event was supposed to take place last year for the 75th anniversary but was postponed due to the ongoing COVID-19 pandemic.

“It’s quite humbling,” said Bouma. “It’s sort of like history at a glance. So, what has happened in 76 years. To see their faces and then to think of what happened, what they did and how the country was freed from a very oppressive regime. It’s sort of a kaleidoscope of memories and imaginations in terms of that 76-year period.”

Bouma holds a special connection to the Canadian-led liberation because it led to his parents emigrating from Holland to Canada. He said it led many Dutch people at the time to recognize and value Canada as a country with similar values.

Frank Stolk, president of the Dutch Canadian Club (Edmonton), was in attendance alongside Bouma Wednesday and was travelling around the city to continue to meet with other Edmonton veterans. He said there was a big party planned for 2020 but when it had to be cancelled they ordered 75 begonia plants to celebrate.

This year they ordered more than $1,000 worth of flowers to go along with the 76th-anniversary celebrations.

“We are forever grateful for what they did for us,” said Stolk. “In Holland they appreciated a lot more than we do in Canada.”

He said several of the veterans broke down into tears Wednesday when they received their letters. Many of those honoured are in their late 90s and, with some being more than 100 years of age, Stolk said he was happy that they could still honour them during the pandemic.

“We believe, together with the Government of the Netherlands, that as long as we still have a few of them around, we’re gonna keep doing this,” said Stolk.

Bouma said the event was also a good reminder to not take Canada’s current democratic freedoms for granted.

“We celebrate this and it seems like a long time ago. It wasn’t very long ago and it could happen again,” said Bouma.