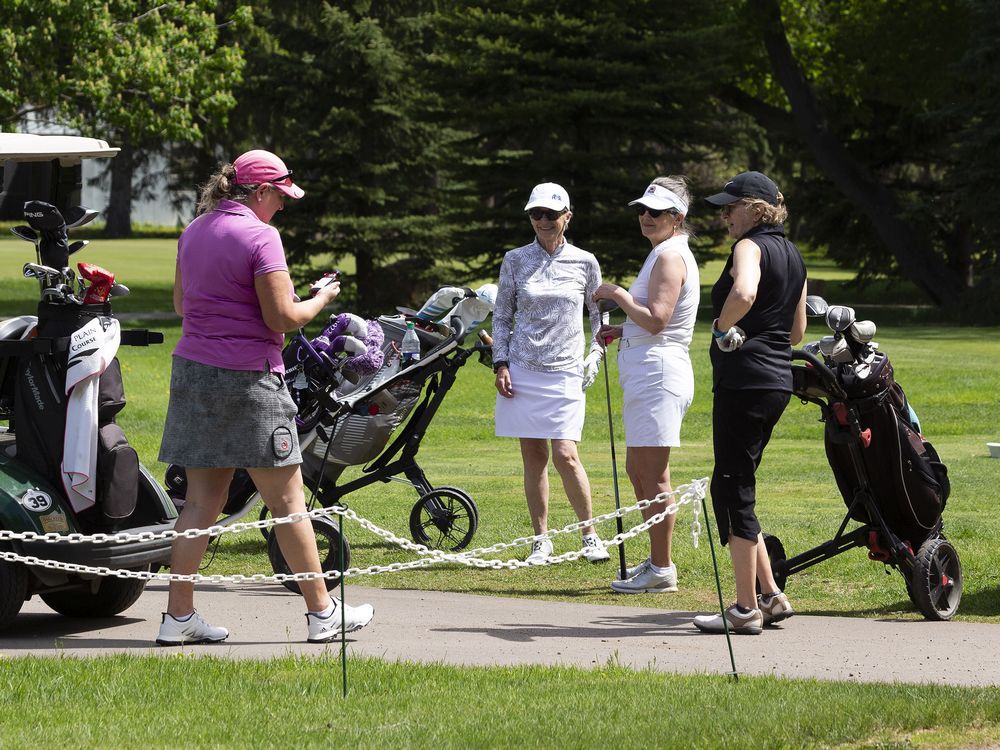 Stage 1 of the province’s three-stage summer reopening plan began on Tuesday, which allows golfers to tee up with up to 10 people outside of their household as long as they maintain physical distancing. Golfers from different households must use separate carts. Under previous restrictions, participants were limited to golfing with members of their household.

Jerry Linquist, the general manager of Lewis Estates Golf Course, said he was relieved to see restrictions being loosened as it was affecting the club’s bottom line. He said tee times have already been booked up for the rest of the week.

“We’re sold out,” he said. “From Monday to Friday, we’re probably 98 per cent sold out. Saturday, Sunday we’re probably 95 per cent sold out right now. The demand is there, that’s for sure. And of course, the weather looks really good for the rest of the week. I know a lot of golfers couldn’t play the last few weeks because they didn’t have their bubble to play with.”

Under Stage 1, outdoor patios are allowed with a maximum of four people per table. Everyone at the table must be members of the same household or for a person living alone.

Linquist said they will be offering outdoor patios as well and will be requiring masks whenever someone goes indoors. He said they won’t be holding any tournaments or events until they are fully opened.

“We’ve been approached by a couple of companies for small corporate events but we’re going to hold off this year,” Linquist said. “We don’t know what’s going to happen. Another month down the road we could be back into restrictions.”

Lewis Estates requires golfers to book ahead of time either online or by calling the golf shop.

Angela Jenkins, the manager at Kinsmen Pitch n Putt, echoed Linquist’s feeling of relief that restrictions were loosening and looked forward to welcoming back school groups. She said she already has five to six schools booked in for tee times this month and expects as many as 20 by the end of June.

Jenkins said it felt good to be able to offer golf to students again, as it offers physical exercise and the opportunity to enjoy the outdoors.

“Overall, we’ve seen an increase in demand for sure, especially last year,” she said. “This year, it did go down a little bit when restrictions were put on because it was only same households but I expect it will increase for sure.”

Angie Blades, the project co-ordinator for the City of Edmonton’s golf courses, said she was happy to have the restrictions loosened as the city will be able to offer 18-hole tee times again.

“People will be able to go ahead and book an 18-hole round,” she said. “We can welcome back a lot of league play that we had previously not permitted at the courses. That’s a big change.”

The city-operated courses include Riverside, Victoria and Rundle Park.