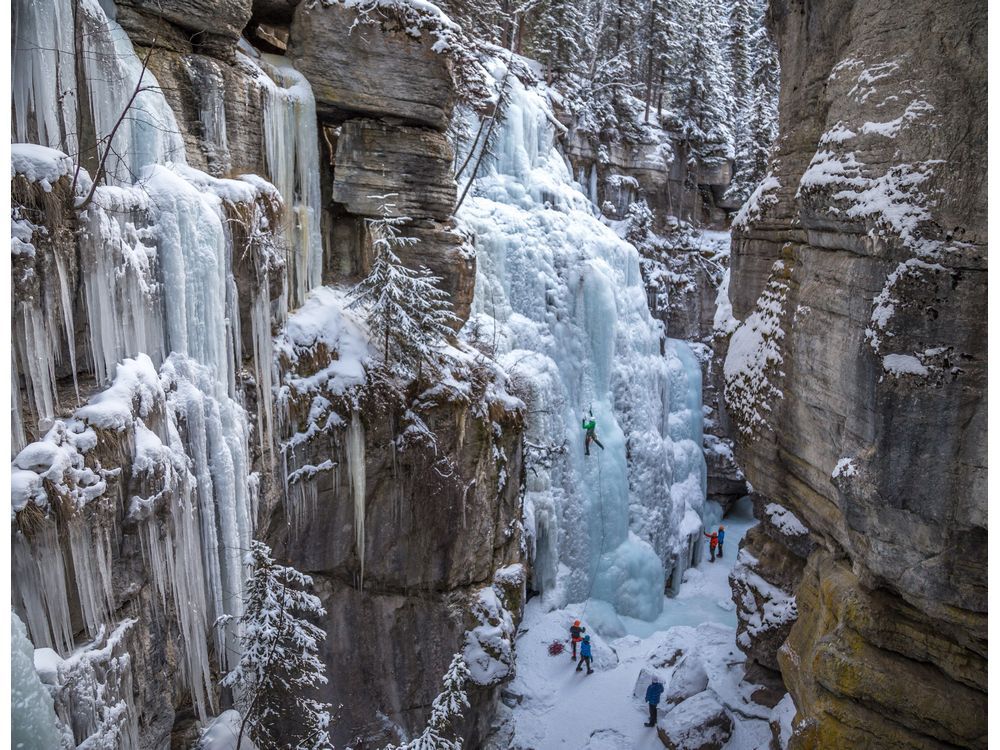 A 70-year-old Edmonton has died after falling while ice climbing at Jasper National Park.

RCMP, along with Parks Canada, responded to a report of a man who accidentally fell while ice climbing in Maligne Canyon near the fifth bridge on Wednesday just after 1:30 p.m., police said Friday.

Bystanders attempted to provide first aid but were unsuccessful and the man died at the scene, police said. A helicopter contracted by Parks Canada was able to extract the man from the canyon.

Police said the family is asking for privacy at this time and no additional updates will be provided.

Maligne Canyon is a popular destination for ice climbing in the park near Maligne Lake. According to Parks Canada’s website, several climbs can be accessed from above by rappel and/or setting up top ropes. The website warns that visitors enter the canyon at their own risk and it “can be quite hazardous” because of overflowing water, collapsing ice shelves and falling ice and rock from overhead.