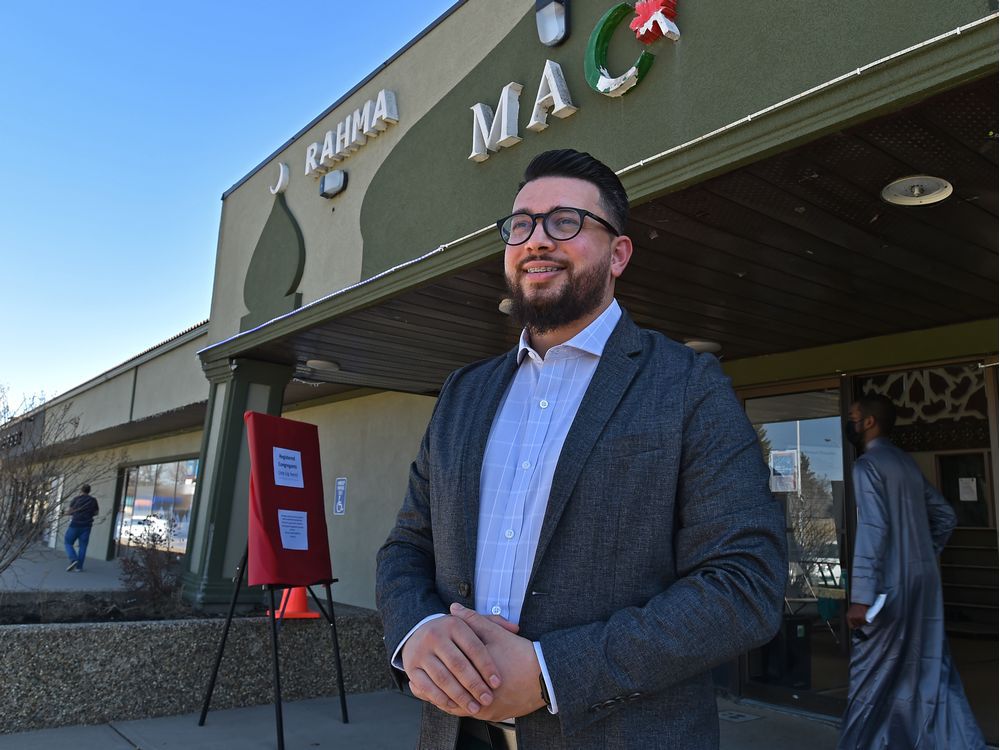 Public calls to prayers, following health measures and an illuminated High Level Bridge are all ways local mosques are adapting to the second year of Ramadan during the COVID-19 pandemic.

The High Level Bridge was lit up Tuesday to mark the start of Ramadan. It will also be illuminated to mark Eid at the end of the holy month. The city has also allowed for Edmonton mosques to play the call to prayer publicly outside the buildings so those observing the religious time will hear it as they stay outside, socially distanced.

Yasin Cetin, outreach and engagement coordinator for the Muslim Association of Canada (MAC) in Edmonton, said the public calls to prayer were first conducted in the city last year as religious services pivoted for the pandemic.

“I think it was an emotional moment especially last year, when a lot of our elders who haven’t heard the call to prayer since leaving their home countries, heard it for the first time here,” said Cetin.

He said mosques have prepared information packages for their neighbours. There were no noise complaints last year regarding the calls to prayer being broadcast outside.

Nathalie Batres, a spokeswoman for Mayor Don Iveson’s office, said they were happy to be able to accommodate the outdoor calls to prayer.

“Understanding that the Athaan is a shared experience that fosters a sense of community and connects Muslims to the community around them, we’re happy we could help make this happen during a time when the need to connect with the people around you is at an all-time high,” said Batres.

The MAC Centre Rahma Mosque in southwest Edmonton is requiring those wanting to attend ceremonies to pre-register and screen for COVID-19 symptoms. Gatherings are also being limited to 15 per cent of fire code capacity and there are marked prayer spots two metres apart to ensure all Alberta Health Service public health guidelines are being followed.

In addition to modified services, the mosque has amended how they are providing support to the broader community. Cetin said MAC has prepared 200 wellness kits alongside other community partners and have delivered more than 1,000 meals to Edmontonians.

“We’re really trying to focus on, you know, supporting community, sort of addressing their needs and giving people the opportunity to give back as well,” said Cetin.

Islamic Relief Canada announced Friday it is kicking off its largest ever, country-wide Ramadan warm meals campaign. The charity has partnered with 25 restaurants across Canada to prepare more than 3,000 meals, including 300 in Edmonton, to distribute to homeless individuals as well as seniors and low-income families.

“Since the pandemic began, many people have lost their jobs and face financial difficulties, which affects their ability to feed their families,” said Reyhana Patel, a spokeswoman for Islamic Relief Canada. “During the holy month of Ramadan, a time when Muslims fast and are encouraged by our faith to provide meals for the hungry, we want to reach as many people as possible.”