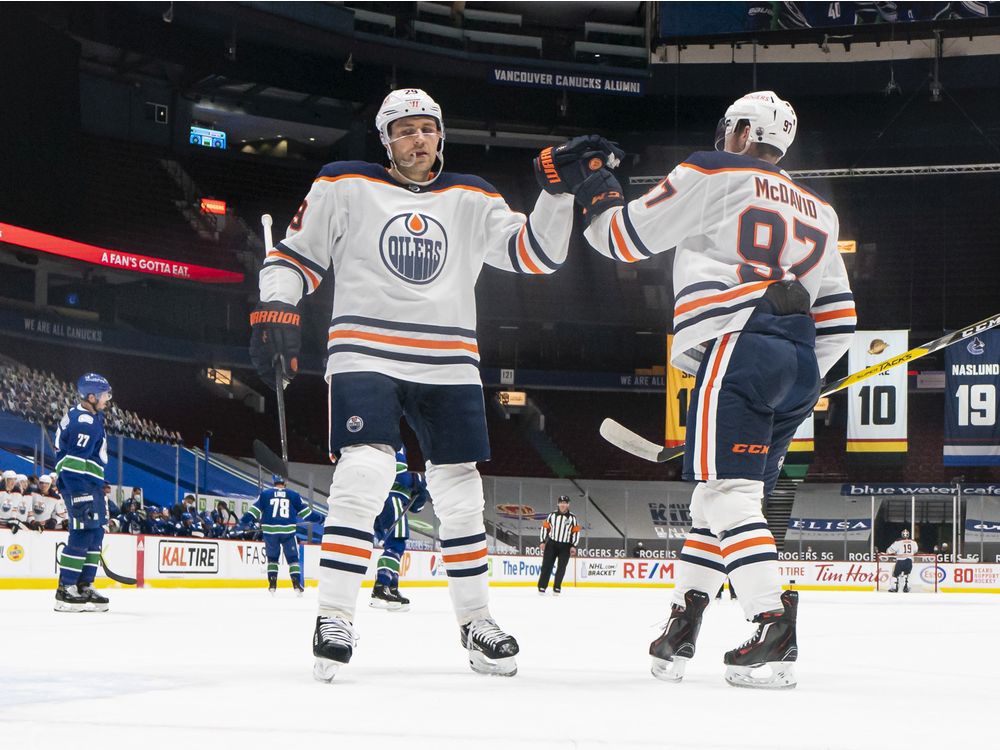 This in from host Bob Stauffer of Oilers Now:

1. Winnipeg is strong at centre ice with Mark Scheifele, Adam Lowry, Paul Statsny, Pierre-Luc Dubois, Nate Thompson and Andrew Copp all getting time this year at that position. It’s likely the strongest position on the entire team. At even strength, Edmonton will almost certainly have to fight fire with fire at that position, which is why it makes sense for coach Dave Tippett to start the series with Connor McDavid and Leon Draisaitl on separate lines.

2. From the start of the year, I’ve wanted to see Dominik Kahun on the same line as Connor McDavid and also to see the DYNamite Line of Draisaitl, Kailer Yamamoto and Ryan Nugent-Hopkins re-united. It’s the best bet to get the most of out all these players at even strength, while also have two balanced top lines. Kahun isn’t much of a driver on the attack, but he’s an excellent complementary player who doesn’t need the puck to thrive. He’s at his best quickly moving the puck, as he can take and make a pass exceedingly well. And because he’s not much of a puck carrier, he needs to be with someone who can really grab hold of the puck and create. Draisaitl is strong with the puck, but no one is stronger with in in hockey than McDavid. It’s also the case that when McDavid is on a line with Puljujarvi, but absent Draisaitl, he’s far more likely to make the most of what Puljujarvi has to offer as a shooter and passer. He’s more like to look to combine with Puljujarvi on players, and the 23-year-old forward has given strong indications he’s ready for a more prominent role, not just on the team but on the McDavid line itself.