Edmonton Oilers coach dave Tippett steps up with steadfast message: If you feel sorry for yourself … you're going to be in trouble.”

The Edmointon Oilers are down three games to zero against the Winnipeg Jets, having lost the last two games in heart and back breaking fashion in overtime.

Can Edmonton somehow win the game? Of course!

I liked the attitude of Oilers coach Dave Tippett this morning when he was asked about playing tonight. 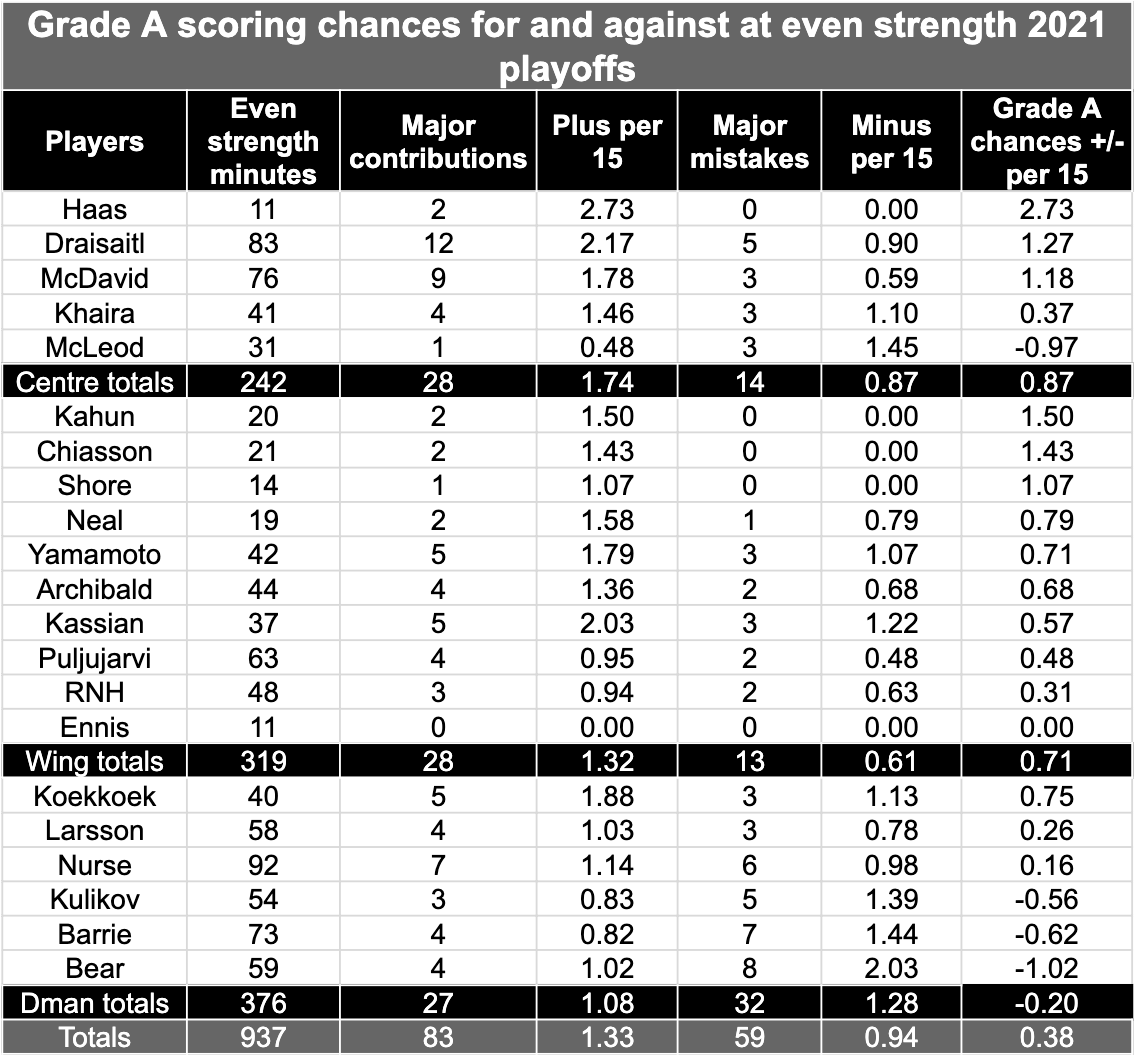 Each game against the Jets right now is a coin flip, with the coin weighted slightly in favour of the Oilers, a team that has put up 38 Grade A chances in three games, with the Jets getting 34.

If you think our scoring chance grading is out-of-whack with what’s gone on in these games, as we’re Oilers fans after all, Natural Stat Trick also measures chances, counting both shots on net and shot at net, weighting each one on how likely it is to go in based on shot location.

Here is what they report for Expected Goals based on shot location for the first three games:

They have Edmonton with an even greater edge in play than we do at the Cult of Hockey.

One game at a time …

Will the Edmonton Oilers win tonight?

The odds of the Oilers coming back and winning the series are exceedingly small, with only four teams in NHL history having coming back from being three games down:

If you want to review our work, here is a running count of Grade A chances for all three games, complete with descriptors of each chance for and against and how Bruce McCurdy and I graded them.

The difference between the Jets and the Oilers is razor thin, three plays, three goals against the Oilers, three wins for the Jets.

We don’t know if the Oilers will have any line-up changes (and I’ll update this post if any news breaks) but I liked the lines that coach Dave Tippett went with in Game Three. The Smurf Line of Gaetan Haas, Kailer Yamamoto and Tyler Ennis was surprisingly effective in two-way plays, with the Jets struggling to handle their speed and skill. This trio got Edmonton’s best chance in overtime.

STAPLES: Oilers loss in Game 2 puts the club in a deep, deep hole

Previous articleWant to keep staff amid COVID-19? Target burnout, experts say
Next articleBitcoin, Ethereum prices up as cryptocurrency bounces back from 2 weeks of losses