Edmonton Oilers not believed to be in the mix for Taylor Hall, NHL insiders say. But why not? 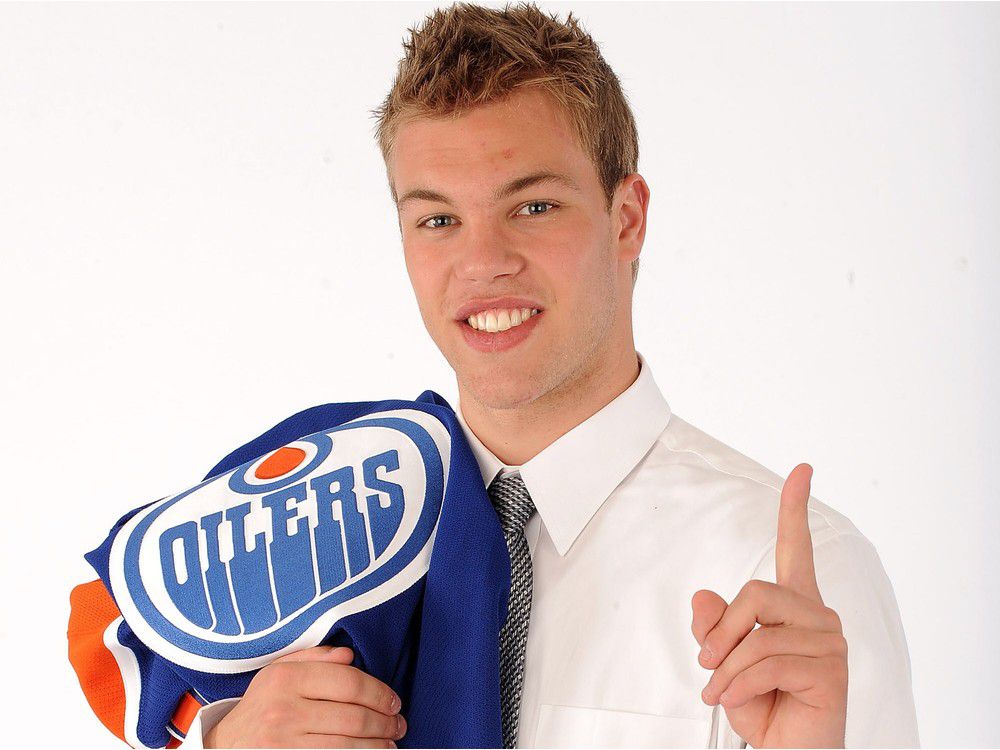 This in from TSN’s Ryan Rishaug., pouring and bucket of snow and ice water on speculation that the Edmonton Oilers might try to trade for Taylor Hall: “As expected, don’t believe the Oilers are in the mix on Taylor Hall at this point. Much speculated in recent months but again, Oilers are dollar in, dollar out and not looking to move picks.”

And TSN’s Darren Dreger: “Some hard work getting done today in Buffalo. Sources indicate a Taylor Hall trade is getting close at this point.”

And the Journal’s Jim Matheson: “Oilers have three holes right now with LW on 2nd line to play with Leon or RNH primary. Second pairing rental D with size and experience and 3C with some offence. Can’t fill all those in one trade deadline. Oilers aren’t Cup contender so not selling the farm on 1st rounder.”

And Buffalo hockey writer Joe Yerdon: “Nick Foligno has 16 points in 42 games and nets a first-round pick. Taylor Hall has 19 points in 37 games and isn’t 33 years old and isn’t worth a first?”

And TSN’s Frank Seravalli: “Amid pandemic with a flat cap, clearly the price has gone up a round for the same amount of money. Should all correspond from there. So for Taylor Hall, for instance, he makes exactly double Savard. Have to think it costs at least a 3rd just to help broker that deal if needed.”

And ESPN’s Emily Kaplan: “Ahead of tomorrow’s trade deadline, I’m hearing Taylor Hall trade could get done soon. Buffalo won’t get a 1st though/”

1. If you don’t think the Oilers need to improve their offence at deadline, well, they can’t win just relying on Connor McDavid and Leon Draisaitl. First 30 games, the team averaged 12.8 Grade A chances per game. Last 12 games, just 7.8 Grades A per game. Other teams have figured out Oilers. But Edmonton is strong up the middle with McDavid, Draisaitl, Darnell Nurse and Mike Smith. They need a winger to play with McDavid or Draisaitl. They’re already renting Tyson Barrie, Ryan Nugent-Hopkins, Adam Larsson and Smith, all on expiring contracts. Why not go for it?

2. There are, of course, things the Oilers could try internally to change things up on the top two lines. Why not go back to the line of RNH, Draisaitl and Yamamoto? Why not call up Tyler Benson, Cooper Marody and/or Ryan McLeod? But if they can bring in a scoring winger for McDavid, I’d be open to seeing them move their 1st pick this year. If they don’t want to move that pick, they’ve now got a handful of strong NHL prospects not named Evan Bouchard, Philip Broberg or Dylan Holloway they could move.

3. If the Oilers are hot after Taylor Hall, it certainly doesn’t sound like it. If they are after him, Oilers GM Ken Holland is a helluva good poker play because there’s been no tell-tale signs that Edmonton is interested.

4. If Edmonton isn’t after a top winger like Hall, I don’t get it. I don’t buy the “Oilers need a third line centre” thing. Edmonton has Jujhar Khaira playing strong two-way hockey, putting up points at a decent rate. And if the Oilers don’t want to move a pick, move a prospect other than Broberg, Bouchard or Holloway. A few of them have solid value, at least that of a second round pick. And I don’t understand why the team would be so much more aggressive at the deadline last season when it moved two second round picks for Andreas Athanasiou and lower round picks for Mike Green and Tyler Ennis. Why go for it then, but not now? If anything, the team is better positioned to win this year than last year.

5. Finally, there are more players than Taylor Hall out there to be found in trade. Rickard Rakell, for one.

“We see these kind of jumps on mountains quite regularly," he said standing next to the structure on Tuesday. "But to see them in...
Read more
Facebook
Instagram
RSS
Twitter