Edmonton Oilers place Kyle Turris on waivers, a small move. Any big ones coming for a team struggling in two-way play?

The Edmonton Oilers have placed Kyle Turris on waivers.

It’s a small move with a player who has struggled in league play this year. But the Oilers are also struggling, at least when it comes to the flow of play.

Edmonton has a record of seven win and four losses in the last 11 games, which is outstanding. Edmonton has mainly been winning because of the stellar play of goalie Mike Smith. This is why we now see people like Jack Michaels, the team’s excellent play-by-play announcer, putting out the idea that Edmonton’s real MVP might just be Smith, and not the astonishing Connor McDavid or Leon Draisaitl.

But as Smith’s game has taken off, the Oilers own play has faded. When it comes to creating and defending against Grade A chances, the Oilers are in trouble.

Edmonton had massive positive differentials in scoring chances in the first 30 games of the year, but this trend has completely reversed in the last 11 games.

Not good. Not even close to good.

It’s fantastic that the Oilers are still finding a way to win most of their games. But unless the team can change course here, which is certainly possible, this does not bode well for a long playoff run. 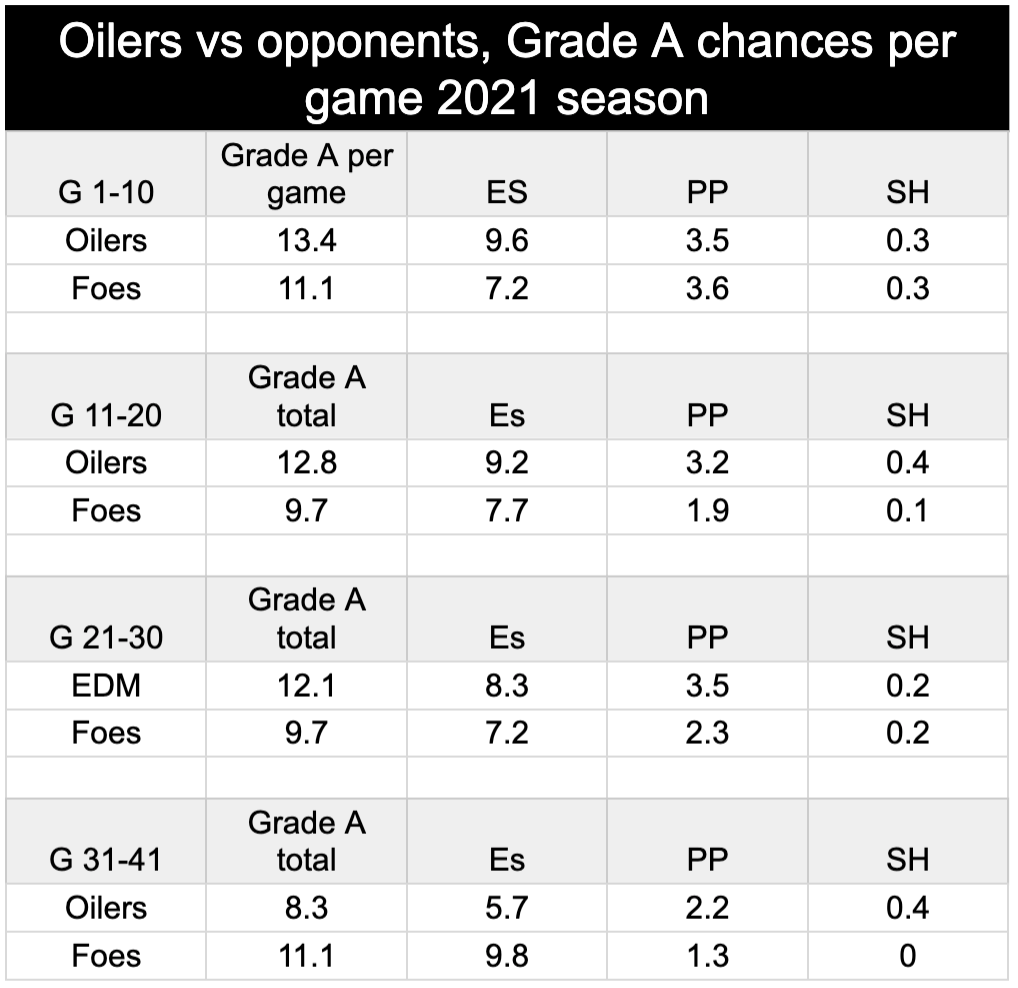 Previous articlePrince Philip: With no governor general, who from Canada might attend a royal funeral?
Next articlePfizer requests U.S. emergency use for its COVID-19 vaccine in kids aged 12-15