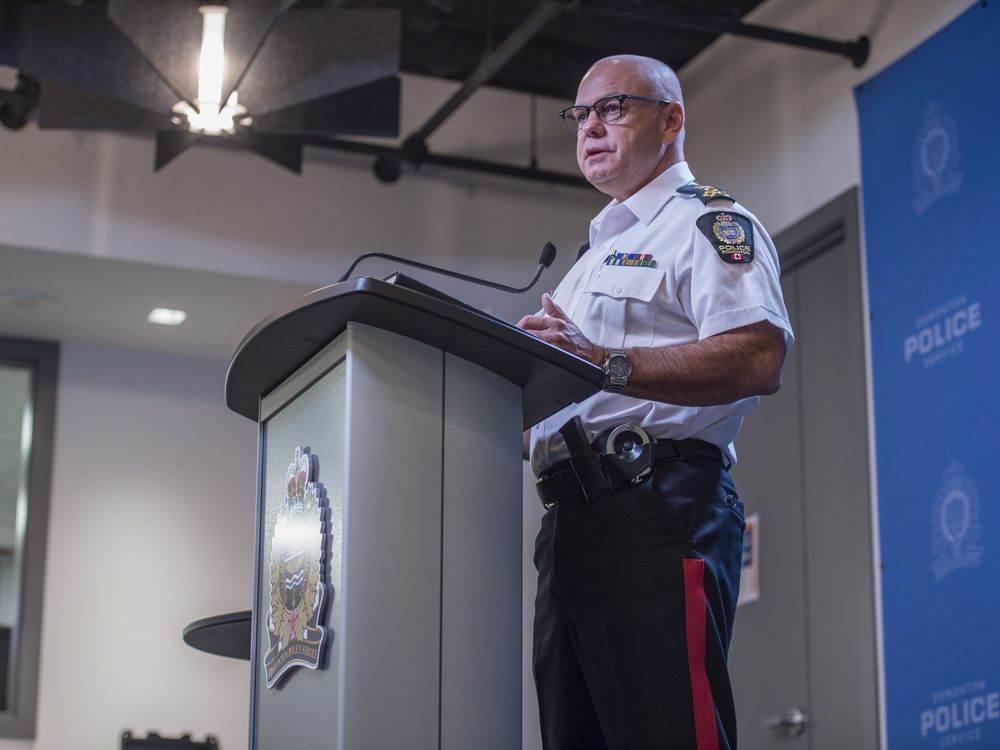 The Edmonton Police Commission is calling for an overhaul of police governance in order to get better results from the $7.5 billion invested in community safety annually.

In a report presented to city council last December but just released publicly Monday, the commission is recommending a transformation to a public governance model for all municipal services and programming within the “human services ecosystem,” including the police.

Rather than the police commission reporting to city council separately of the city as is the current practice, a new regulatory body would be created to provide a public governance model for all programs within the City of Edmonton that work in the social services space. This would include policing as well as services such as housing and homelessness supports.

The police commission would still exist and focus on law enforcement services, including an expansion to govern city peace officers as well as portions of traffic safety.

Commission chairwoman Micki Ruth said this would be a substantial change of policing governance in Edmonton, but it is necessary to ensure effective oversight of funding, services and outcomes.

“Because there are billions of dollars already invested in the human services ecosystem, the commission believes that funding is not the primary issue so much as aligning and integrating services,” Ruth said in a Tuesday morning statement. “This would represent a major change in the governance of safety and wellbeing in Edmonton, but we emphasize this would not detract from the essential role of policing. Rather, it would allow a greater focus on the systemic causes (such as poverty, housing and social service needs) which create so many of the current pressures on the Edmonton Police Service.”

Following the public hearing on police reform last summer, council directed the commission to analyze all the money spent in the city’s social safety net, not limited to police. A social impact audit conducted by HelpSeeker estimated $7.5 billion in investments annually into community safety. This includes $2.1 billion to community and social service non-profits providing support related to homelessness and poverty and $782 million for police, fire and emergency first responders.

Responding to the audit Tuesday morning, EPS Chief Dale McFee said there are too many redundancies and overlaps in the current funding model and that the significant annual investment isn’t being used effectively.

“It also represents a considerable amount of dollars that many of our vulnerable and at risk unfortunately don’t get the full benefit of because our systems are not coordinated,” McFee said. “Simply put, we have been working in silos for so long that it’s time to look at the structures that create the silos. The reality is that we’ve all lost sight of the bigger picture because we’re preoccupied with our individual roles within our own community.”

McFee said the police service is calling on the provincial government to take immediate action by developing an integrated investment framework to better coordinate funding streams.

As for the police commission’s governance proposal, city staff are currently reviewing the plan and expected to respond in June.