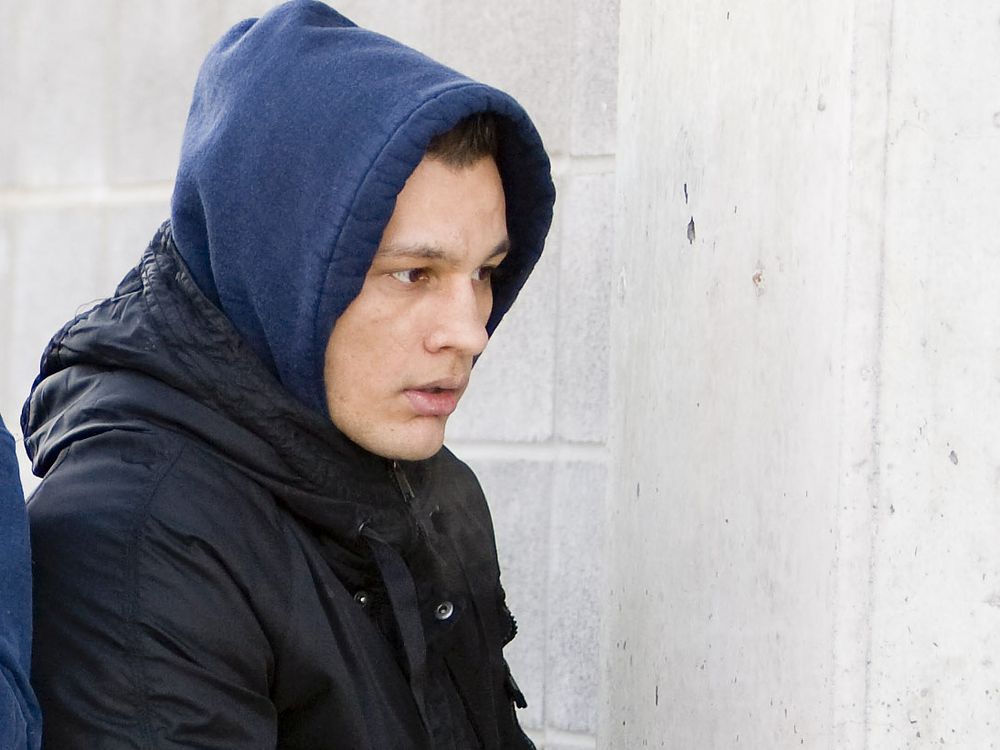 An Edmonton city police officer has been handed a pay cut and 60 hours of community service after admitting to dragging a homeless man along the ground during an arrest at City Centre Mall.

Const. Marty Franco admitted to professional misconduct for his role in the Dec. 10, 2017, arrest at a hearing last month.

Franco was one of three officers who responded that evening to a complaint from mall security about an intoxicated man.

The officers found the man, identified in a written decision released Wednesday as Mr. BB, lying on the floor of a holding room. Eventually, one of the officers dragged the man from the room by his arm.

Franco then grabbed the man’s arm and dragged him along the ground to an EPS van in the mall parkade. While lying on the ground, the man made a swinging motion with his arms. Franco responded by putting up his fists in a “mock boxing pose,” the disciplinary decision says.

BB eventually made it to his feet. Franco delivered two “knee strikes” to his upper thigh area while BB was facing into the police van, despite the fact he showed no signs of resisting.

Franco then turned back to mall security staff and “raised his arms in the air in a mock celebration pose.” The officers then drove the man to Hope Mission, where he was released on a promise to appear for breaching court conditions.

Some of the incident was captured by the mall’s CCTV cameras.

The disciplinary decision does not state who filed the complaint against Franco.

Franco was cited in April 2020 with four offences under the Police Act: two counts of discreditable conduct for dragging the man along the floor and for striking the boxing and celebration poses; unlawful or unnecessary exercise of authority for kneeing the man; and insubordination for failing to properly document and report the use of force.

Franco admitted to all but the discreditable conduct count for the boxing pose, which was withdrawn.

Lawyers for Franco and Police Chief Dale McFee made a joint submission for a 30-hour suspension without pay and 60 hours of community service.

Derek Cranna, a lawyer for the police chief, said aggravating factors include Franco’s seniority, the “undignified” gesture and the “vulnerability” of the victim.

He credited Franco for pleading guilty to the charges and noted that BB was not seriously injured.

Kamins also acknowledged Franco’s efforts to perform community service “despite the limitations imposed by the pandemic.”

Franco joined EPS in 2009. In 2014, he pleaded guilty to three counts of deceit for lying about needing bereavement leave in order to take vacation during a trial at which he was scheduled to testify.

Franco was acquitted of an excessive force complaint that same year, related to a 2011 arrest at a north-side meat shop.

Franco did not respond to a request for comment.