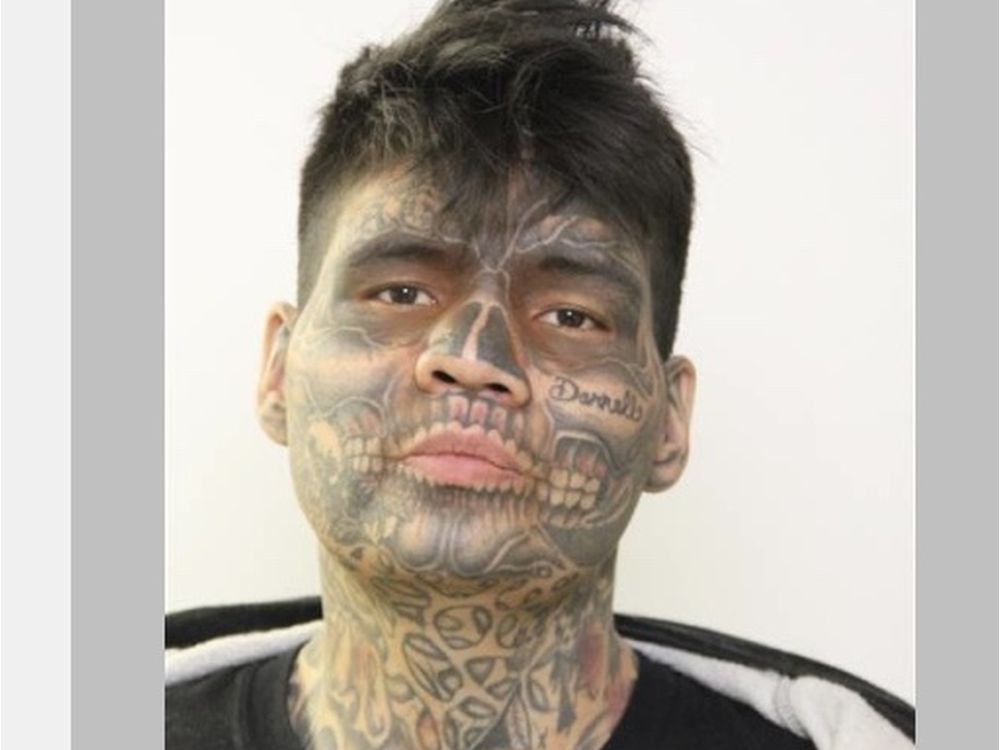 Edmonton police have issued a warning to the public about a dangerous offender who removed his monitoring bracelet and may be armed.

Clint Carifelle, 30, was last seen Wednesday night at a residence in the area of 119 Avenue and 101 Street. Police said he has removed the monitoring ankle bracelet placed on him due to his ‘violent tendencies.’

Carifelle is described by police as 6’3”, weighing 214 pounds, with brown hair, brown eyes and face tattoos that he is known to cover with makeup.

Police said Carifelle is known to carry weapons and should not be approached.

“Anyone who encounters him should contact police immediately by calling 911,” police said.

Police said Carifelle has ties to Saskatchewan and may be travelling there.

Previous articleEdmonton weather: Was not expecting a -24 wind chill this morning
Next articleOntario doctors, caregivers push for in-home COVID-19 vaccinations for housebound seniors

I just told him these guys are planning to steal something,' one accused in the double homicide said. 'I said we're just chasing them...
Read more