Edmonton ranks at the top of major Canadian cities for flood mitigation with a B+, study finds 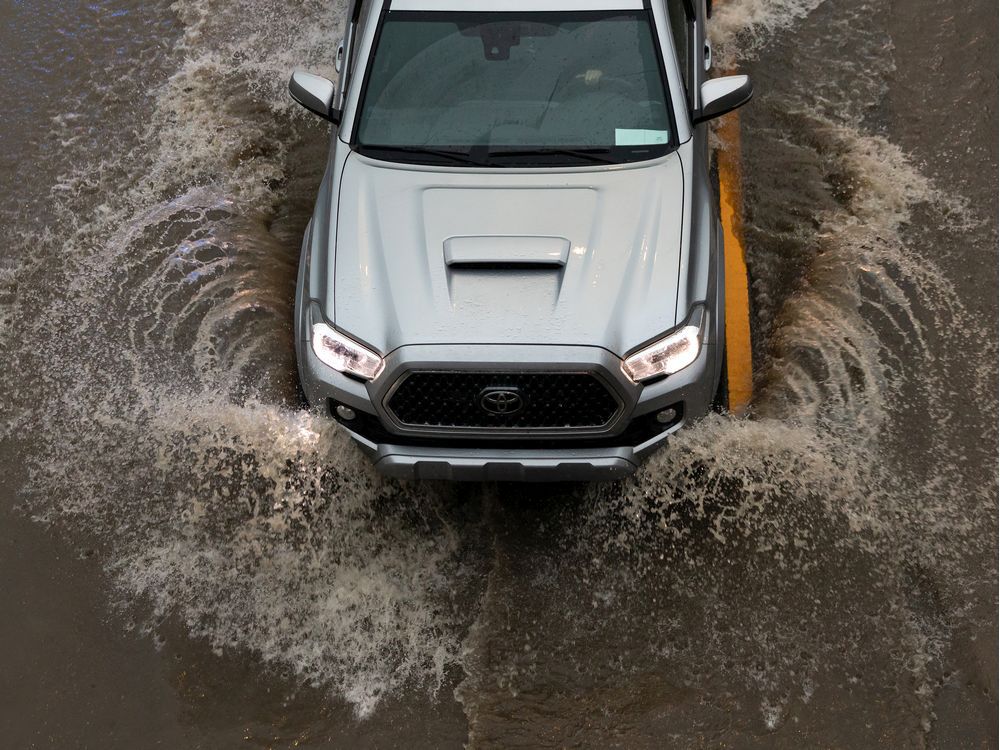 Edmonton is being recognized on the national stage for its leading flood mitigation plan, scoring a B+ in a recent research study.

In a study conducted by the Intact Centre on Climate Adaptation at the University of Waterloo, Edmonton was tied at the top of the list of 16 major Canadian cities for limiting the risk of flooding. Regina and Toronto also scored a B+ with the average grade of C+ across all municipalities.

Edmonton was singled out for its risk management and preparedness for flooding in residential properties. It’s the only city of the 16 to offer free home flood assessments. Epcor, in charge of the city’s drainage system since 2017, offers three types of flood prevention home checkups to help residents identify and resolve any potential drainage defects to minimize the risk of flood damage.

“Only Edmonton reported that its utility, Epcor, provides information to residents to allow them to determine if their property is in a flood-prone area. Subsequently, upon request, homeowners may request a complimentary home flood assessment. Most other cities indicated that they only provide high-level information for residents to allow them to learn whether their property is located in a riverine and/or coastal flood-prone area,” the study found. “Edmonton demonstrated strength in terms of all domains of its flood preparedness, thereby earning it one of the highest scores of any city in Canada.”

It’s a much-improved evaluation for Edmonton than the previous study in 2015 where Edmonton scored on the low end with a C. Ward 10 Coun. Michael Walters said he brought that report forward to council’s utility committee at the time and it was agreed upon that more work had to be done to prepare against flooding. Drainage utilities were transferred over to Epcor in 2017, which Walters said sparked the shift.

“When you have a specialized utility and environmental solutions company at your disposal like the City of Edmonton does, it makes incredible sense to shift those assets over, and when we shifted them over, one of the conditions was a substantial and significant stormwater management strategy and climate change adaptation plan,” he said. “They produced that and I’d say that’s the biggest reason we now have what I would say is the best plan in the country to protect our citizens, their properties, our businesses, our major public institutions, our important communications and other utilities from major flood events.”

In a statement to Postmedia, Epcor said it is pleased to be recognized for its flood mitigation efforts over the last several years, but there is still work to be done. Epcor is addressing stormwater flooding in areas where it has occurred previously, including in Mill Woods as well as in Parkallen, with the addition of new dry ponds. Over the next 20 years, Epcor plans to invest $70 million for a smart sensor program to better predict and manage the movement of stormwater.

“Epcor improved Edmonton’s report card score by leveraging the planning approach we use in the water and electricity utilities to improve the reliability of this critical infrastructure,” the statement said. “This integrated approach is delivering more effective flood prevention, at a lower cost and on a faster timeline.”