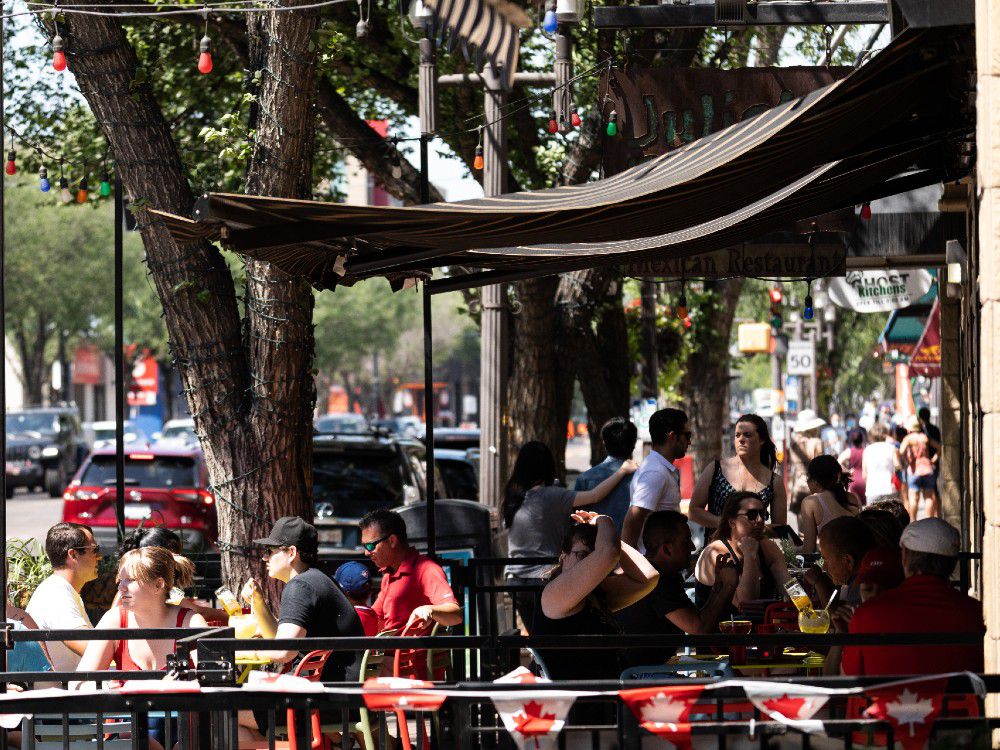 The heatwave that has settled over Edmonton and much of western North America is now among the longest in the city’s history, with forecasters calling for at least one more day with highs in the 30s.

On Canada Day, Edmonton matched the record for most consecutive days with highs above 30 C. The city has now had six days in a row with highs in the 30s, tying the record set June 7, 1961, said Chris Nelson, an engineer who runs the Edmonton Weather Nerdery blog.

He said the heatwave is unique on several fronts.

“Last night we set the warmest overnight low ever recorded,” Nelson said Thursday afternoon. “Tonight we probably set it again. Yesterday, we had the second warmest day ever recorded. It’s a whole bunch of stuff all happening at once.”

During the hot streak, Edmonton has broken two daily-high records. Wednesday was fractions of a degree from breaking the all-time high of 37.2 C set June 29, 1937.

The city is close to tying the three-day record for consecutive highs above 35 C, Nelson said.

Nelson, who aggregates and tracks Environment Canada data going back to the 1880s, said a long 30-plus heat wave for the Edmonton region is usually three days.

This heat wave is also unique for the sheer number of overnight low records that have been broken.

“We broke two daily high records, but we also set five warmest overnight lows in June, including the one that was the all-time (overnight) high yesterday at 22.8 C,” he said. Warmest June on record.

The heat comes as British Columbia erupts in wildfires after a week of record-setting temperatures. The Village of Lytton in the B.C. Interior was evacuated Wednesday after a flash fire broke out in the community’s core. At least two were killed.

Experts link the “heat dome” that has settled over the western half of the continent to changes in the jet stream brought on by climate change.

In the Edmonton region, fire crews spent much of Canada Day keeping an eye on wildfires.

A wildfire west of Tomahawk in Parkland County continued to give crews trouble. The county warned residents of the risk of “extreme” fire behaviour given the heat. Boaters on popular bodies of water such as Wabamun Lake were asked to use extreme caution as air tankers will be using lakes in the area to fill up.

The City of St. Albert, meanwhile, has brought in restrictions on non-essential water use to lessen the strain on local reservoirs.