The European Union is rebuffing British government calls to ship AstraZeneca COVID-19 vaccines produced in a factory in the Netherlands, an EU official said on Sunday.

Former EU member Britain has so far administered many more vaccines than EU countries in proportion to the population.

“The Brits are insisting that the Halix plant in the Netherlands must deliver the drug substance produced there to them. That doesn’t work,” the official told Reuters.

The Leiden-based plant which is run by sub-contractor Halix is listed as a supplier of vaccines in both the contracts that AstraZeneca has signed with Britain and with the European Union.

“What is produced in Halix has to go to the EU,” the official added.

Britain has insisted that contracts must be respected.

“The European Commission will know that the rest of the world is looking at the Commission, about how it conducts itself on this, and if contracts get broken, and undertakings, that is a very damaging thing to happen for a trading bloc that prides itself on the rules of law,” Defence Minister Ben Wallace said on Sky News earlier in answer to a question about Commission President Ursula Von der Leyen’s threat to block exports to Britain. 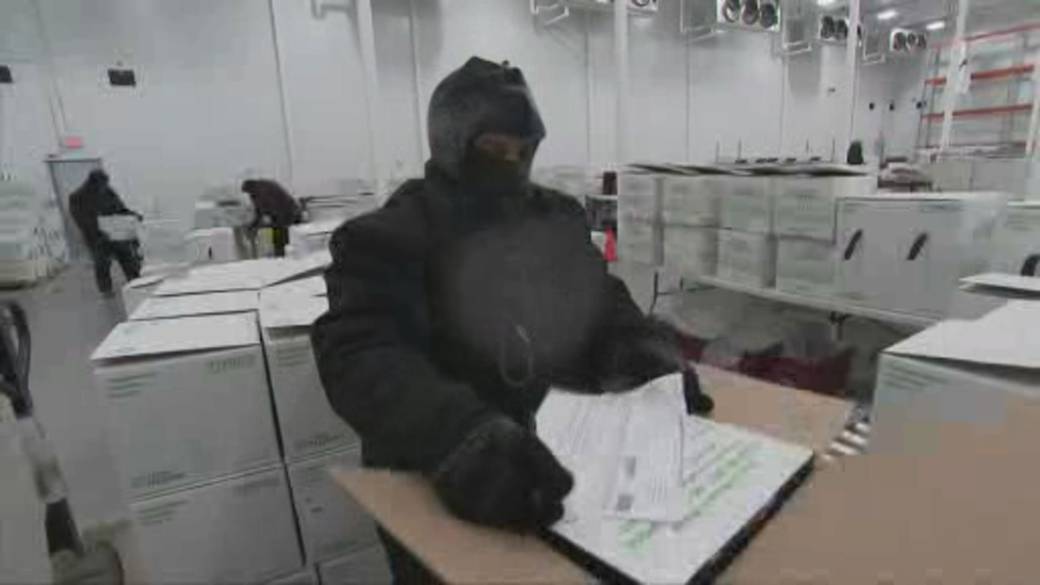 The EU official said the EU was not breaking any contract.

The European Union threatened on Wednesday to block exports of COVID-19 vaccines to Britain to safeguard scarce doses for its own citizens, with Von der Leyen saying the epidemiological situation was worsening.

AstraZeneca has not yet sought approval in the EU for Halix, but the official and a second EU source said the request was on its way.

Without regulatory approval, vaccines produced at Halix cannot be used in the EU.

An internal AstraZeneca document seen by Reuters shows that the company expects EU approval on March 25.

AstraZeneca has declined to comment on the amount of vaccines that are currently stockpiled at Halix.

The EU official said the factory had already produced shots, but was not able to quantify the output. Under the EU contract with AstraZeneca, vaccines must be produced before approval and be delivered immediately afterwards.

Two factories in Britain run by Oxford Biomedica and Cobra Biologics are also listed as suppliers to the EU in the contract with AstraZeneca, but no vaccine has so far been shipped from Britain to the EU, despite Brussels’ earlier requests.

Officials have said that Cobra is not fully operational. AstraZeneca told EU officials that the UK is using a clause in its supply contract that prevents export of its vaccines until the British market is fully served, EU officials said.