Evan Bouchard moves to left side of defence, Jesse Puljujarvi and Gaetan Haas back on ice

This in from Oilers Now host Bob Stauffer, Edmonton’s new lines and defence pairings, with Jesse Puljujarvi back on the top line, the Nitty Gritty Dirty Line of Tyler Ennis, Jujhar Khaira and Josh Archibald intact, Ethan B Bear back, and partnered with Evan Bouchard, who is slotted on the left side, and Gaetan Haas back on the ice. 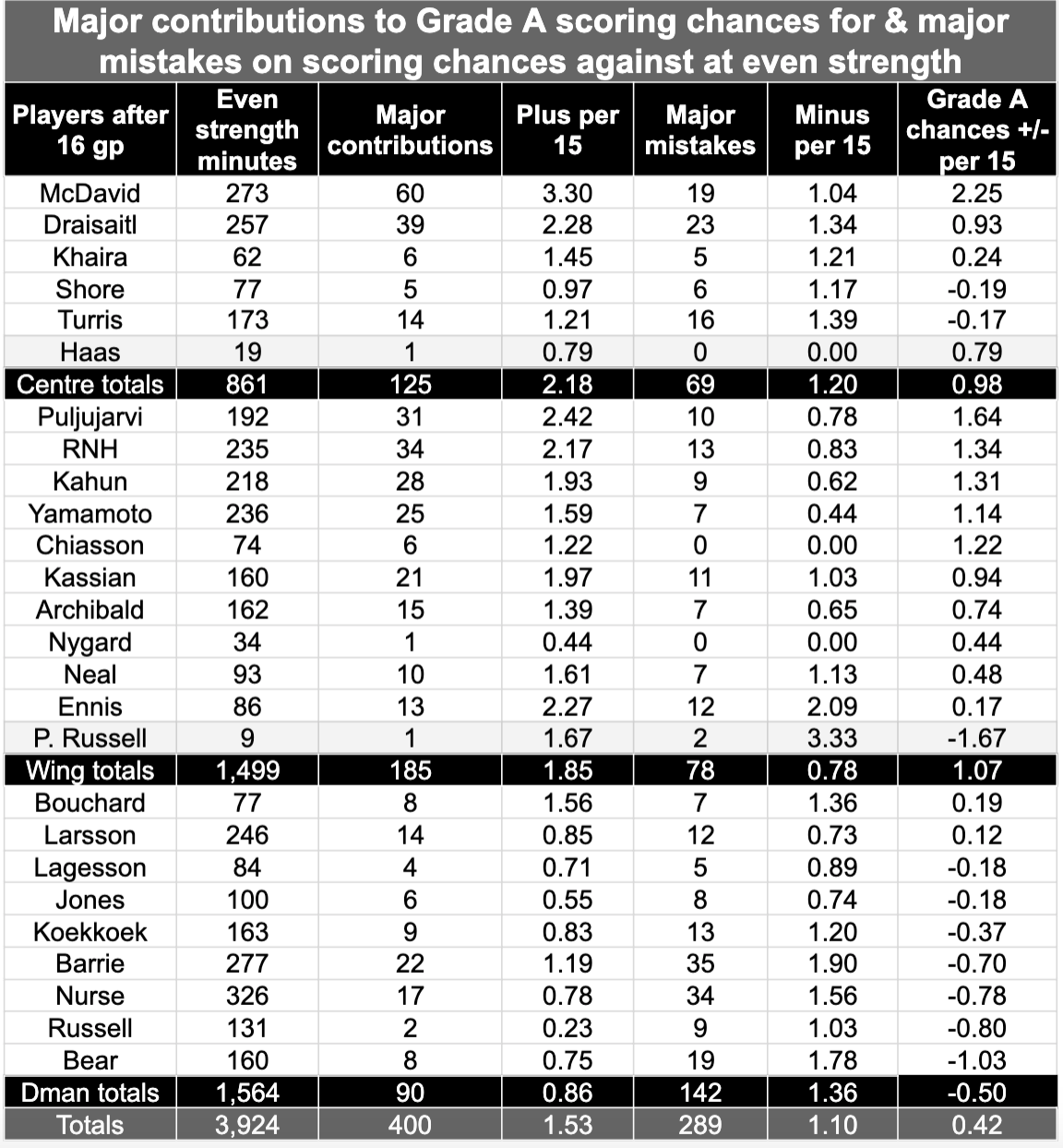 1. First off, it’s great that it was only a COVID scare for Puljujarvi, and not the real deal. How unfair and unfortunate it would have seemed if Puljujarvi came down with the disease just as he was finally hitting his stride consistently on a top line. Even if his case had been mild — as it is for almost all young people — he would have been out of the line-up for a long time.

2. In a few short games, Bouchard has won over the coaches to the extent that they’re doing a bit of a line-up back flip to keep him in the game. But I approve. Much is being asked of Bouchard right now, having him move over to the left side. Not only is he a rookie but at even strength he did not play the left side for the London Knights (though my Cult of Hockey Kurt Leavins reports he did play the left side on the power play in London).  Bouchard’s strength is puck retrieval, calmness, and moving the puck. The hardest thing about switching sides is that aspect of the game, moving the puck out of your own zone when you’re often on your backhand. If any Oilers d-man can do it, it’s Bouchard. He’s got the best passing skills of any d-man on the Oilers, so much so that it also makes a great deal of sense to do whatever is necessary to keep him in the line. As for his play in the o-zone, he’s going to be all the move lethal on his off-side on the attack, as he’ll be set up perfectly to take one-timers and also more able to move quickly and with lethal intent into the slot to take a dangerous shot.

3. I’m not sure how healthy Haas is but the moment he has his skating legs fully under him he should go into the line-up ahead of Kyle Turris. Turris has played better hockey in his most recent games, but Haas made a statement in the two games he was able to play, showing he’s got the speed and defensive technique to get the job done as a third or fourth line centre. Perhaps Turris can crank up his defensive zone play to warrant a line-up spot but I still have questions about his skating speed and defensive slot coverage. I have no such questions about Haas.

4. Caleb Jones is having a hard time cracking this roster, but if there’s one thing we know it’s that injuries will come. I would not play him over “Wild” Bill Lagesson right now, as Lagesson has been solid both on the penalty kill and as.a two-way defender at even strength. It’s no easy thing to juggle all the useful d-men on the Oilers right now, but coach Dave Tippet’s current defensive roster makes a great deal of sense to me. But am I missing something? Does he have it wrong in some way?

LEAVINS: Oilers play most complete game of the season in 3-0 win over Habs

Previous articleIn defence of the Edmonton Oilers Defence: 9 Things
Next articleEthan Bear not yet ready and won't play against the Winnipeg Jets