Fact or Fiction: Is it time to shorten the 40-hour workweek?

Would you believe it if you heard Canadians used to work 10 hours a day … every day?

In fact, the fight for an 8-hour workday began more than a century and a half ago, yet the dream only materialized in Ontario in 1944.

It’s actually one of the reasons we began to celebrate Labour Day in 1872.

But that was then, and this is now.

A 2020 survey by Angus Reid Institute found that 53 per cent of Canadians felt shortening the standard workweek even further — to 30 hours — would be a good idea.

The argument is that a shorter workweek would allow work to be spread around to multiple people, reducing unemployment.

It would also, theoretically, allow employees more personal time with family and friends to recharge, so they can come back more rested and be more productive.

Read more: ‘Nothing is off the table’: B.C. premier on a 4-day workweek following coronavirus pandemic

Will it work? Associate Professor Yujie Zhan at Wilfrid Laurier University says the evidence is debatable.

“Most of the research findings are based on surveys or correlational studies,” said Zhan, who is an an expert on work stress at the Lazaridis School of Business and Economics.

“We don’t have a firm conclusion about the causality.”

One such example is a cluster of studies analyzed by the CDC in 2004.  In 16 out of 22 studies, working overtime was associated with poorer perceived general health, increased injury rates, more illnesses, or increased mortality. It was also associated with increased alcohol use and smoking, as well as unhealthy weight gain.

But Zhan says just because overtime is associated with these negative side effects doesn’t mean it’s the cause.

Read more: A 4-day workweek boosted productivity by 40% at Microsoft Japan. Would it work in Canada?

That hasn’t stopped organizations like Microsoft Japan from giving a reduced workweek a try. After a month of shutting down their offices every Friday (and keeping employee pay the same,) the company reported productivity was up by 40 per cent.

Even the Prime Minister of Finland suggested a 4-day, 6-hour flexible workweek may be the new wave. 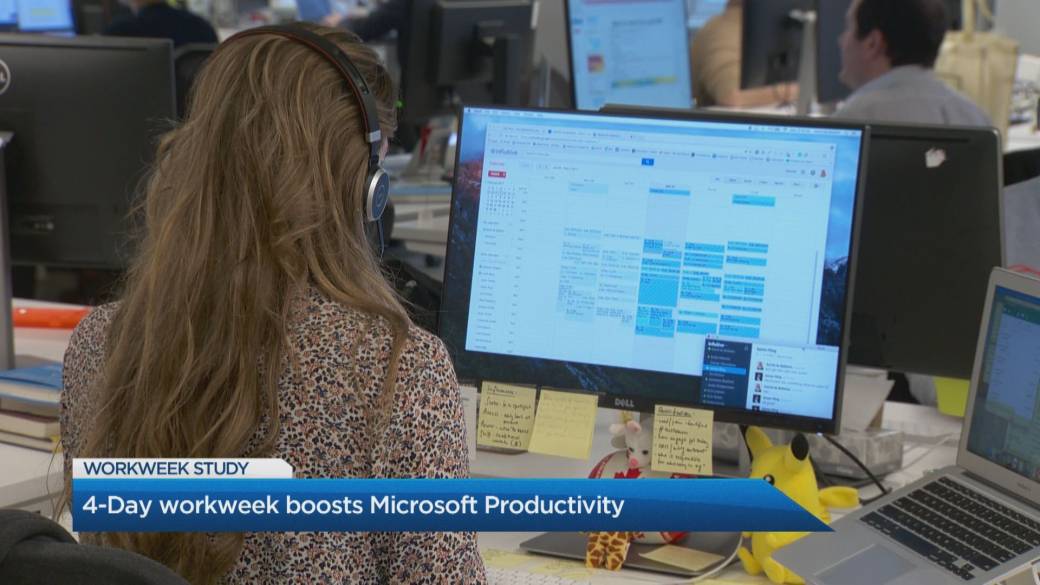 Still — while there isn’t enough evidence to believe 40-hour workweek is outdated — Zhan says we have good reason to believe traditional work and leadership styles are.

What do we mean by traditional? Think commuting for several minutes (or hours) every day just to sit at a desk in an office. Hours of meetings. A work structure that was handed off to employees from the top down.

Labour and leadership restructuring is certainly not a new concept. However, Michelle Chambers believes the COVID-19 pandemic has thrust this conversation to the forefront yet again.

“We’re going to have a hybrid workforce, no question,” said Chambers, who is the Chief People, Culture, and Strategy Officer at Chambers and Associates, an organizational behaviour consulting firm.

“I don’t think organizations will look at changing that 40-hour workweek per se. I think we’re going to be looking at how can we have more flexible time, core working hours, how can we make people feel connected to their purpose at work.”

According to Statistics Canada, full-time employees aged 24 to 54 worked almost the same number of hours they were instructed to. University of Waterloo research shows the number of people working more than 50 hours is on the decline.

Read more: ‘It feels like failure’: Why Canadian workplaces should offer stress leave

However, Chambers notes that there are still many people who are supposed to work 40 hours a week, but actually end up working 50 to 60 hours. A 2020 Statista survey illustrates that this is a very real phenomenon.  Another StatCan study put this number at one million Canadians — who are working multiple jobs.

A big contributor to being overworked, according to Chambers, is a decade-long trend of increasing employer demands. However, an added layer — especially during COVID-19 — is technology.

“I can tell you almost everyone I know gets emails Saturdays, Sundays … Many of [the employees] are finding that — with the technology for example — they’re accessible for longer hours during the day, and many organizations don’t have clear policies or practices on what would be core working hours,” said Chambers.

Chambers and Zhan both say working from home, or alternating between office and home, has undoubtedly brought about benefits for many people.

That long commute is now shorter, meaning more time with family or loved ones. 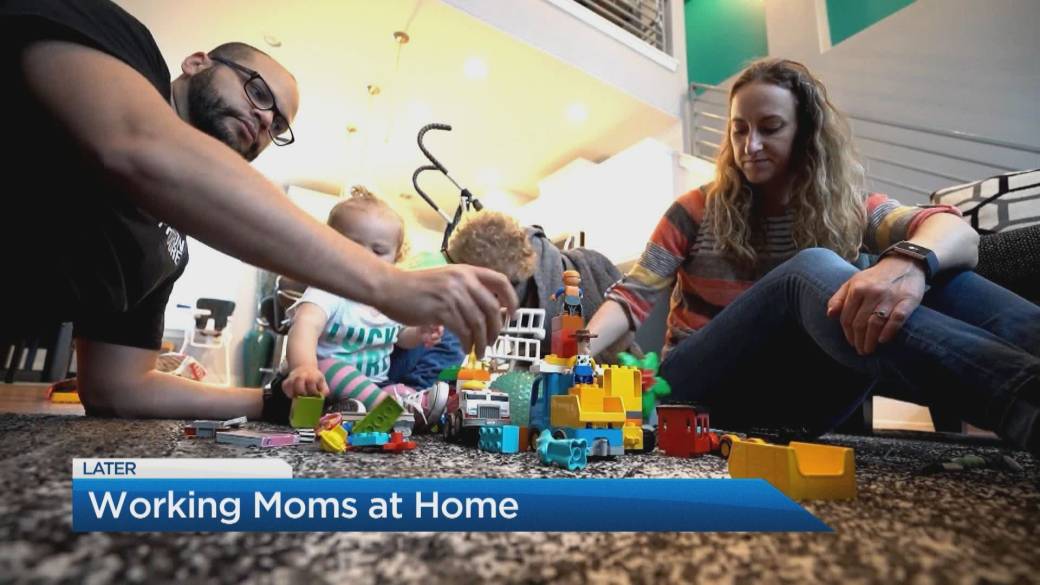 However, both experts reiterate that the technology can bring a downside — if you’re not allowed to disconnect.

“We all need to recover from work stress… one important component of work recovery is actually work detachment, meaning we detach ourselves from doing any work tasks or thinking about work-related issues … so obviously this technology makes it difficult,” said Zhan.

Read more: COMMENTARY: How the pressure to perform leads to video chat fatigue

Zhan says people unable to recover become more sensitive and vulnerable to any additional stress. So minor inconveniences may feel like a huge bump in the road.

Chambers also notes this can snowball into other things for businesses — such as loss of key talent — because employees begin to look for work elsewhere.

So how do we make sure a hybrid working model is beneficial, not detrimental to employees? Both experts say a good starting point is giving the employee autonomy to decide how they want to work. (Hint: No more “one-size-fits all” approach.)

That means they get to outline their most suitable work hours, whether there’s a need for flexibility, and whether they want to work from home, the office, or both.

It also means, according to Chambers and Zhan, that employees should be allowed to set boundaries for personal time to and step away from technology. Yes, that includes not responding to emails outside office hours.

But Chambers says this can’t happen unless employers create a safe environment for employees to voice needs and concerns without fear of losing their jobs.

Read more: Canadians want a 4-day workweek, but would it work?

How can they do that? By addressing systemic issues in diversity, equity and inclusion, and providing adequate mental health supports. By setting clear and realistic work expectations, and by collaborating with employees to co-design work structure, instead of handing it off from the top down.

It also means employers need to lead by example, by taking that much-needed time to disconnect and rest for themselves.

Perhaps there’s not enough evidence to suggest a 40-hour workweek has become an archaic practice just yet.

But after a year of working through a global pandemic, Chambers says a reimaging of work environments and stepping away from traditional structures is imminent. 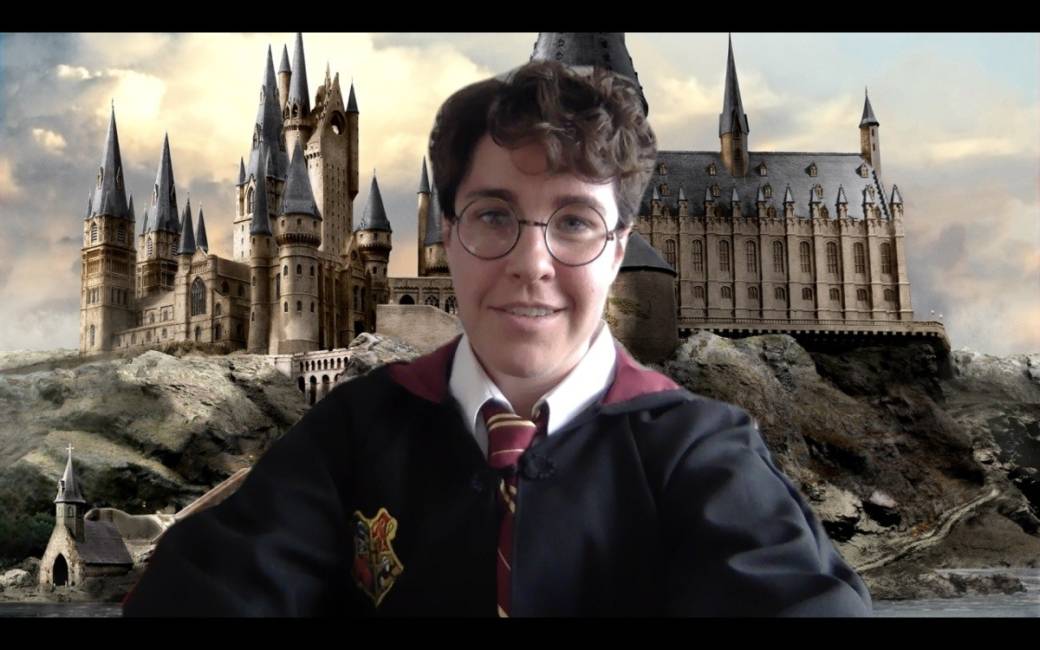 2:15Coronavirus: How to reinvent working from home and bring more joy to the ‘office’

Coronavirus: How to reinvent working from home and bring more joy to the ‘office’ – May 22, 2020