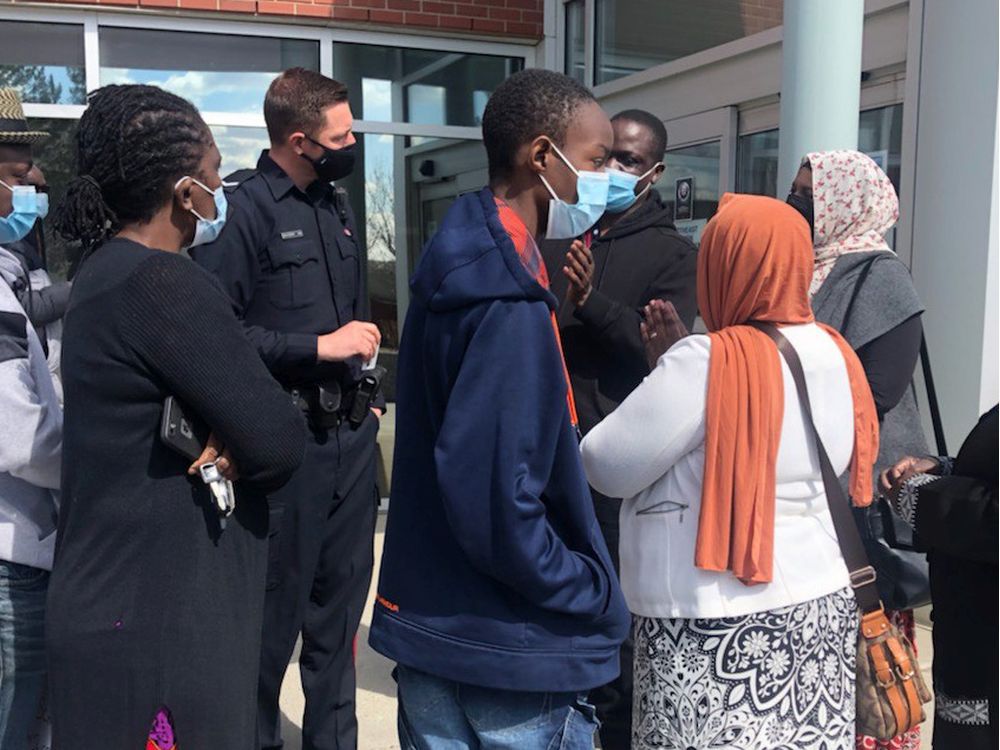 Family and community advocates are calling on city police to launch a full investigation and lay charges after a schoolyard attack left a 14-year-old boy in hospital.

Pazo Police, 14, said he was walking across a field to a bus stop near Rosslyn School last Friday when he was chased, grabbed and attacked by six or seven boys. A video of the altercation shows Police being wrestled to the ground by two boys before several others join in punching and kicking him. At one point, one of the boys is heard saying “no head kicks” as they continue to swarm him. Police is heard yelling out in pain during the attack.

Police eventually got away with the help of another person and was able to get home. He said he was told to go to the hospital where he learned he had a concussion. A week later, Police said he had pain in his stomach, head and neck and has bad memory loss.

Edmonton Public School Board superintendent Darrel Robertson issued a statement Friday saying there was an altercation involving students at the school and others that do not attend Rosslyn School.

“What happened outside of Rosslyn School last week is unacceptable, deeply disturbing and is of immense concern to Edmonton Public Schools,” read Robertson’s statement.

Police said he and his mom reported the attack to the Edmonton Police Service (EPS) but when an officer responded, they tried to question him while he was concussed and alone as a minor. He said the officer insinuated he may have been the instigator of the fight.

Menya Bakari, president of the Uganda Cultural Association of Alberta, said he was asked to help when the family felt they weren’t getting answers from EPS. On Friday, he joined the family at the northwest police detachment to help make Police make a formal statement, saying he was worried they wouldn’t receive answers or justice from EPS.

EPS spokeswoman Carolin Maran said they are investigating the assault. She said a complaint was initially made on April 16 at the EPS northwest station, where Police was told to get medical treatment and call the complaint line. The line was called on April 19 and an investigation was launched.

She said additional information would be taken on Friday.

“The EPS takes these incidents seriously and recognizes the impact such incidents can have on the entire community. The EPS continues to work diligently and closely with all parties involved to address this event,” said Maran.