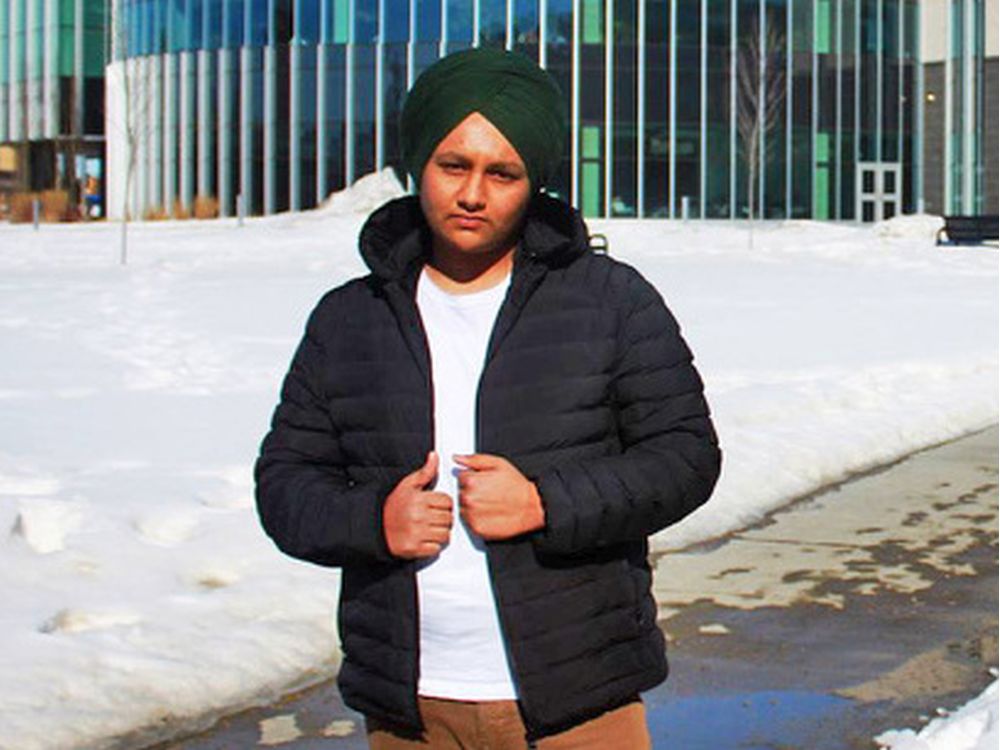 A campaign is underway to get the body of a young man slain in Sherwood Park last week back to his family in India.

Harmanjot Singh Bhattal, 19, was killed in a shooting on Baseline Road in the community east of Edmonton last Friday when a man opened fire at his car while he was driving along the busy road. Satvir Kaur Brar, a relative, was in the vehicle with Bhattal during the attack. She is being treated for her wounds in hospital.

A GoFundMe campaign has since been launched to get Bhattal’s body out of Canada and back to his family in India. Started with a goal of $50,000 on Wednesday, the crowdsourcing effort had raised over $28,000 by Thursday morning.

“Harmanjot was only 19 years old and was known for his generous heart, sincere son, caring friend, his simplicity and much more,” wrote the campaign’s organizer, listed as Maheshinder Singh. “He was the only child of his parents. His parents sent him to Canada for higher studies by taking loan mounting to several thousand of dollars for his bright future.”

The post says that a bright future was taken away as Bhattal was killed when he was caught up in a dispute between his aunt and uncle.

Gamdur Brar, 43, was arrested shortly after the shooting and has been charged with first-degree murder and attempted murder.

Vakeel Singh, a relative of Bhattal, said he was a young, innocent man. He said he and his wife are shocked by the news of Bhattal’s death and have had to take the past several days off of work to grieve.

Singh said Bhattal came to Canada nearly two years ago as a student and was struggling to find a job to help pay his bills until recently.

“He just got a job four months ago working in a convenience store,” said Singh. “He saved the money and bought a car. He just bought a car two weeks ago… Now you see the car in the picture (of the shooting). It wasn’t a luxury, but it was a luxury to him.”

Singh said Bhattal’s family back in India is not rich and recently had to sell property.

Meanwhile, RCMP are continuing to investigate the shooting and are asking for the public’s help with obtaining video footage of the area around the altercation, on the morning of the shooting.

Police are asking anyone who may have footage in the neighbourhoods between Baseline Road and Lakeland Drive and between Highway 21 and Sherwood Drive. Those areas include Clarkdale Meadows, Lakeland Ridge, Chelsea Heights, Charlton Heights and Clover Bar Ranch.

Previous articleBitcoin’s fossil fuel use criticized. But some Canadian companies hoping to turn it green
Next articleHow effective is the 1st COVID-19 jab? What we know as deleted Tory tweet slams ‘one dose summer’