A group representing thousands of doctors from across the country is hoping the Liberal government’s coming federal budget addresses a long-standing concern about the lack of access to family doctors in Canada.

The Canadian Medical Association estimates about five million Canadians don’t have a primary care physician, or family healthcare team, which has spillover effects into other parts of the healthcare system.

Read more:
How to find a family doctor in each province and territory

Among those trickle-down effects is people going to emergency departments, already stretched by the COVID-19 pandemic, for issues a family doctor could manage.

What the CMA is hoping for in the April 19 budget is $1.2 billion over four years to create more primary care teams for Canadians.

For the moment, the Liberals have sent signals that primary care won’t be a primary issue addressed in their upcoming budget.

CMA president Dr. Ann Collins said it should be, particularly in light of the COVID-19 pandemic, and not just because the Liberals have promised to provide every Canadian with access to a family doctor.

She said people who contracted the disease might have long-term health impacts that a family doctor could manage, especially for those with prolonged symptoms known as COVID-19 long-haulers. 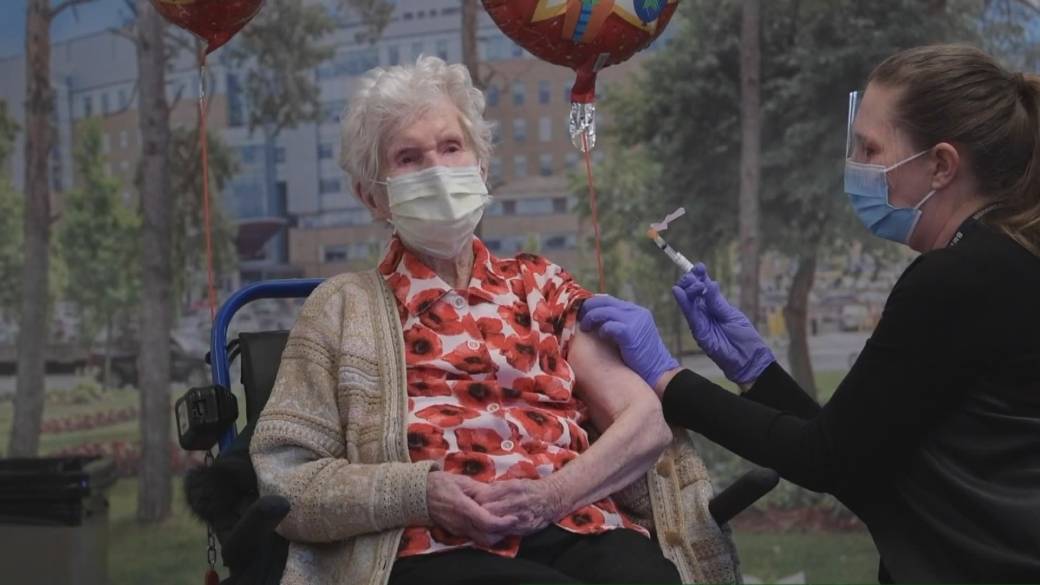 2:07
Ontario family physicians seek clarity on when they can administer COVID-19 vaccines in office

Ontario family physicians seek clarity on when they can administer COVID-19 vaccines in office – Mar 24, 2021

There are also those who have avoided seeing a physician over concerns of catching the novel coronavirus, which Collins said would leave conditions undiagnosed and make treating them that much costlier later on.

“The treatment of acute COVID is front and centre right now, but we know that these issues around access to primary care existed long before the pandemic,” said Collins, a family doctor for over 30 years.

“COVID-19 only exacerbated that.”

COVID-19 has focused attention on the country’s healthcare system as it tries to manage with rising case counts, and strained intensive care units one year into the pandemic.

Premiers are pressing the Liberals to up federal health transfers to provinces to better fund the provincially run systems, saying late last month that a one-time COVID-19 funding boost won’t cure the ailments in the overall system.

This year, the federal government will send about $42 billion to the provinces to cover the costs of their healthcare systems under an arrangement that sees the amount rise by at least three per cent annually.

The country’s premiers say that formula means transfers don’t keep pace with yearly cost increases of about five per cent. They’re looking for $28 billion more this year to cover just over one-third of national costs, and about $4 billion annually thereafter.

Some of those costs have to do with an aging population; the oldest of the baby boomer generation turns 75 this year.

Collins said the medical association is also looking for the government to create a seniors’ care benefit, modelled after the income-tested Canada Child Benefit to help anyone caring for a senior defray out-of-pocket expenses.

Previous article‘Tipping point’: A look inside Canada’s hospitals as COVID-19 variants surge
Next article‘I’m here to stay alive’: Montrealers over 55 line up for AstraZeneca’s COVID-19 vaccine