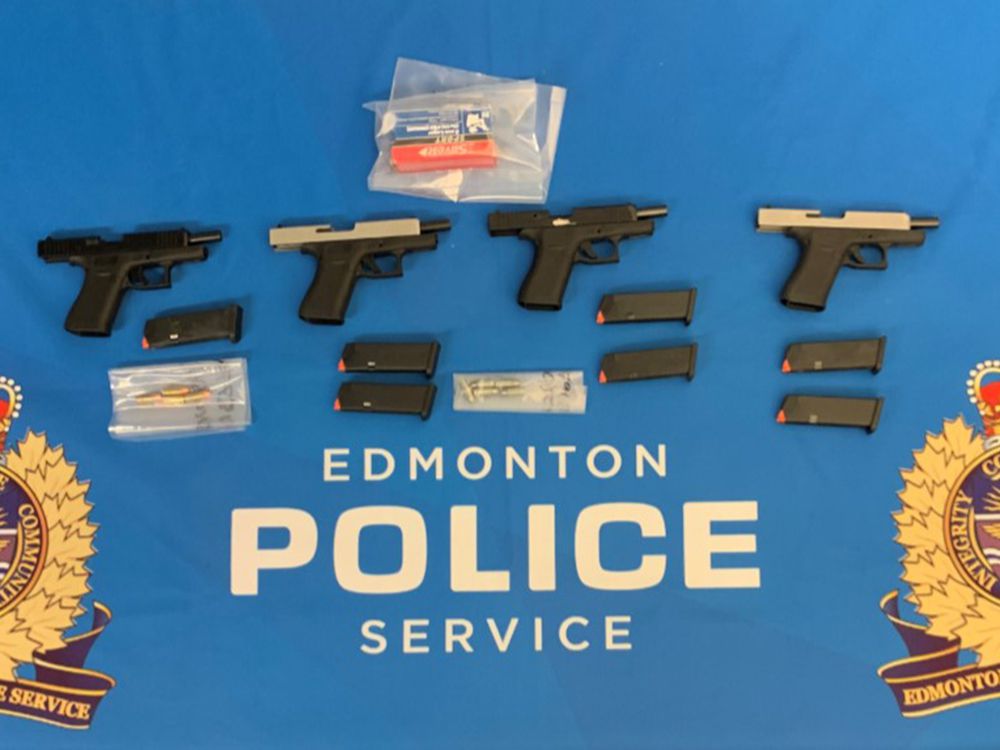 The head of Edmonton’s police union is raising flags over the number and types of guns officers are encountering, from sawed-off shotguns to AK-47 rifles.

Sgt. Mike Elliott, president of the Edmonton Police Association, said when he used to be a front-line officer, it was rare to find guns while conducting regular business such as a traffic stop or an arrest. Now, he said it appears to happen almost daily.

“Why is it, every day, there’s a gun being recovered?” said Elliott. “Now we’re seeing more sophisticated weapons. Like I said, never heard of an AK-47 (in Edmonton) and this other weapon that was there. So you’re getting really high, powerful weapons and high caliber weapons that we’re encountering.”

Edmonton police data shows firearm seizures have held steady over the past three years. In 2018, police seized 1,030 firearms; the next year, they confiscated 1,194, and in 2020, they grabbed 1,125 off the streets.

“Members are flabbergasted at the number of guns that they’re encountering,” said Elliott. “It is very concerning for officer safety standpoint and the membership. But it’s bigger than that because I’m thinking, ‘what weapons are we not finding which are out in our city?’”

Sgt. Eric Stewart of the Firearms Investigation Unit said that while the number of seizures dipped slightly in 2020 compared to 2019, the department remains concerned about the overall number of guns on the street.

“The overall number of firearms we are seeing on the street, their connection to violent crimes and their impact on public safety remains a significant concern for the EPS,” said Stewart.

Elliott said calls for service were down during the COVID-19 pandemic, but the level of violence in those calls was up.

Providing a recent example, he said officers attempted to pull a vehicle over when at least one policeman was dragged by the car, sustaining road rash-type injuries. When officers arrested the suspect, they found the passenger had been sitting on a weapon when they attempted to flee.

Elliott said the overall impact amounts to officers being on high alert throughout their shift and having stress adding up.

“If you’ve got access to a solid shotgun … that’s scary for anyone to come across let alone a member, (of the police force),” said Elliott. “It puts them in a state of hypervigilance … you’ve got to be very concerned about what potentially could be in a vehicle.”