This in from Sam Carchidi, who covers the Flyers for The Philadelphia Inquirer: “The Flyers need a defenseman to join Ivan Provorov on their top pairing. You know it. I know it. General manager Chuck Fletcher knows it… Here are some defensemen on the Flyers’ radar. They would be an improvement over the revolving defensemen who played alongside (Ivan) Provorov this season.” 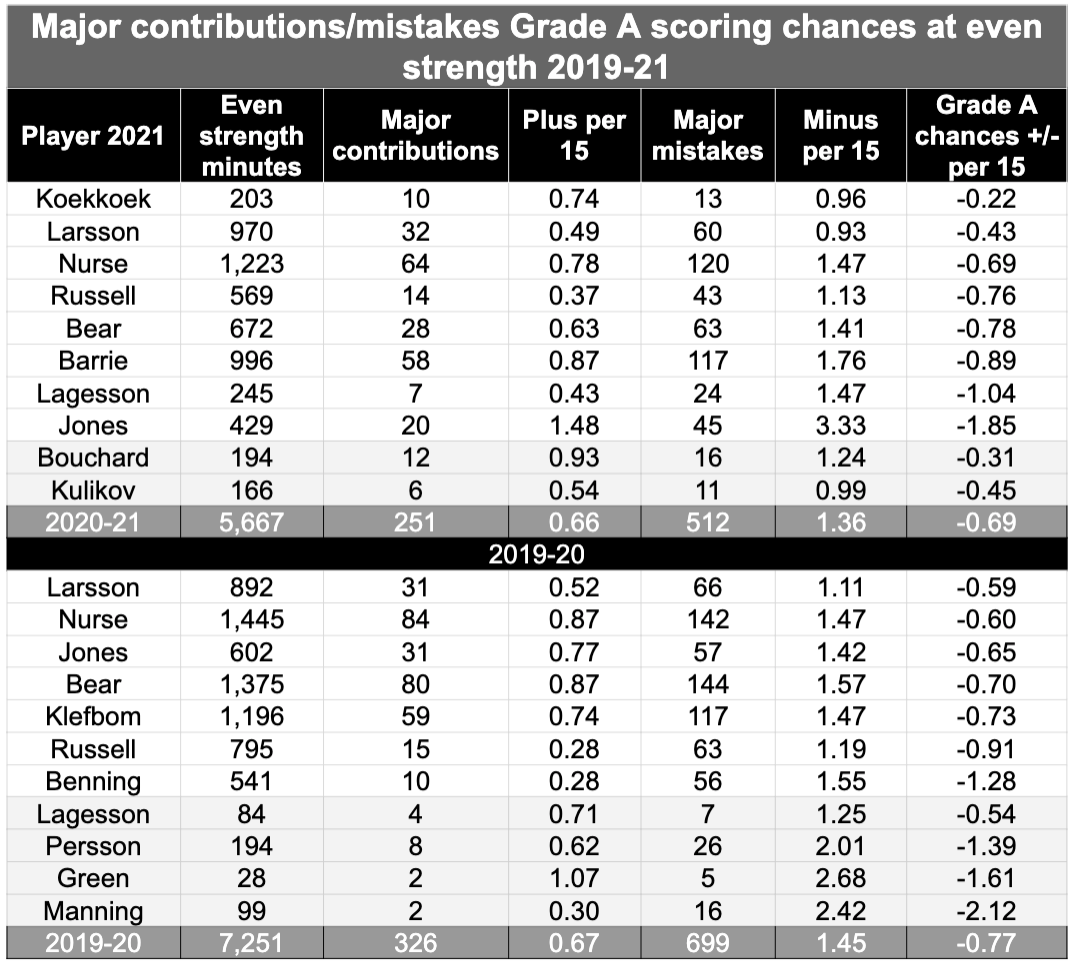 1. There’s only a small chance that Adam Larsson won’t be an Oiler next year, but this story nonetheless caught my interest. I see this as smoke, not fire. But it’s no surprise other teams would consider Larsson as a candidate for a prominent role.

2. We hear from reliable Edmonton insiders that the Oilers and Larsson are extremely close to a deal, which is excellent news. In part I rate hockey players on how often they make major contributions to Grade A chances as compared to their rate of big mistakes on Grade A chances against at even strength. By this standard, Larsson has been the most effective full-time defenceman on the Oilers for two years running. I’d hate to see him go.