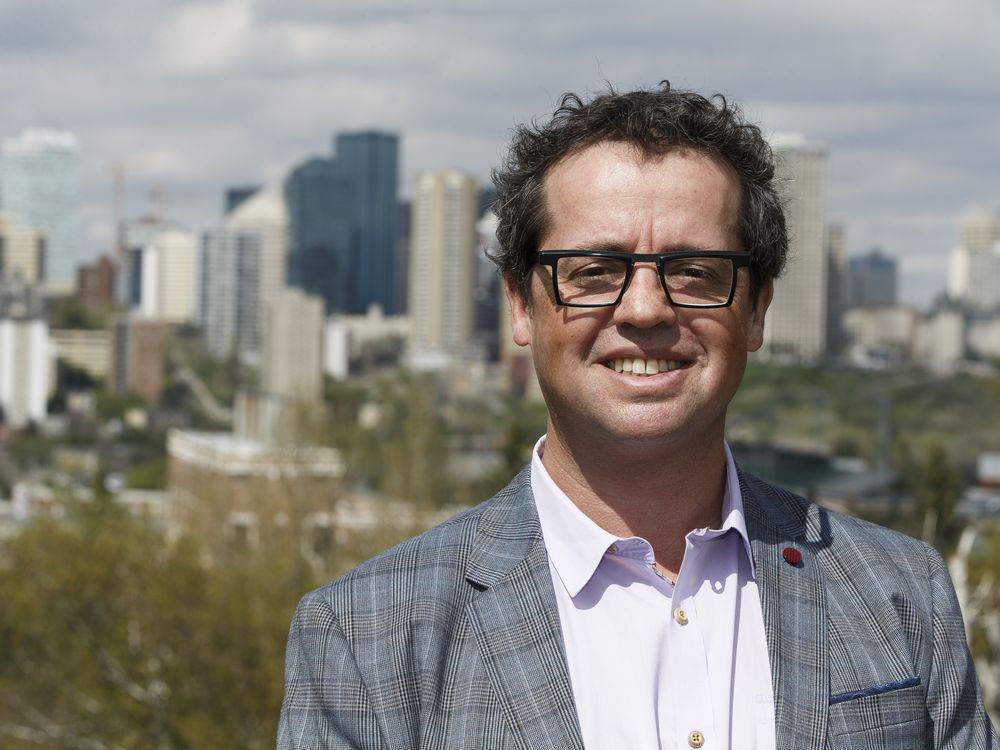 Former Edmonton city councillor Michael Oshry said economic recovery and diversification would be at the top of his list if elected mayor as he kicked off his campaign Wednesday morning.

Oshry, a local businessman and Ward 5 councillor from 2013 to 2017, unveiled four platform priorities to strengthen the city as it emerges from the COVID-19 pandemic. Diversifying the economy and creating jobs, stronger management from council, more support for neighbourhood projects and creating an inclusive city for everyone are the four main themes of Oshry’s campaign. More detailed plans on achieving these priorities will be released throughout the summer, he said.

“How we emerge from some pretty terrible times is top of mind for all of us. The pandemic has been an overwhelming challenge and we now know that there are shifts in our economic reality that means that some of the same industries that brought us here cannot be counted on for our future prosperity, at least not in the same way,” he said. “We have to be relentless in our efforts to win for this city. I will ensure that the business community knows that city hall cares about their successes.”

Addressing homelessness is another key priority, Oshry said, with practical “quick wins” to help as many people as possible. But he said he doesn’t believe ending homelessness outright is achievable.

“Ultimately it’s about come up with some pragmatic, simple solutions, a lot of quick wins that I think the city needs to step up and do,” he said.

Former Edmonton Oilers captain Andrew Ference, Chinatown advocate Dr. Holly Mah and PCL Construction president and CEO Dave Filipchuk offered endorsements for Oshry, praising his willingness to listen to the concerns of Edmontonians and believing he would offer pragmatic leadership in this time of recovery.

Oshry, who officially entered the race back in February, is one of nine registered candidates in the open mayor’s race after Mayor Don Iveson announced he wouldn’t be running for a third term. Two other candidates, Kim Krushell and Mike Nickel, also have experience on city council. Abdul Malik Chukwudi, Rick Comrie, Brian Gregg, Augustine Marah, Diana Steele and Cheryll Watson are the other six confirmed candidates seeking a seat on council for the first time.

Former city councillor and federal cabinet minister Amarjeet Sohi has said he is “strongly considering” a run for mayor but hasn’t officially announced his intention for the fall election.

The deadline to enter a race is Sept. 20. Edmontonians will go to the polls Oct. 18.