Shipping has resumed on the Suez Canal, but global trade woes linked to the COVID-19 pandemic are far from over. And supply chain disruptions may soon hit Canadian consumers if they haven’t already.

The world celebrated on Monday as tugboats dislodged a 400-metre-long container ship that had obstructed the canal for almost a week. But the knock-on impacts on global shipping could take weeks or months to unravel, experts have warned, as the blockage created a backlog of hundreds of vessels waiting in line to transit through the critical waterway, which accounts for around 12 per cent of global trade traffic.

“The Suez Canal issue is just a small part of the bigger story,” says Diane Brisebois, CEO of the Retail Council of Canada.

In North America, COVID-19 protocols are slowing down the process of offloading ships, while consumer demand for goods has soared, says Shawn DuBravac, chief economist at IPC, an electronics manufacturing trade association. While consumers stuck at home have been dialing down spending on services like restaurants and entertainment, they’ve increased their spending on products like items for the home, he adds.

“Demand for goods is actually higher now than it was prior to the pandemic,” DuBravac says. 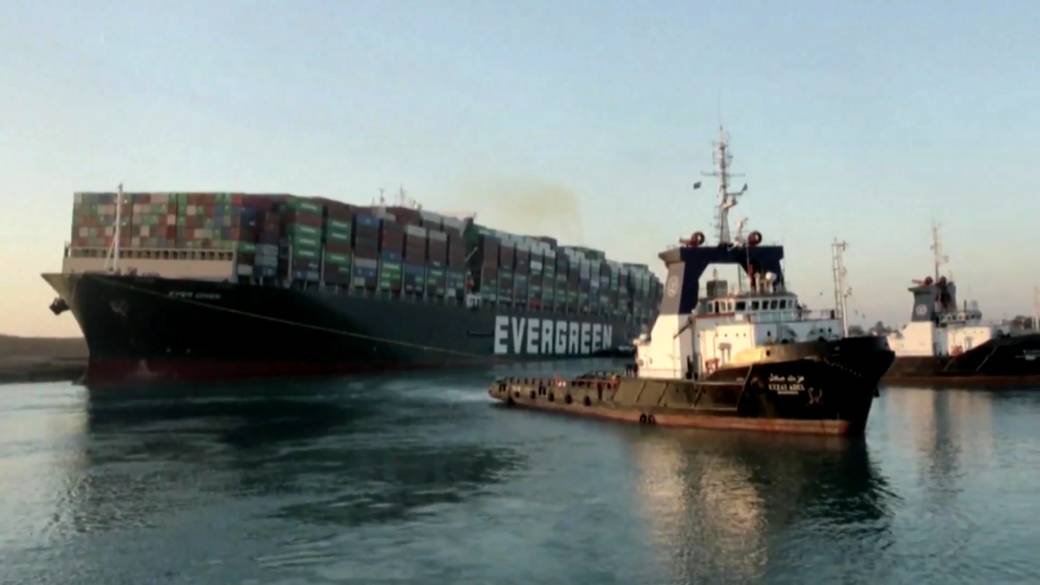 It doesn’t help that, all over the world, producers and logistics companies are scrambling over a shortage of shipping containers. While China recovered quickly from the pandemic, many of its trading partners are still implementing COVID-19 restrictions. As a result, containers loaded with exports from Asia headed out to Europe and North America, “but those containers did not come back quickly enough,” according to a report by logistics company Hillebrand.

In Canada, retailers have also been warily eyeing the possibility of a strike by longshore workers at the Port of Montreal, who on March 21 overwhelmingly rejected the latest contract offer from their maritime employers.

The trade backlogs mean Canadians could see price increases on a variety of products ranging from furniture through apparel and electronics to exercise equipment, Brisebois says.

Most of the retailers Brisebois has been speaking to say they’ve been facing double-digit increases in shipping costs, she says.

If the current situation persists throughout the year, “eventually those increases will have to be passed on to consumers,” Brisebois warns.

Consumers are already facing longer-than-usual wait times for items like furniture and might find that what they want is simply out of stock, she adds.

Here are some of the products that are or might be affected:

If you have your heart set on a specific couch, fabric or leather covering, you might want to arm yourself with patience.

Continental Furniture in Regina, for example, is advising customers to plan ahead and be flexible. General manager Ron Walker says his store is managing better than some of the competition thanks to its 70,000-square-foot location and large local warehouse, which allows it to stock up on coveted products.

Walker says he has also started placing orders with much more advance than usual. He has also been looking at potentially diversifying his supplier sources, in particular, if the possibility of a strike at the Port of Montreal becomes a reality.

The pandemic has been a double-edged sword for the furniture retailer, Walker says. On the one hand, sales have risen. On the other hand, the global trade jam has made it challenging to match that growing demand with supply.

Many producers are struggling to their hands on raw materials like wood and operating at reduced capacity due to COVID-19 safety standards, he says. And once the products are ready, shipping times are often significantly longer than usual, he adds.

And while COVID-19 is the main cause of the worldwide disruptions, Mother Nature has also added to global supply strains, he notes. The winter storm that brought ice, snow and a massive power outage to Texas last month has also hit a number of manufacturers that produce chemicals used for the foam found in mattresses, he says. The bad weather also contributed to the production halt in North America of some car manufacturers like Honda and Toyota.

“I’ve been holding off, but it’s not going to be much longer.”

He expects the supply disruptions will easily last another six months. 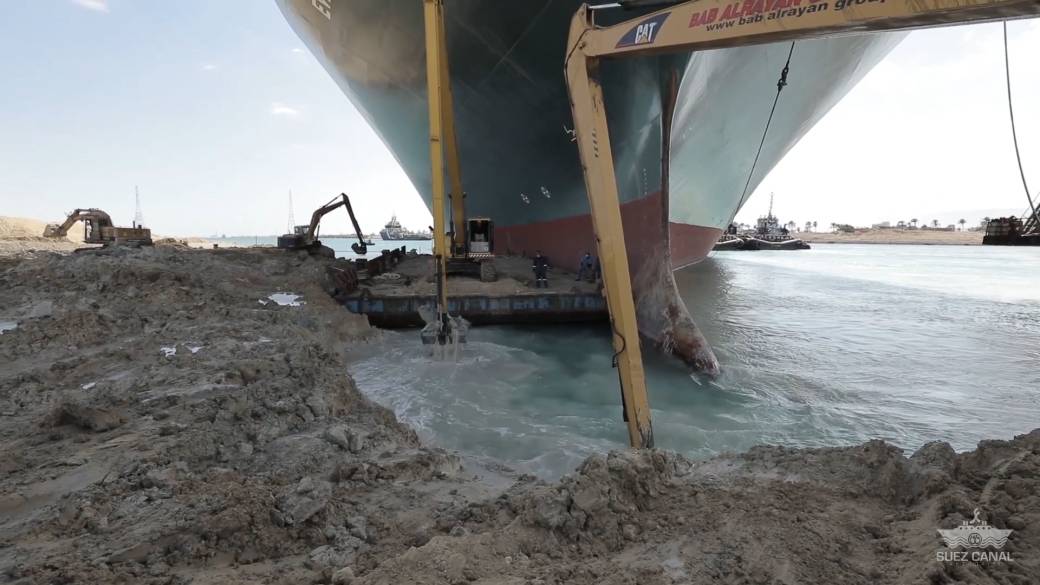 2:07
Operations continue to free ‘Ever Given’ ship blocking Suez Canal

Operations continue to free ‘Ever Given’ ship blocking Suez Canal

The container shortage is starting to spill over into the market for that most sought-after of pandemic goods: toilet paper.

Brazil-based Suzano, one of the world’s largest producers of pulp, the raw material used to make bathroom tissues, recently told Bloomberg News it is concerned about having to delays some shipments due to increase competition for the break-bulk ships that usually carry the company’s products.

The good news is Canada has its own domestic production of bath tissue, says Mike Von Massow, an economist at the University of Guelph. But the country does still import some of its loo paper, so consumers might see increased prices for some toilet paper or a reduced selection.

Toilet paper is one of the staples RCC is “watching very closely,” Brisebois says. 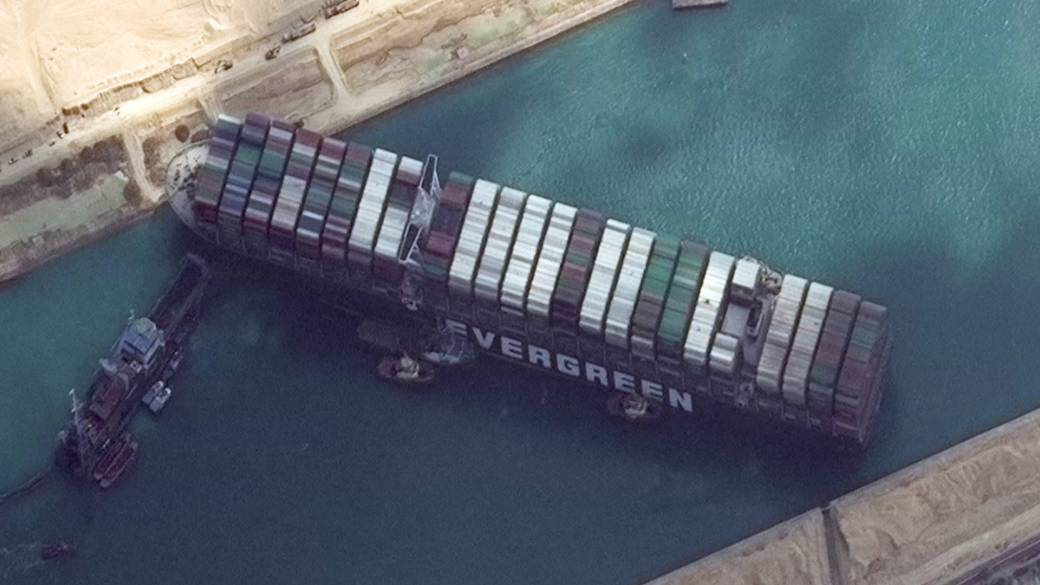 
Imported beer and cheese, as well as coconut milk

Another lucky circumstance for Canada: at this time of the year, most of the country’s fresh food imports come from the U.S., Mexico and Central America via truck or rail, Von Massow says.

Still, some food does come in through ports and shipping containers. Imports of flour, yogurt and cereal, for example, aren’t immune from the container shortage and port delays, Brisebois says.

While supply disruptions “may not impact the grocery store immediately … they may impact the ability to get certain products six or 12 months from now,” she adds.

Imported products like cheese and beer from Europe or coconut milk from Southeast Asia that are usually shipped to the East Coast might also be affected by delays connected to the Suez Canal congestion, Von Massow says.