Ford has previously pressed the U.S. to assist Canada by sending vaccines. The U.S. has had a much faster vaccine rollout than Canada thus far.

In January, shortly before President Joe Biden’s inauguration, Ford made a public plea for help amid a shortage of doses in Canada.

“You have a new president, no more excuses,” Ford said in part.

An administration official told Reuters on Thursday that the United States plans to send roughly four million doses of AstraZeneca’s COVID-19 vaccine that it is not using to Mexico and Canada in loan deals with the two countries.

White House spokeswoman Jen Psaki confirmed the plan, but added, “It is not fully finalized yet but it is our aim.”

A specific timetable for possible delivery was not immediately clear.

The AstraZeneca vaccine has not yet been approved for use in the U.S. 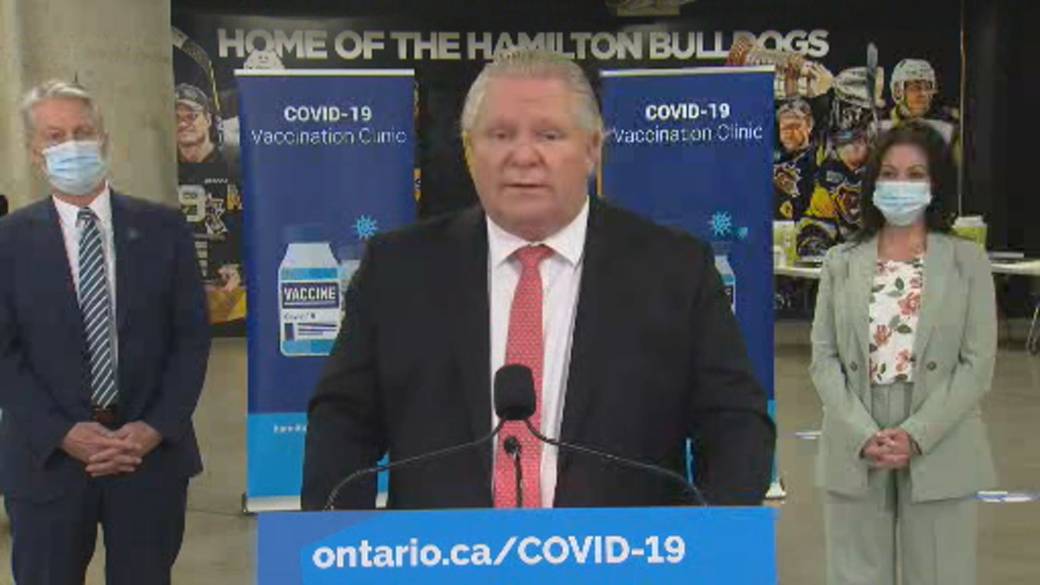 1:17
COVID-19: Ford says he’s in favour of potential changes to framework for some cities in lockdown

COVID-19: Ford says he’s in favour of potential changes to framework for some cities in lockdown

Ford said he appreciates the help.

“That’s what true neighbours do. You help each other out in a crisis,” he said.

“I understand, they’ve got to get their people done first. I’d be no different, but thank you. Bring it on.”

Ford said he knows the deal is still unconfirmed, but insisted “this is good news.”