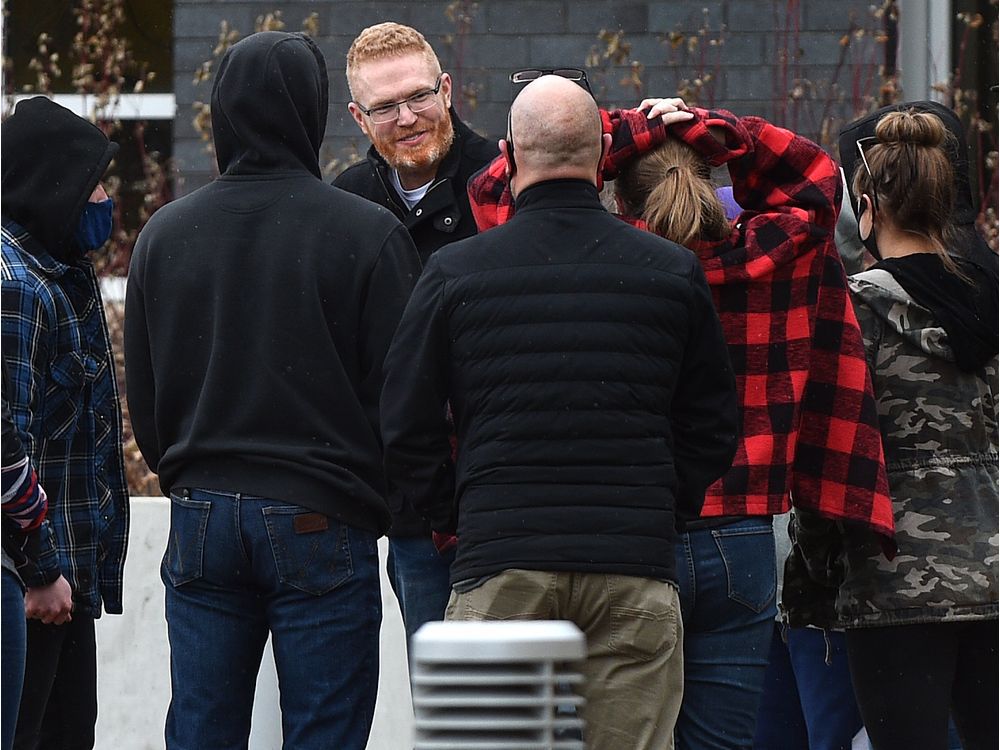 Various levels of government are remaining coy over what steps might next be considered to enforce public health orders after fines, charges and even jail time have had little deterrence on large gatherings at a church’s services west of Edmonton.

GraceLife Church’s membership has continued to gather for Sunday services despite RCMP officers and Alberta Health Services inspectors appearing each week to ensure public health measures aimed at stemming the spread of COVID-19 are followed. RCMP has issued several releases saying those measures were not followed while they were on scene.

As a result, pastor James Coates has been ticketed, fined and put in jail. GraceLife Church itself has been charged as an entity for not following restrictions. Coates was released from custody Monday after pleading guilty to breaching a court undertaking that revolved around following public health restrictions. He remained at the Edmonton Remand Centre for 35 days after not agreeing to following court orders if released.

Before receiving a $1,500 fine from the court, Coates said it was his dedication to Jesus Christ that was putting him at odds with the law. After his guilty plea, several other charges against Coates were withdrawn and he was released from prison with no court-ordered conditions.

Gatherings continued at the church and Erin Coates, the pastor’s wife, appeared on Tucker Carlson Tonight, a popular opinion news show on Fox News in the United States while Coates was in custody.

Coates did not return requests for comment Tuesday. His lawyer James Kitchen said Coates is currently catching up with family and believes he is doing what is right for his congregation.

“For a person of deep conviction and conscience like pastor Coates, no amount of things like fines and jail time is at all likely to deter him from continuing to do what he believes is the right thing to do,” said Kitchen.

When asked what steps Alberta Health can take to enforce public health measures if orders continue to be ignored, spokeswoman Sherene Khaw said enforcement decisions are made by local health inspectors or law enforcement.

Shawna King, a spokeswoman with Alberta Justice, echoed that line, saying individual enforcement decisions are made by the local health inspector.

RCMP spokeswoman Cpl. Laurel Scott, said Tuesday police are able to issue tickets in relation to public health regulation breaches. She said when it comes to GraceLife Church, they will be available to assist Alberta Health Services this Sunday if necessary.

“In relation to GraceLife Church, any action taken by the RCMP will be in support of AHS and their enforcement decisions,” said Scott.

RCMP have previously said only a public health inspector has the authority to shut down an establishment.

Alberta Health Services spokesman Kerry Williamson said he did not have anything further to add when asked who is able to enforce orders. He did not expand on what further steps AHS public health inspectors may be considering if the church continues to not follow public health restrictions.

Previous article'We are as legitimate as any other business': Head of Edmonton-area casino says industry should never have been included in Step 3
Next articleEdmonton Oilers hit a major speed bump as entire 3-game series in Montreal postponed