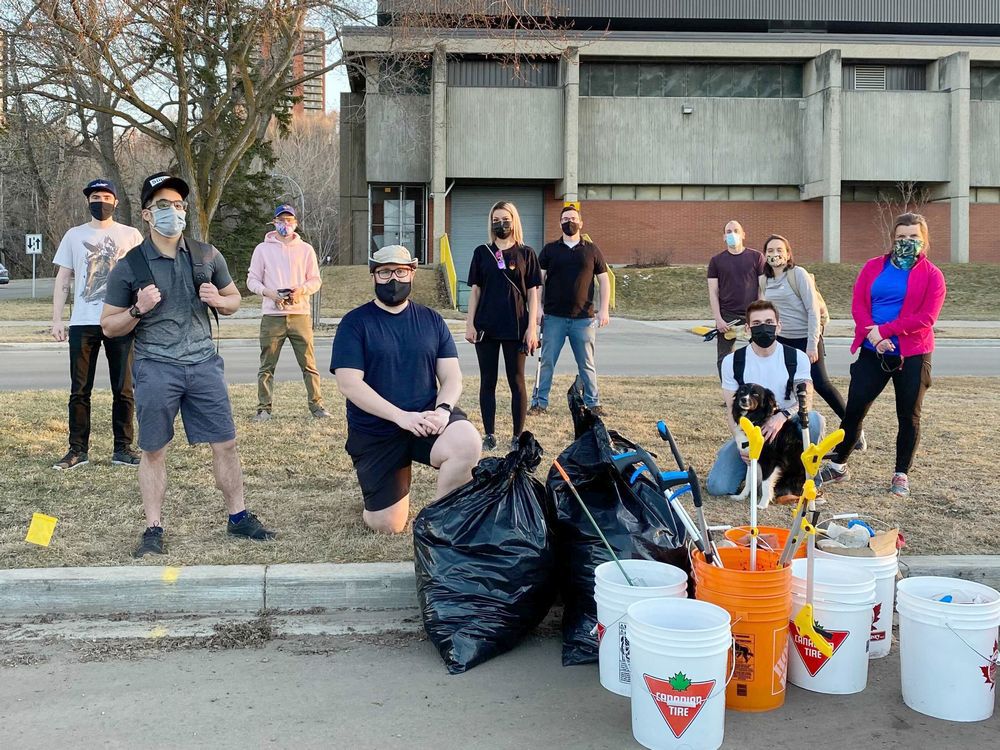 Ryan Haworth is showing his love of Edmonton by cleaning up after its residents.

About two weeks ago, the 24-year-old came across a post on Reddit complaining about the amount of garbage in the river valley area. He decided to do something about it and challenged others to join him by founding Love YEG.

First, the volunteer group tackled Buena Vista Park and then the area around the Walterdale Bridge.

Now, roughly 80 volunteers have signed up to spend time on Thursday — which is Earth Day — cleaning up the Mill Creek Ravine area as well as a large stretch along Whyte Avenue.

“It’s inspiring to see Edmontonians care so much when they really have no motivation to, because they just love Edmonton,” Haworth said. “I saw there was a need and people definitely noticed that our river valley gets pretty bad in the spring because people literally can’t hide their garbage under the snow anymore.”

Haworth said he doesn’t blame Edmontonians for the amount of trash as he believes it is the city’s responsibility to ensure garbage bins are emptied regularly. He said public garbages are so full that the wind will blow litter away and spread it around.

“If the city was more on top of it and if they put some branding and effort into helping people clean up, the problem would take care of itself,” Haworth said.

He said he hopes to one day make the group a registered non-profit one day in order to make a permanent change in the city.

Edmonton is home to nearly 400 officially named parks with 20 of them being connected to the river valley through its more than 160 kilometres of pathways. The river valley is considered the largest urban park in Canada.

Haworth said the best way to maintain green spaces is by maintaining them.

“If you start making permanent damages to some of these green spaces, you can’t take them back as nearly as easily as you can by just maintaining them,” he said. “You never want to have to make an effort to redo or rebuild a green space because it’s going to be way too hard and way too expensive.”

Haworth said he will be starting his cleanup efforts at 10 a.m. on Thursday along Whyte Avenue near 109 Street. A group clean-up effort will be held at 6:30 p.m. in the Mill Creek Ravine. He said they will be doing their best to follow public health guidelines including keeping physical distance.

Anyone interesting in joining the group can message Haworth on Instagram at Loveyegofficial.

Postmedia reached out to the City of Edmonton for comment but did not receive a response prior to press time.