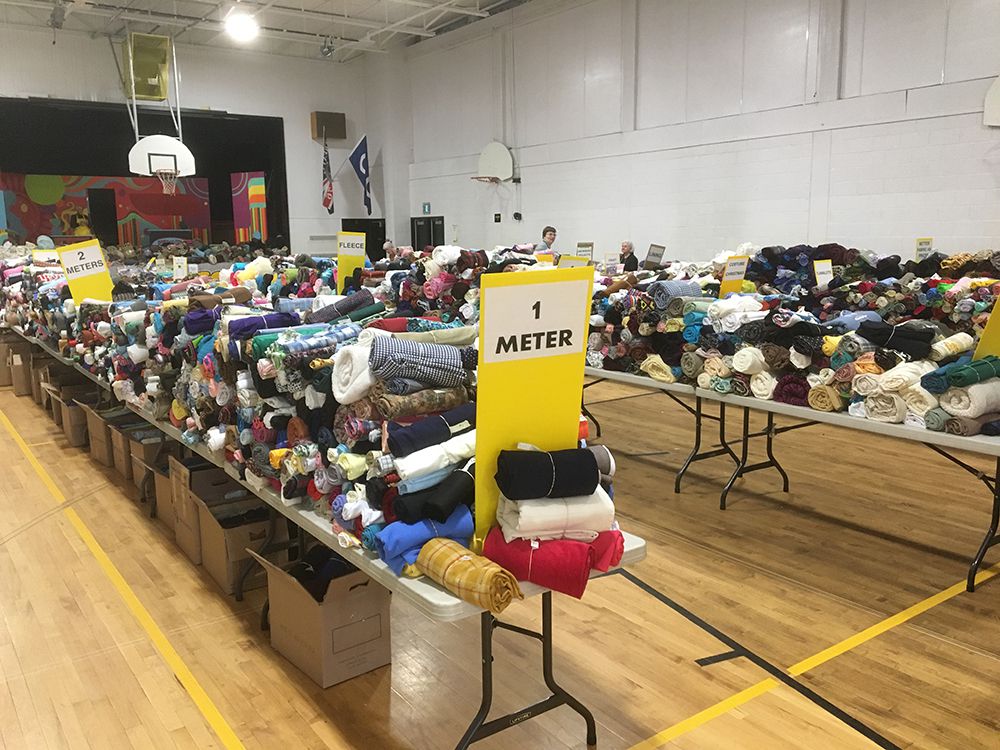 A gang of grannies have embraced technology during the pandemic to find ways to raise money for the Stephen Lewis Foundation and help other grandmothers in Africa.

The Grandmothers of Alberta for a New Generation (GANG) have been around for 15 years and have helped raise almost $1.3 million for the foundation through events.

But when the pandemic hit they had to adapt.

“It’s one of our strengths, we really can pick up on stuff and then fly with it,” said Loretta Howard, GANG member.

In years past they relied on their Scrabble events where members would play Scrabble with the community to raise money and awareness. Their biggest event brought in $45,000.

“It’s an intergenerational experience as well. You’d have one grandmother sitting at a Scrabble table with three young people, learning from each other,” said Vicki Strang, board member and founding member of GANG.

Their biggest event was Fabulous Fabric Frenzy, where they would sell donated fabric at a discounted cost.

But due to the pandemic, these in-person events couldn’t happen.

So the team put their minds together and in the summer of 2020, they got together with a couple of young people to build an online store and in the last six months they’ve raised $28,000 for the foundation.

“It took us a while to figure out how to pivot, but if you look at the last six months and the money we’ve raised, if we had been doing those things for a whole year it would be more,” said Judy Mill, chair of GANG.

The online store is where they sell crafts and clothes the members have knitted or made.

The Old Strathcona Antique Mall also has what is called the Grandmother Cupboard where items from the GANG’s online shop are sold as well.

Money raised by GANG goes to support grandmothers who are raising their grandchildren who have been orphaned by the AIDS pandemic in sub-Saharan Africa.

“We told those grandmothers we will not rest until they rest,” said Strang.

There are now close to 240 grandmother groups across Canada with more groups expanding to Australia, the United Kingdom, and the United States.

GANG is celebrating their 15th anniversary this year and on April 15 their major fundraiser will be called Actions for Africa. You can find out more by visiting their website at edmgrandmothers.org.