Documents related to the firing of two scientists from the high-security laboratory in Winnipeg, and the transfer of viruses to a research facility in Wuhan are too sensitive to hand over to the special committee on Canada-China relations, Health Minister Patty Hajdu said Monday.

“In this particular case, the information requested has both privacy and national security implications,” Hajdu said. “Compliance with the order without proper safeguards in place would put sensitive information at the risk of public release.”

The Conservatives have been pushing the Liberal government — and the Public Health Agency of Canada — to shed more light on why two scientists, Xiangguo Qiu and her biologist husband, Kending Cheng, were escorted out of the National Microbiology Laboratory in Winnipeg in 2019. They were officially fired in January.

Qiu had earlier been responsible for a shipment of Ebola and Henipah viruses to China’s Wuhan Institute of Virology, Hajdu said Monday those events are unrelated.

“There is no connection between the transfer of viruses cited in the order and the subsequent departure of these employees,” Hajdu said.

Two weeks ago, a majority of MPs passed a motion in the House of Commons demanding the Trudeau government release unredacted documents related to what happened at the National Microbiology Laboratory to the special committee. 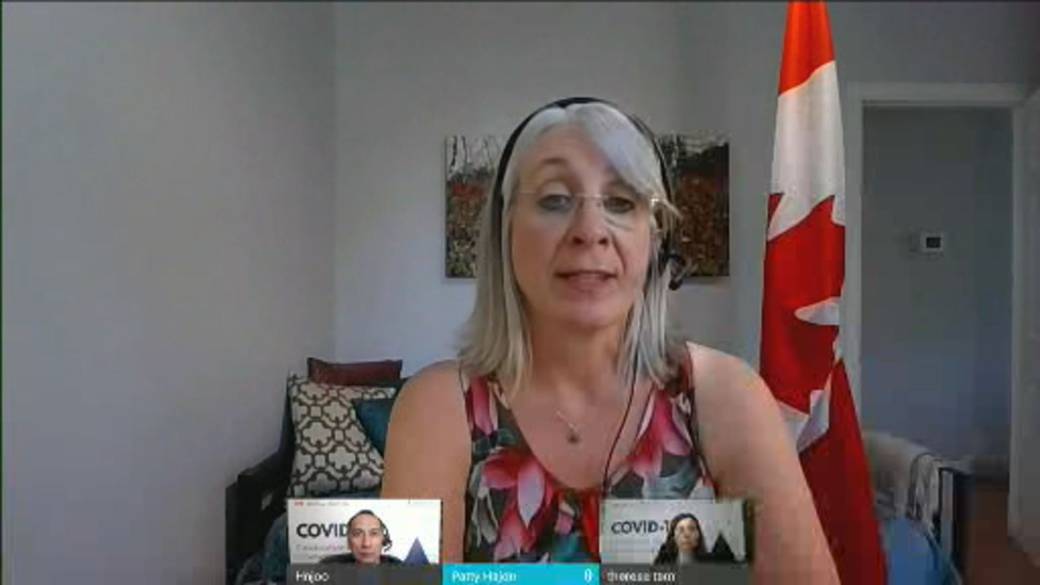 The Liberal government instead handed over the documents to the National Security and Intelligence Committee of Parliamentarians and Hajdu appeared before the special committee on Canada-China relations Monday night to explain and defend that choice.

The communique that emerged from the G7 summit in Cornwall, U.K., this weekend called for another investigation by the World Health Organization into how the pandemic began.

Once dismissed by most public health experts and government officials, the notion that COVID-19 leaked accidentally from a Chinese lab is now under a new U.S. investigation ordered by President Joe Biden, which is also exploring whether the virus jumped from animals to humans.

In the House of Commons earlier Monday, Hajdu said the federal government wants a “robust” and ongoing investigation into the origins of the novel coronavirus.

“Like many countries around the world, we have always been clear that we need to understand the origins of COVID-19 and we will work with our international partners to ensure there is a robust and continued investigation into the origins of this virus,” Hajdu said in response to a question from Conservative MP Michael Chong.

“It is important not just for Canadians but indeed for the entire world so that we can prevent another epidemic of this kind.”