A Halifax woman whose 79-year-old husband died in her arms just six minutes from a local hospital is speaking out after it took 40 minutes for an ambulance to respond to her 911 call.

Anne MacPhee told reporters today her husband, Kelly, spent the last 30 minutes of his life “in terror” as he repeatedly asked “where are they” after he had a heart attack around 6:30 a.m. last Sept. 29.

MacPhee says the ambulance that eventually responded came from Mahone Bay, N.S. – about 84 kilometres away, adding that she was told no ambulance was available in her city at that time.

She says the situation is unacceptable and the province has to do more to bolster the ambulance system.

Anne MacPhee says her husband Kelly died of a heart attack while waiting for an ambulance to arrive at their condo home back in September. She called 9-1-1 three times and says she couldn’t get an answer where the ambulance was. It took 40 mins to arrive. pic.twitter.com/zKtgim8Qfq

The NDP released figures today obtained through a freedom of information request indicating 16 of 38 hospitals in the province take, on average, more than the 20-minute recommended time to offload patients.

Earlier this month, the government released a consultant’s report stating ambulances are spending too much time in non-productive, non-emergency activities.

This report by The Canadian Press was first published March 31, 2021. 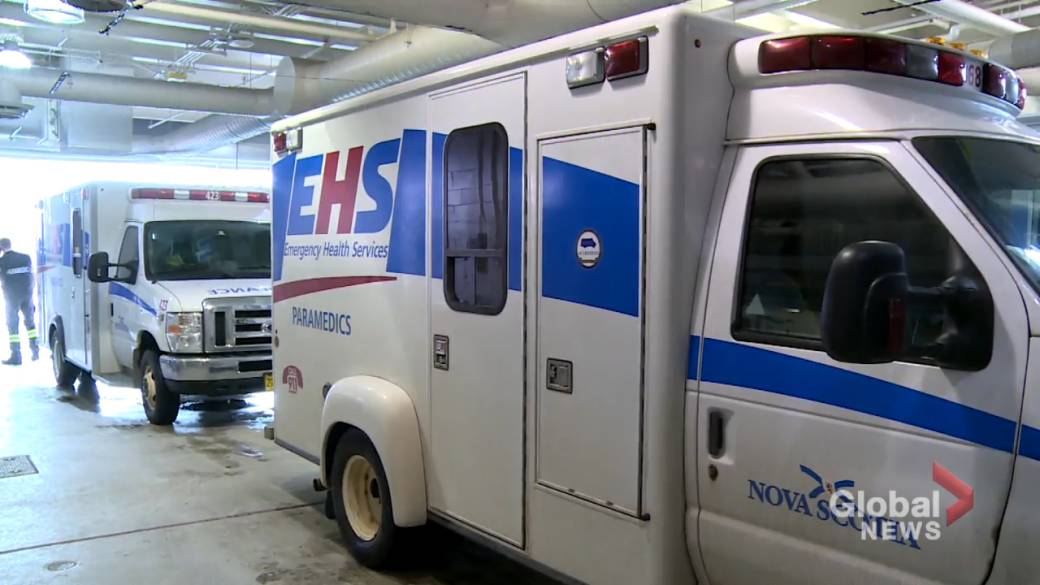