Have COVID-19 variants pushed Canada into a third wave of the pandemic?

There are growing concerns that Canada has hit a new milestone in the COVID-19 pandemic amid rising cases of more transmissible variants.

The Ontario Hospital Association issued a stark warning on Monday, saying that the province had now entered into a third wave, citing a sharp increase in new variant-of-concern (VOC) cases and rising admissions to intensive care units (ICUs).

While some experts say the country as a whole is not in a third wave yet, other provinces are closely watching their COVID-19 trends.

Nationally, average daily cases remain high and the country is seeing an increase in new infections, according to the Public Health Agency of Canada (PHAC).

“Everywhere on the globe and here in Canada we are seeing the same rise in cases due to variants of concern, which is generating this third wave,” said Gerald Evans, an infectious disease specialist at Queen’s University in Kingston, Ont.

As of March 15, a total of 3,618 confirmed cases of “variants of concern” had been reported across all 10 provinces, with the B.1.1.7 variant accounting for more than 90 per cent of these cases. The B.1.1.7 variant was first detected in the United Kingdom in mid-December. 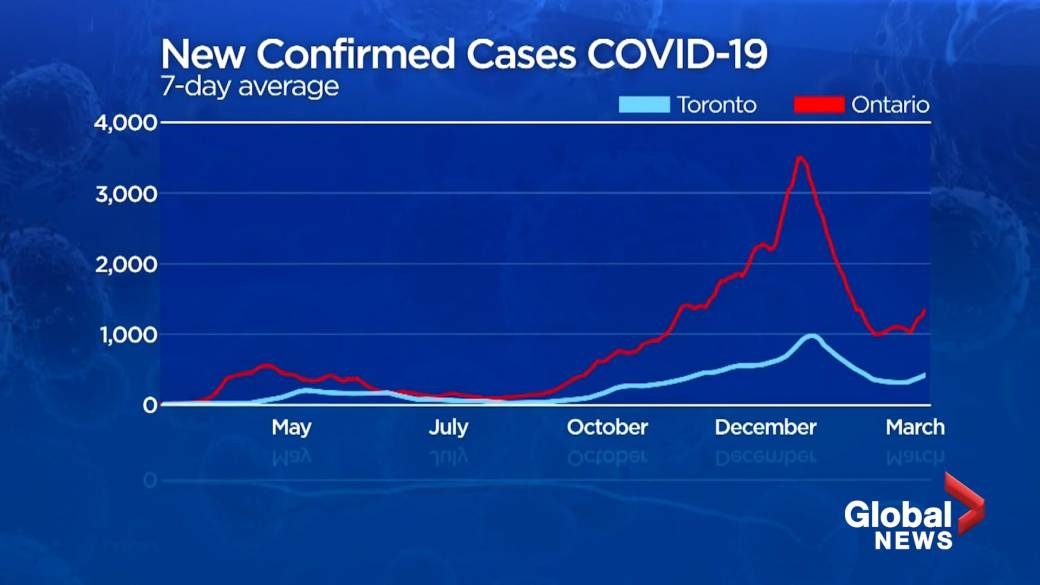 2:33
Ontario has entered into third wave of pandemic: Experts

Ontario has entered into third wave of pandemic: Experts

In a news conference on Tuesday, Canada’s top doctor, Theresa Tam, noted that Ontario was not alone in seeing an uptick in cases.

“There are other areas of the country where we’re beginning to see some beginnings of an increase,” she said.

But in Quebec, since January 2021, daily new cases have been on a steady decline, according to data from the province’s public health institute.

Meanwhile, in Alberta, leading indicators such as new cases, positivity rate and value of growth rates have stabilized after a slight rise a few weeks ago. 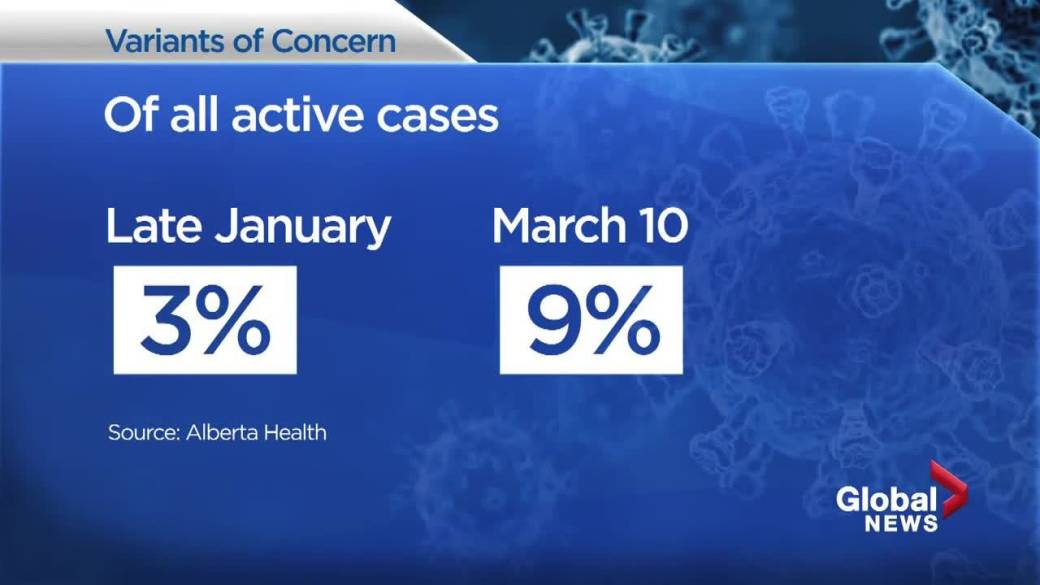 1:54
Percentage of COVID-19 variant cases on the rise in Alberta

Percentage of COVID-19 variant cases on the rise in Alberta

Alberta’s Chief Medical Officer of Health Deena Hinshaw said they are keeping a close watch on the trends.

“If we see those new cases start to go up … essentially that could mean that we’re entering another growth phase and, of course, that would cause some concern about whether or not a third wave could be possible.,” she said at a news conference in Edmonton on Monday.

In Saskatchewan, nearly half of Regina’s 493 active COVID-19 infections are confirmed or presumptive variants of concern cases.

However, experts are torn on what actually defines a new wave.

Evans says a clear trend of rising numbers of new cases and active cases as well as test positivity observed in Ontario does signal a third wave.

Read more:
‘Perfect storm’: Is Canada headed for a third wave of COVID-19?

The Ontario government has not officially declared a third wave in the province, with David Williams, the chief medical officer of health, saying on Monday that the magnitude is still to be determined.

“There’s not really an accepted definition of what constitutes a new wave of disease,” said Ashleigh Tuite, an infectious disease epidemiologist at the University of Toronto.

With some provinces showing signs of a plateau and continued low case counts, Tuite does not think that that entire country is seeing a third resurgence yet.

“As has been the case throughout this pandemic, the response has been highly variable across the country and there are many provinces and territories that have managed to suppress cases,” she told Global News. 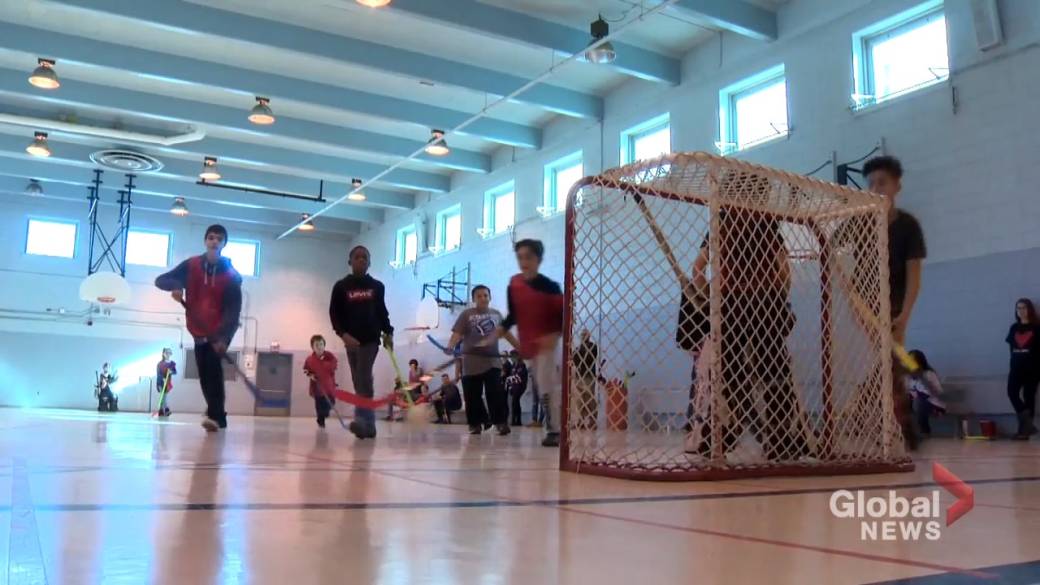 1:58
Coronavirus: Spring brings hope for return of sports in Quebec

Coronavirus: Spring brings hope for return of sports in Quebec

A stay-at-home order for most of Ontario was lifted earlier on Tuesday.

Peter Jüni, who serves as the scientific director to the Ontario COVID-19 Science Advisory Table and is a professor of medicine and epidemiology with the University of Toronto, said another strict lockdown will be needed to bring the cases down.

“If we want to keep the third wave under control, we need to control the new variants,” he told Global News.

Experts predict the third wave will different than the second or first.

Jean Paul-Soucy, an infectious disease epidemiologist and PhD student at the University of Toronto, said vaccinations in long-term care homes will mean there will be fewer deaths there, but a larger percentage of fatalities among the older adults who haven’t been vaccinated. 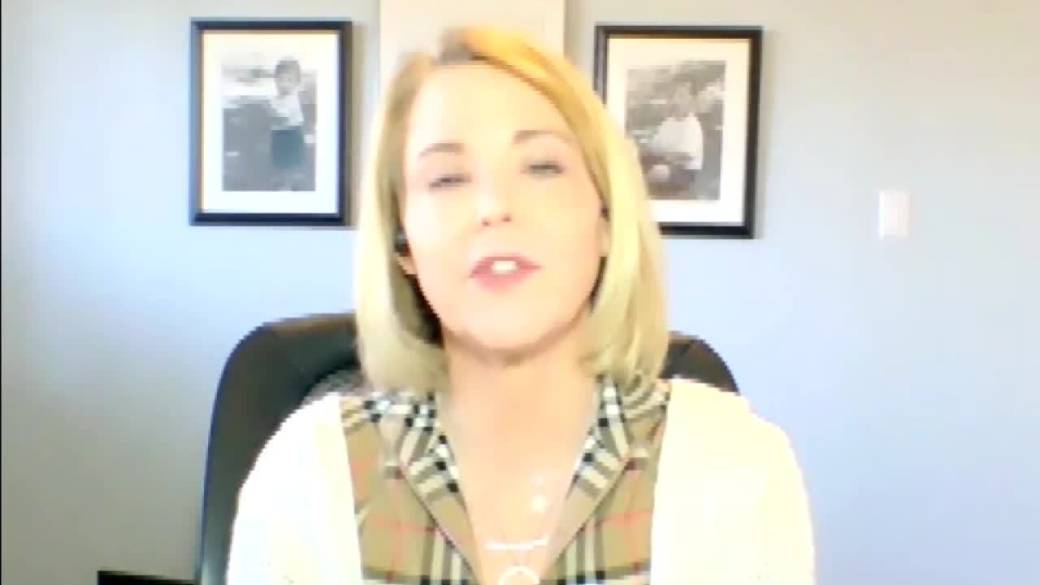 Worries of a third wave

Colin Furness, an infection control epidemiologist and assistant professor at the University of Toronto, said the size of the wave will depend on how much we loosen restrictions, but the rate of vaccinations will shorten its duration.

“Restrictions work on the variants,” he told Global New in a previous interview.

“It’s a question of whether we want a big wave or a small one.”

“We can expect much lower mortality in April because our most vulnerable people are getting the shot first.”

Jüni said provinces will need to stay on top of the variants and continue to monitor the trajectory of their spread.

“If we would just let our guard down completely, then we’re really talking again about thousands of cases per day and it could be considerably worse than what we’ve seen during the second wave.”

— With files from Global News’ Heather Yourex-West and Allison Bamford