Health care job vacancies in Canada are soaring despite COVID-19 demand. Here’s why.

Harrowing stories of overworked front-line workers and understaffed hospitals have dominated the news cycle throughout much of the COVID-19 pandemic.

But despite the growing need for health care professionals, job vacancies in the sector are on the rise, according to the latest data from Statistic Canada.

Job vacancies in health care and social assistance went up by 36,400 or 56.9 per cent during the last quarter of 2020, bringing vacancies to a “record high” of 100,300, according to the data published Tuesday.

Hospitals led the charge with 15,700 vacancies, followed by nursing and residential care facilities which saw 10,800 vacancies at the end of last year. Job vacancies among occupations in support of health services increased by 9,600.

“The need was greater than the supply for qualified candidates” well before COVID-19 outbreaks threatened to overwhelm Canada’s health-care system, Levy said.

But against the backdrop of a raging pandemic, she said reluctance was “understandable” for those on the front lines, such as registered nurses, who may not want to risk their mental and physical health in exchange for mediocre pay and poor working conditions.

According to the most recent Canadian Survey on Business Conditions, labour shortages for 26.8 per cent of businesses in health-care and social assistance could last well into the first few months of 2021, beating the average for all other sectors affected by the pandemic by 19.5 per cent. 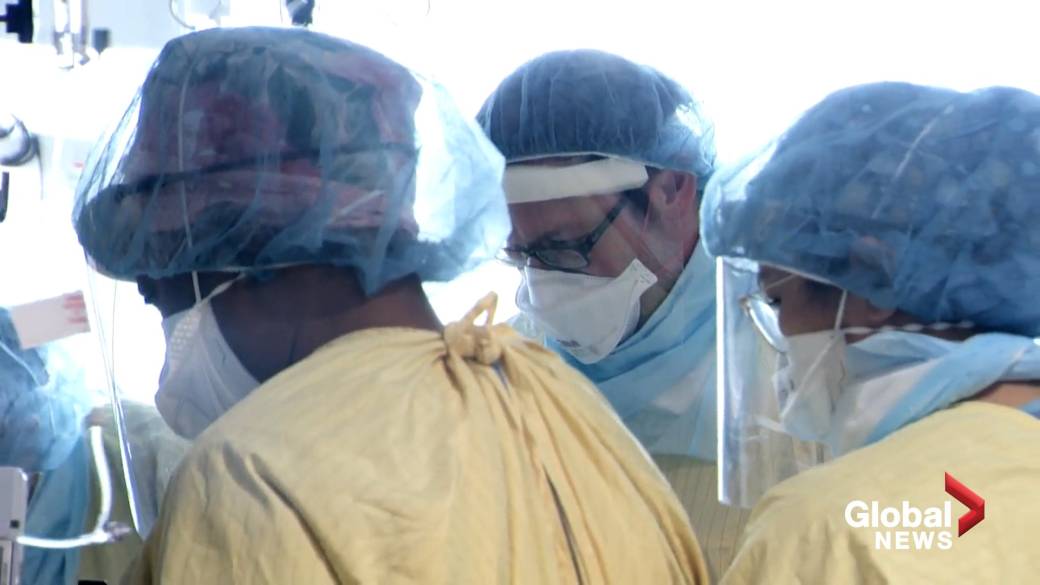 Tim Guest, president of the Canadian Nurses Association (CNA), said there are many variables that factor into this.

Some of this has been the result of retirement turnover, but much of it has been to nurses in more rural and remote locations who have quit during the pandemic, with many nurses in Canada indicating they were going to leave the profession after the pandemic ended.

“It takes a special individual to work in those communities and those locations. You have very different levels of resources in some of those communities than you would if you were working in a metropolitan area,” he said.

“They need to have access to education and the supports in order for them to feel confident working in those locations.”

Guest also said the association had noticed high rates of nurses clocking in overtime hours, and that a number there was a percentage of nurses who simply weren’t working.

“What that tells us is there are there are roles that they’re not interested in doing,” he said. “We need to do whatever we can to provide nurses the support that they need in order to keep them in the workforce.”

According to Statistics Canada, “the slowdown in immigration during the pandemic could have an effect on these occupations within the sector.”

One silver lining, Guest said, is that greater numbers of students are applying to nursing schools, “which I think is a fabulous thing.”

“I think that demonstrates that the public has seen the value of nurses through this pandemic and it has enticed individuals to want to be nurses,” he said. 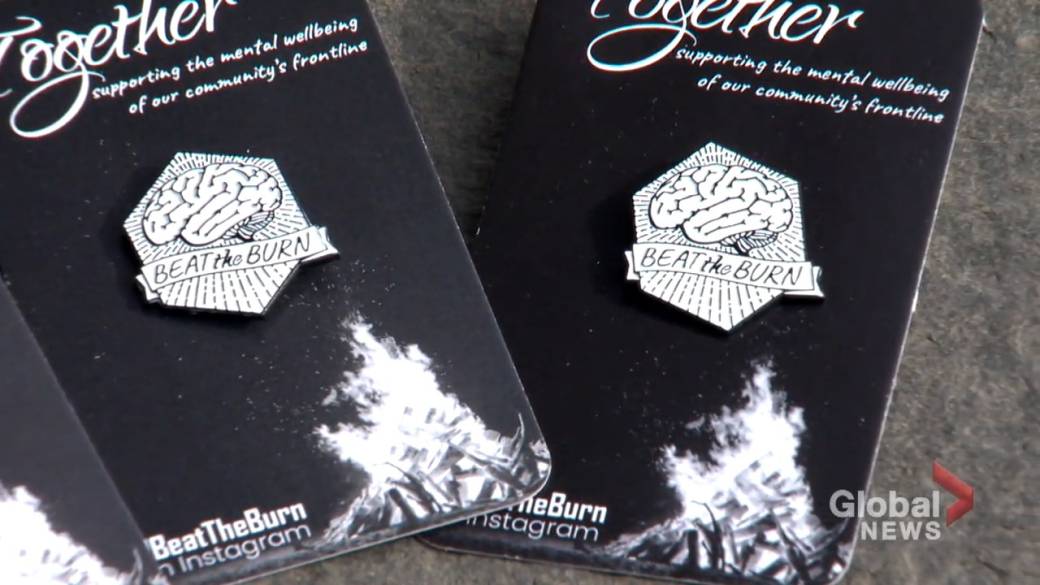 People forget that Canada’s health-care system has sustained “prolonged pressure” since the pandemic was first declared in March of last year, Guest said.

This includes public health, which has had to ramp up contact tracing and immunization rollouts at breakneck speed. It also includes long-term care, which was among the hardest hit sector during initial outbreaks across the country.

A survey conducted by the CNA found greater numbers of nurses experiencing symptoms of burnout and reporting changes to their mental health.

“And all nurses, no matter where you work, are having to deal with the increased demands on personal protective equipment, that all takes longer and we’ve had to learn to work differently,” he added.

“Those have all been factors impacting the productivity of the workforce.”

Kathy Himmelman, director of administration at the Canadian Health Care Agency (CHCA), said there are government programs in place to incentivize Canadians to join other health-care roles, such as personal support workers. The CHCA trains and recruits health workers across Canada.

The federal government announced $23.5 million in funding in December of last year that was used to help develop and implement an accelerated online program to train approximately 4,000 new personal support worker interns in Canada.

In certain provinces such as Ontario, PSWs are also compensated with temporary hourly wage increases between $2 and $3, while in Alberta, front-line workers at high-risk of contracting COVID-19 received a one-time cheque for $1,200 under a cost-shared federal-provincial program.

These are all great steps, said Himmelman, but ultimately, it comes down to one simple fact: there’s more demand for health-care workers than there are qualified candidates for the job. 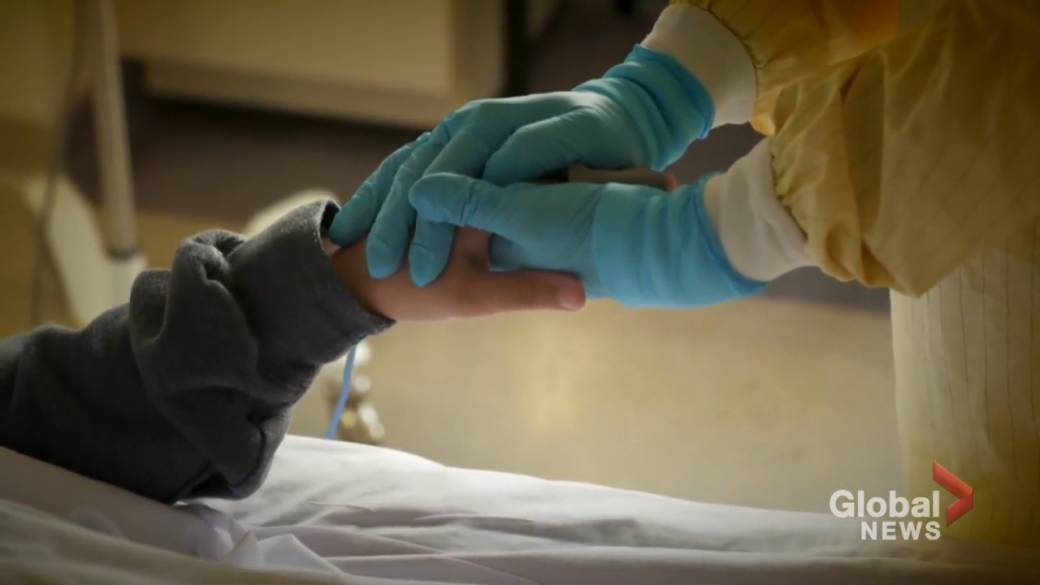 2:05
Inside the ICU: Physicians share front-line stories a year into the COVID-19 fight

Inside the ICU: Physicians share front-line stories a year into the COVID-19 fight

“You have people doing tasks that weren’t even in existence before,” she said.

“We have nurses that are doing screening of employees where there was never a nurse required to screen employees before they went to work each day. We’re doing COVID swabbing for different people where that wasn’t a requirement. Soon we’re going to start helping different companies with vaccination efforts.”

“There’s more demand for nurses because not anybody can give a vaccine. You have to you have an RN (registered nurse) or an RPN (registered psychiatric nurse),” she said.

The demand for nurses is growing, she added, but the number of RNs and RPNs graduating from the four-year university and three-year college programs required to become a nurse in Canada has largely stayed the same.

Previous articleExclusive: Two Halifax families speak out about racism they say they’re facing at a housing co-op
Next articleEmergency crews responding to commerical building on fire in central Edmonton