Herd immunity: How it works and why it’s a lofty goal for COVID-19

Herd immunity might not be a realistic goal for Canada’s vaccination effort against COVID-19, but it also isn’t required to get back to a more normal life, experts say.

This has to do with some unique features of the virus, and also, with math.

Herd immunity is when enough people have protection against a disease — through either being vaccinated, or by catching it, recovering, and developing antibodies.

When a given population has herd immunity, even if the disease gets reintroduced, it won’t lead to outbreaks because most people are protected.

This also has the bonus of protecting people in the community who have compromised immune systems who might not be able to protect themselves, according to Dr. Anne Pham-Huy, a pediatric infectious disease specialist at the Children’s Hospital of Eastern Ontario, and chair of Immunize Canada. 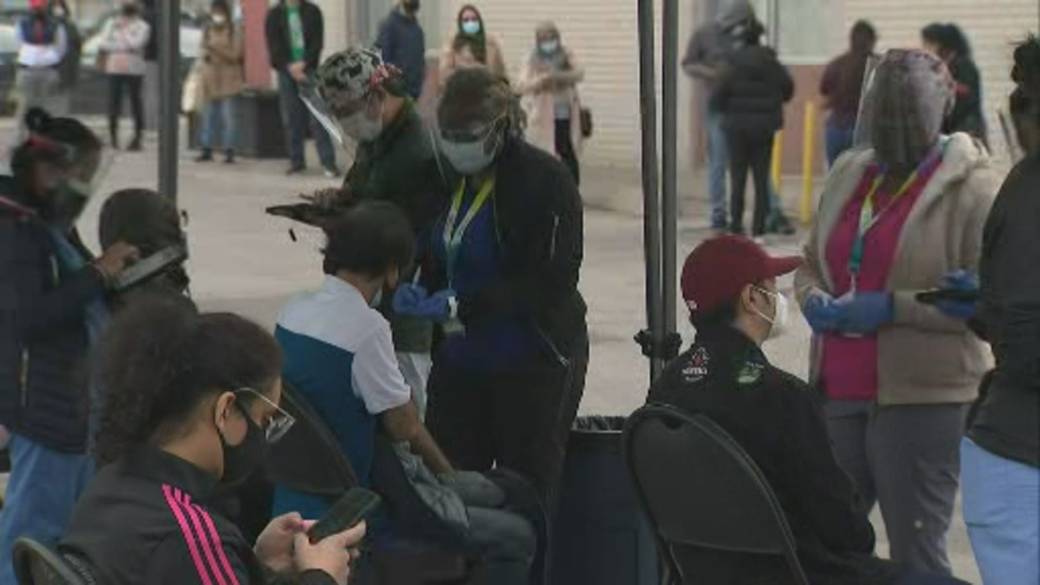 2:09
Will Canada be able to reach herd immunity against COVID-19?

Will Canada be able to reach herd immunity against COVID-19?

Every disease has a different threshold for herd immunity, she said, depending on how infectious it is, and how effective vaccines are at preventing it.

A good example is measles. It’s incredibly infectious — each infected person can pass measles along to 12-18 people — but the vaccine is also 99 per cent effective at preventing infection. Even so, you still need 95 per cent of the population to be vaccinated in order to prevent outbreaks, according to the World Health Organization (WHO).

And when a small group of people isn’t fully vaccinated, you will see a flare-up in cases, as happened in B.C. in 2014. Measles is still with us and we need to stay on top of vaccination to keep it at a manageable level.

“Once you’ve established herd immunity, you can’t just wash your hands and say, ‘Fine, no more vaccination,’ because we see as soon as you have a small pocket of people who are no longer immune to measles — and therefore they’re susceptible to getting measles — it spreads very, very rapidly,” Pham-Huy said.

And with COVID-19, the calculation becomes even more complicated because of all the unknowns.

In a recent analysis, researchers from Simon Fraser University tried to estimate what it would take to be able to fully reopen, without rises in cases. They concluded that it’s unlikely with our current vaccination plans.

“We should be aiming for 95 per cent of adults, and also 80 per cent of children 12-19. If we could attain that, that is our best chance,” said Paul Tupper, a professor of mathematics from Simon Fraser University, and co-author of the paper.

Hitting those numbers is tough, though.

“It does seem high. I don’t know if it’s realistic,” Tupper said. 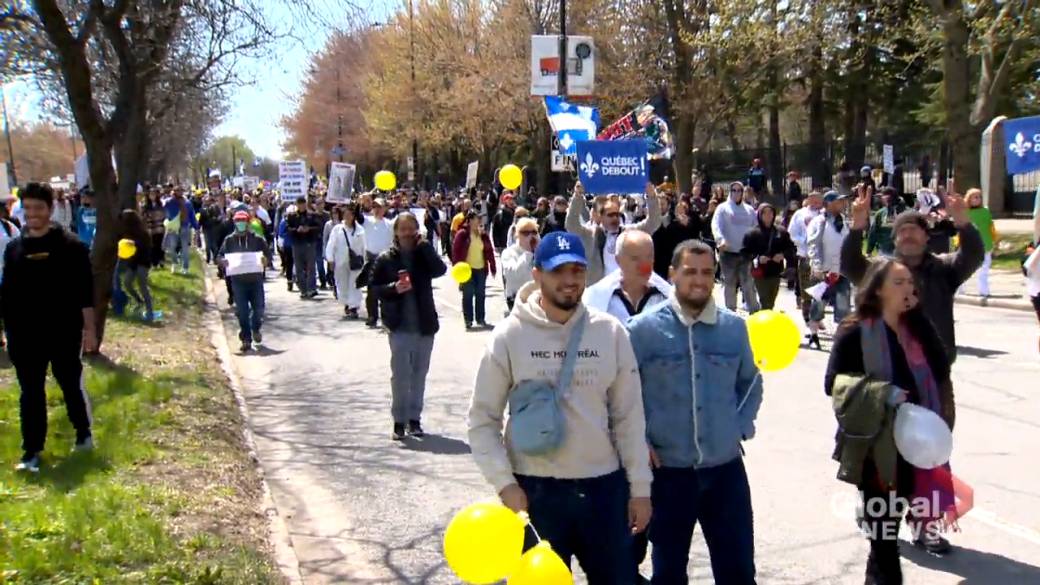 1:45
COVID-19: Convincing enough Quebecers to get vaccinated could prove challenging

COVID-19: Convincing enough Quebecers to get vaccinated could prove challenging

About 3.3 per cent of Canadians have had a confirmed case of COVID-19, according to data from the Public Health Agency of Canada. Pham-Huy said that we don’t know exactly how strong or long-lasting this natural immunity might be, and even with vaccines, we don’t have multiple-year studies yet since they’re so new.

On top of that, not everyone is getting vaccinated. There are the vaccine-hesitant, who are eligible but might not want the shot. Then, there are groups like children under 12 who don’t have an approved vaccine yet. This means that there are pockets of people who might not only get sick themselves, but pass the virus on to others.

And then, there’s the question of variants, some of which might someday evade our vaccines.

For COVID-19, the initial estimates for the threshold of herd immunity were 60 to 70 per cent, said Ashleigh Tuite, an epidemiologist at the Dalla Lana School of Public Health at the University of Toronto. This has since been revised closer to 80 per cent immunity, she said, as more virulent strains of the virus took over.

“And when we talk about 80 per cent immunity, that’s a little bit different from 80 per cent vaccinated, because vaccines are not 100 per cent effective at reducing transmission,” she noted.

New strains and their effects are “the biggest unknown and the biggest hurdle” to reaching herd immunity, Tuite says, and so relying on vaccination alone might not get us there.

“I think we can still vaccinate our way out of this, it’s just that I don’t think it’s necessarily realistic that we’ll reach herd immunity. But I don’t think that’s a bad thing,” Tuite said.

“There are a lot of infectious diseases that we don’t have herd immunity for. And we’re OK. We deal with it.”

COVID-19 could become another disease that exists in our background, she noted, adding that as long as we’re able to keep hospitalizations and serious disease down through vaccination, we could go back to normal.

Even if we were to get to herd immunity, it would still take time for the epidemic to wind down, Tuite said, and there could still be occasional outbreaks.

“It’s hard to predict what will happen in the years to come, but I think at this point elimination or eradication isn’t is it really where we’re headed,” she said.

“Where we’re headed is using vaccinations to protect as many people as we can so that when we do have introductions of cases, that they result in more manageable outbreaks.”

Previous articleDogecoin rallies ahead of Elon Musk’s SNL stint. Why is the cryptocurrency so popular?
Next articleIn the pandemic housing craze, some sellers are left with nowhere to go