Here’s what the provinces, territories have said about AstraZeneca’s vaccine and seniors

As the country prepares to accept half a million COVID-19 vaccines from AstraZeneca-Oxford, provinces and territories are working to determine who exactly should receive them.

Health Canada approved the vaccine for use in adults 18 and older on Friday. However, on Monday, the National Advisory Committee on Immunization (NACI) issued new guidance, recommending the shot not be administered to people over the age of 65.

In the new guidelines, NACI cited “limited information” about its effectiveness in older people as the reason it’s not recommending the shot be used in seniors.

However, it is ultimately up to the provinces and territories to decide how to dole out the vaccines.

Who will be the recipient of those AstraZeneca shots? Here’s a closer look at what each region has said.

A spokesperson for the department of health and wellness in Nova Scotia told Global News the province is “actively looking at what the next use of this vaccine is for Nova Scotia.”

“No decisions have been made,” an emailed statement read.

Speaking to reporters on Tuesday, the province’s chief medical officer of health, Dr. Robert Strang, said the province has been offered an initial shipment of 13,000 doses of the AstraZeneca vaccine that will expire in a month.

“Therefore, we would need to have a plan to use them immediately,” he said. “So we’re actively looking at what is the best use of this AstraZeneca vaccine at this time for Nova Scotia.”

In Newfoundland and Labrador, health officials are still reviewing evidence regarding the AstraZeneca vaccine.

“As this approval is still recent, we are reviewing the evidence from a provincial perspective to determine where the vaccine will fit in our strategy,” the province’s chief medical officer of health Dr. Janice Fitzgerald told a press conference on Monday. 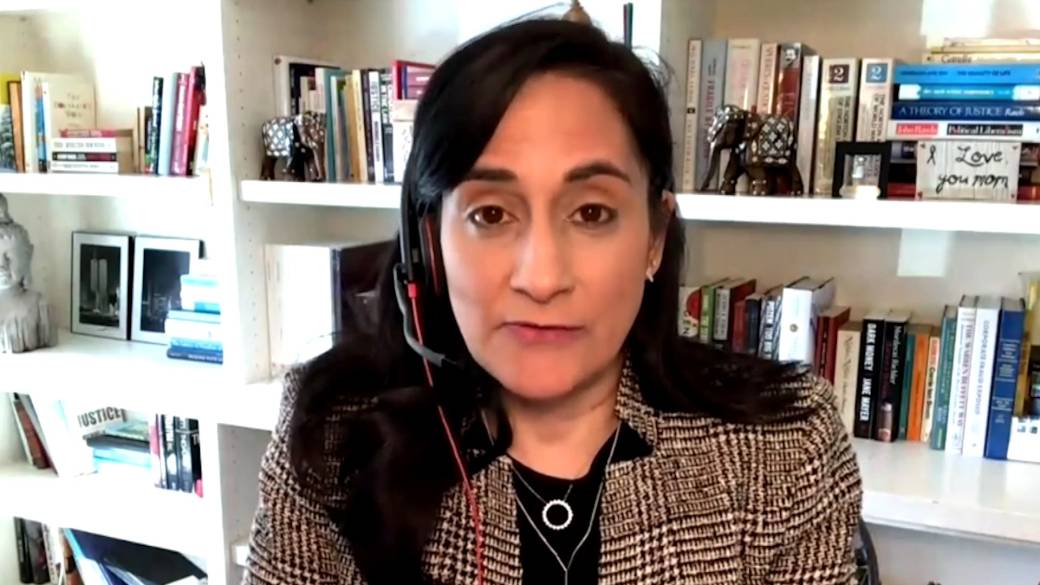 As of Monday, Fitzgerald said they had not yet received a definitive date as to when the AstraZeneca vaccines could land in Newfoundland and Labrador.

“My understanding is we’re still waiting on information at the national level there,” she said.

At a press conference on Tuesday, Prince Edward Island’s Chief Health Officer Dr. Heather Morrison said when the province confirms how many of the AstraZeneca vaccines it will receive, they will be targeting the shots to “healthy, younger individuals” who are working in “certain front line, essential services.”

“And that would be our plan and offering it to them and knowing that people will have a choice,” she said. “But AstraZeneca is showing good evidence around decreasing severe illness and hospitalization.” 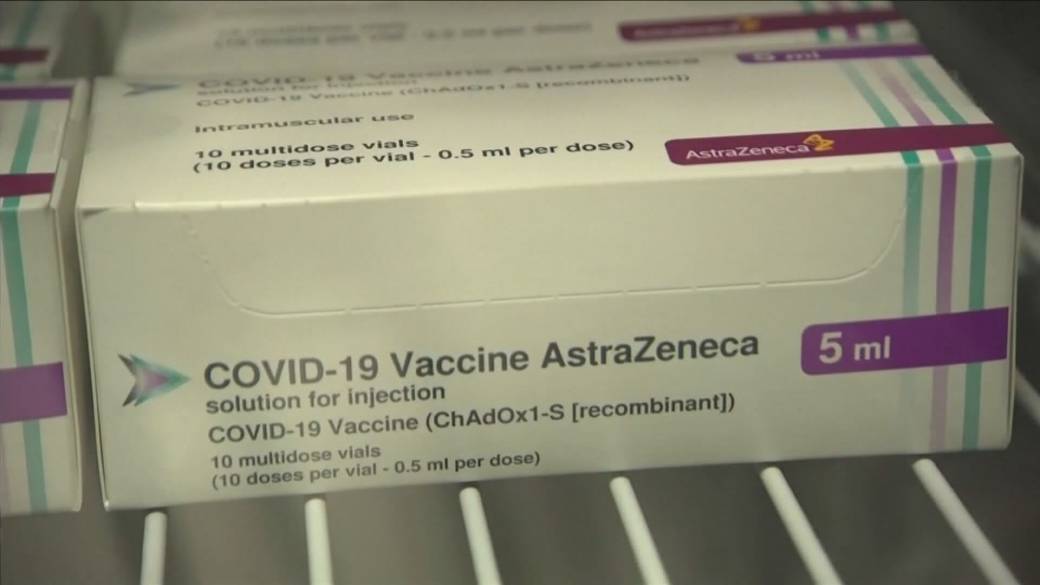 Morrison said once they know how many doses the province will receive, they will know exactly which groups to target.

“But that certainly is our current thinking,” she said.

In an email to Global News, a spokesperson for the New Brunswick Department of Health said the province expects to receive 10,000 doses of the AstraZeneca vaccine this month.

“We are examining Health Canada’s approval and the recommendations from the National Advisory Committee on Immunization to decide how best to employ this vaccine once it does arrive in New Brunswick,” the statement read.

In an email to Global News, a spokesperson for Quebec’s Ministry of Health and Social Services said the province is expecting to receive guidance from its immunization committee very soon.

“This notice will specify the target groups for this vaccine,” the email read in French. “We will adapt our vaccination strategy in the light of this advice.” 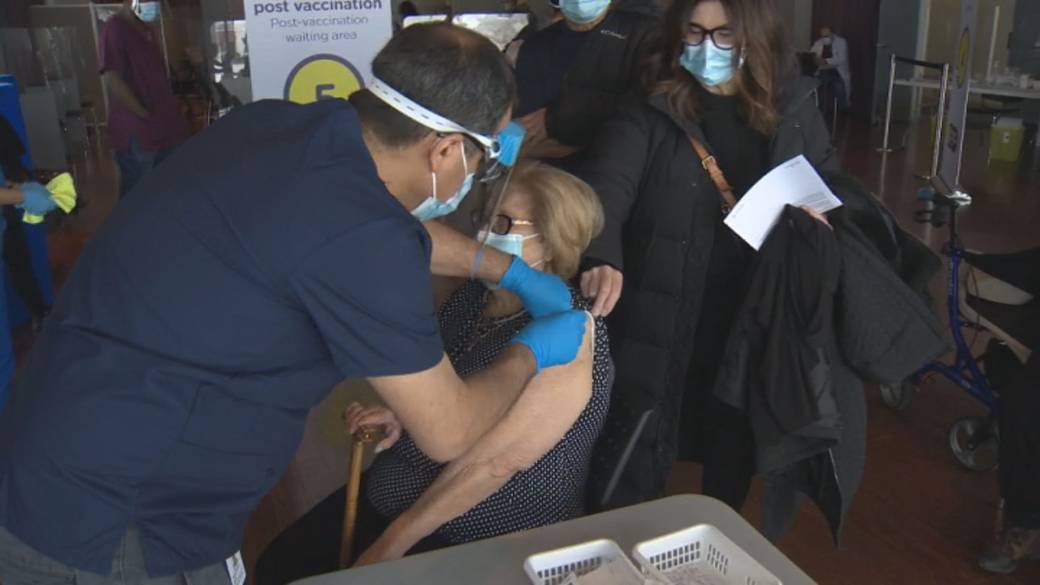 Ontario, meanwhile, has decided it will not administer the AstraZeneca vaccine to seniors.

Health Minister Christine Elliott told The Canadian Press that the province plans to follow the advice of NACI.

She said, though, that it is a “very versatile” vaccine because it does not need to be stored at freezing temperatures.

For that reason, Elliot said the shots could be used elsewhere, like at correctional facilities. 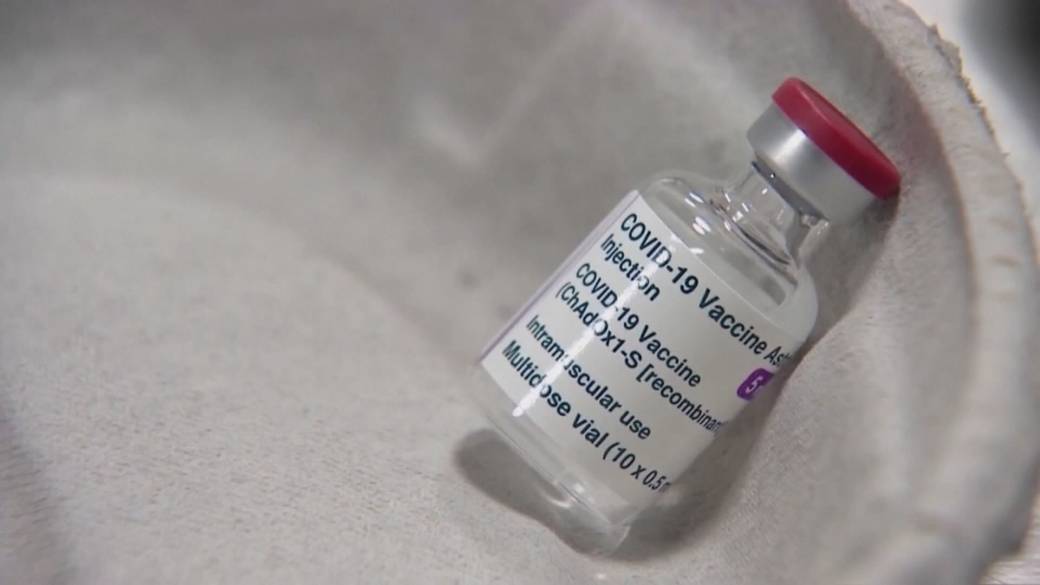 Elliott said an updated vaccination plan that factors in expected AstraZeneca supply will be shared soon.

“There’s a lot that is in the mix right now, but we expect that to be finalized very shortly and we will be making a public announcement of the plan very soon,” she said.

Manitoba’s chief public health officer, Dr. Brent Roussin, told reporters on Tuesday the AstraZeneca vaccine is a “welcome addition to the vaccine repertoire that we have.”

“You know, our goal is to protect as many Manitobans as quickly as possible,” he said. “And right now the rate limiting step is just access to vaccine doses, and for the specific cell that the vaccine task force discussed that, but it’s a welcome addition for sure.”

Global News sent a request for comment to Manitoba to clarify whether the province plans to deliver the AstraZeneca to its senior population, but was not answered by time of publication.

Shahab said as the province receives more vaccines from AstraZeneca or Johnson & Johnson, the shots will need to be incorporated into the vaccination schedule “depending on NACI recommendations.”

“And we have to remember, by the time AstraZeneca and Johnson supplies pick up, we hopefully will already have done everyone 65 and older anyway with Pfizer and Moderna,” he said.

On Monday, Alberta’s Health Minister Tyler Shandro said the province will not be providing the AstraZeneca vaccine to those over the age of 65. 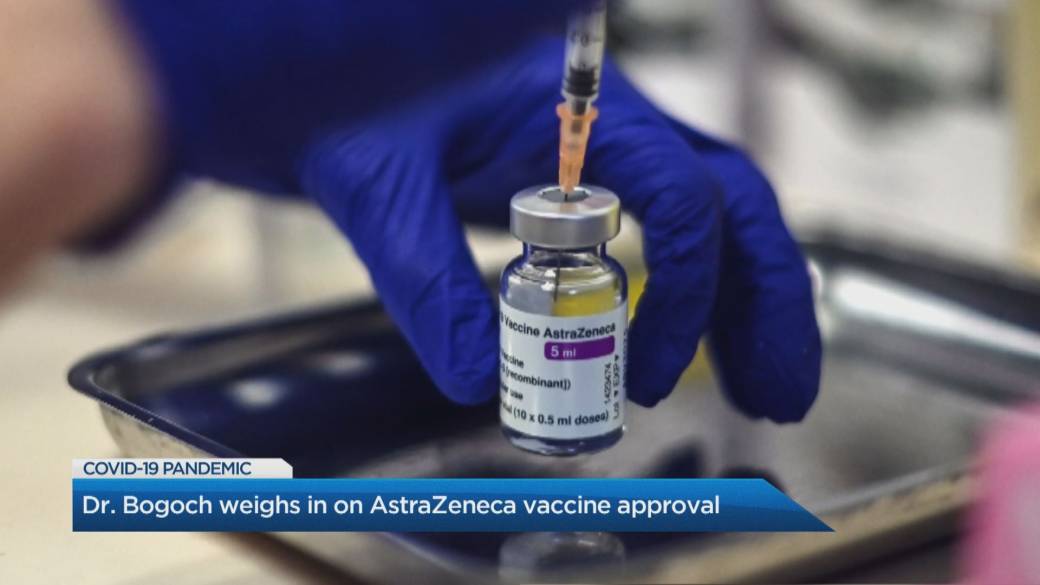 Shandro said how that will impact the administration for those who are in phase two is “still yet to be determined.”

“We will be making those decisions and announcing them fairly soon,” he said. “But you’re right that it has been recommended for the AstraZeneca vaccine to not be provided for those who are 65 and older.”

Meanwhile, the British Columbia Ministry of Health told Global News that once the province knows how many doses of the AstraZeneca shots it will be receiving and when, it will be able to further expand who is receiving the vaccine, including to essential workers, many of whom are under the age of 65.

The ministry said due to the clinical testing of AstraZeneca limited to those under the age of 65, the province will need to adjust its plan to include these vaccines, adding that the province’s immunization committee will be looking at how best to do that based on science, data and ethical analysis.

Neither the Northwest Territories or the Yukon are anticipating receiving any AstraZeneca vaccines.

Instead, they will be vaccinating their populations with the vaccine from Moderna.

Global News reached out to Nunavut to determine whether the territory expects to receive an allotment of AstraZeneca vaccines and if they will be administered to those over 65, but did not hear back by time of publication.

The province has reported 1,063,036 official novel coronavirus cases over the course of the pandemic. The health crisis has killed 15,378 Quebecers to date.
Read more
Facebook
Instagram
RSS
Twitter