Here’s what we know about PFAS, the toxic chemical found in Canada and U.S. cosmetics

Calls are mounting for Canada and the United States to ban a toxic industrial chemical compound that can contaminate water systems for generations after a study revealed it was found in more than half of all cosmetics sold throughout North America.

Democratic U.S. Sen. Richard Blumenthal on Tuesday introduced the bipartisan No PFAS in Cosmetics Act, which seeks to purge the ingredient from cosmetics across the country.

What are PFAs and where are they found?

Polyfluoroalkyl substances (PFAs) are a group of more than 4,700 human-made substances that can be commonly found in many industrial and consumer products, including firefighting foams, textiles, cookware and food packaging.

They are often added to cosmetics to increase their durability and water resistance and are known as “forever chemicals” because they persist in the air, water and soil and can undergo long-range transport through the atmosphere.

Researchers tested more than 230 commonly used cosmetics and found that 56 per cent of foundations and eye products, 48 per cent of lip products and 47 per cent of mascaras contained fluorine — an indicator of PFAS.

According to the study, which was published Tuesday in journal Environmental Science & Technology Letters, the highest PFAS levels were found in waterproof mascara at 82 per cent and long-lasting lipstick, at 62 per cent.

After further testing, the study also found 29 products with higher fluorine concentrations contained between four and 13 specific PFA chemicals. Only one item listed PFAs as an ingredient on its label.

Dr. Miriam Diamond, who co-authored the study on PFAs, said her cohort agreed not to disclose the names and brands of the products used in the study because it would be “unfair” to single out any one brand when there could be thousands of other brands her team didn’t test. She said her team also agreed to keep the two locations they used to purchase the products a secret, but that “lots of people go there.” 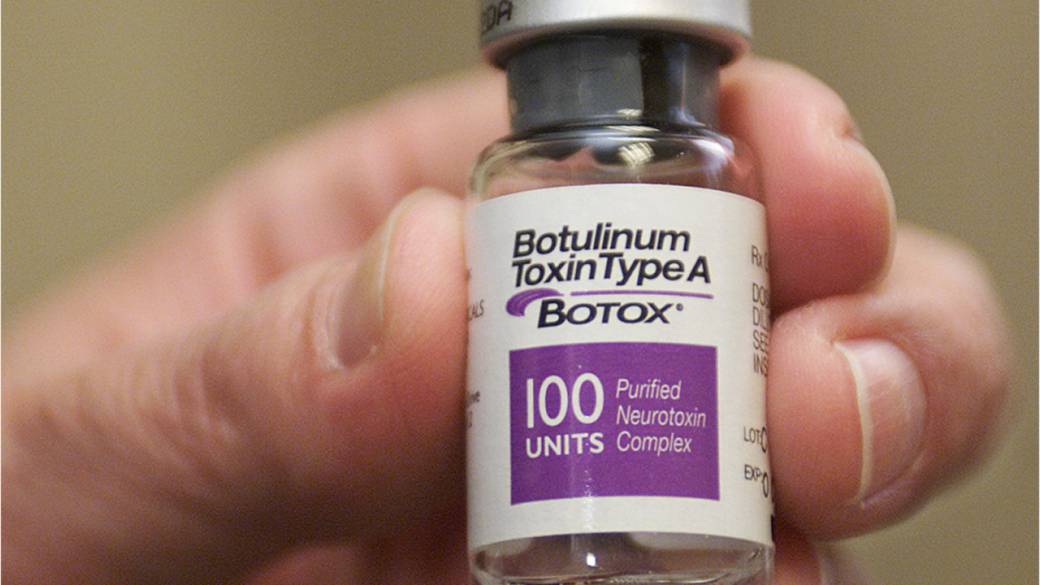 0:33
How a poisonous toxin became Botox

What do PFAs mean for you?

Over a short period of time, human exposure to PFAs is not usually considered toxic. But over a prolonged period of time, these chemicals have been linked to cancer, liver and kidney damage, the altering of a person’s metabolism, diabetes and Type 2 diabetes.

Diamond, an earth sciences professor at the University of Toronto, said there is also growing evidence that exposure to the compounds can alter fertility, lead to reduced fetal growth, increase the probability of developing severe COVID-19 and has raised concerns about decreased COVID-19 vaccine efficacy.

Diamond said PFAs do not harm the skin directly, but can instead be absorbed by the skin and seep into different parts of a person’s body.

“If it’s lipstick, it could go through your mouth, that increases your levels in the body. And then those increased levels have been related to the health effects,” she said. “Every time, a little bit is going to go into you.”

Diamond said little is known about what level of PFAs would need to be absorbed before causing severe damage to a person, but “it’s going to differ depending on the person.”

She urged consumers to avoid buying mascara marketed as waterproof, liquid lipstick and other cosmetic products that market themselves as “long-lasting.”

“It’s very difficult for the biosphere or different processes to degrade them into more common molecules,” she said.

Human beings need to absorb large doses of PFAs to begin exhibiting severe effects, but that’s not the case for aquatic environments like lakes, fish and wildlife that survive in the water.

Even with low doses of PFAs, “you would start to see that they are not growing or reproducing themselves as much as normal or they are changing behaviour,” Hedberg said of aquatic wildlife such as fish and crustaceans.

“But if the doses are even higher then they would be killed, and this happens at pretty low doses for this class of chemicals, for different sensitive species in our environment.” 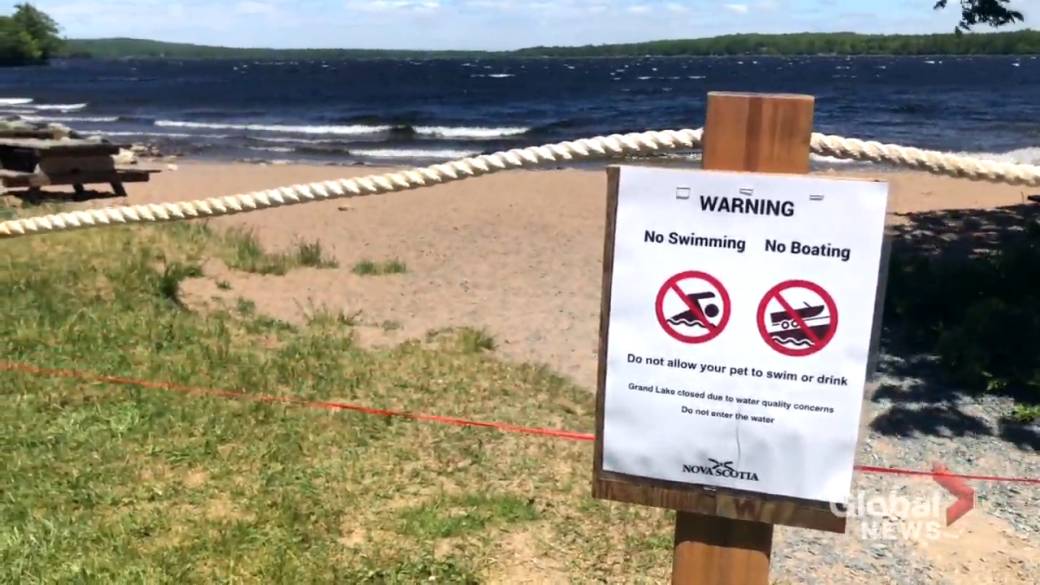 The real problem with PFAs is that the toxins it produces accumulate over time, Hedberg said, rather than showing immediate results. The current generation, for example, may not feel dramatic effects of PFAs, but she said it could “increase the cancer risk in our children.”

“We magnify the problems the longer we use these chemicals,” she said.

Should Canada ban them?

Experts interviewed by Global News seem to suggest Canada should be considering a ban of PFAs.

Canada’s Chemical Management Plan reviews each chemical individually and assesses the risk of each product. But with so many different kinds of PFAs, Hedberg said it would be more prudent just to ban them altogether.

The process for banning a chemical can take years, she noted, adding that it’s easy for chemical producers to work around legislation.

“Producers just change a small, tiny bond in a molecule and it is [no longer] covered by current legislation and you have to do all this legislative process again,” she said.

“And we can’t do that in one country. We need to do that internationally because otherwise it just produced somewhere else. And they are so bio-persistent, it’s like with a virus, you can’t stop it at a border. They will eventually move around the world.”

Diamond said labelling the presence of PFAs on products is “absolutely not enough,” and called on regulators to ban these chemicals for non-essential use.

“To me, cosmetics is a non-essential use,” she said.

“The use of firefighters’ gear or water repellency and durability? Yeah, that’s really important and we need to protect our firefighters. But in cosmetics? No.”

The Government of Canada published a Notice of Intent to address the broad class of PFAs in April, and has begun investing in research, monitoring activities and the development of a state of PFAs report that is expected to be submitted within the next two years.

“Should a human health risk be identified with the use of PFA compounds in cosmetic products, or in cases where a product is sold without all ingredients appearing on the label, Health Canada will take appropriate action under the Cosmetics Regulations,” Health Canada said in an emailed statement to Global News. 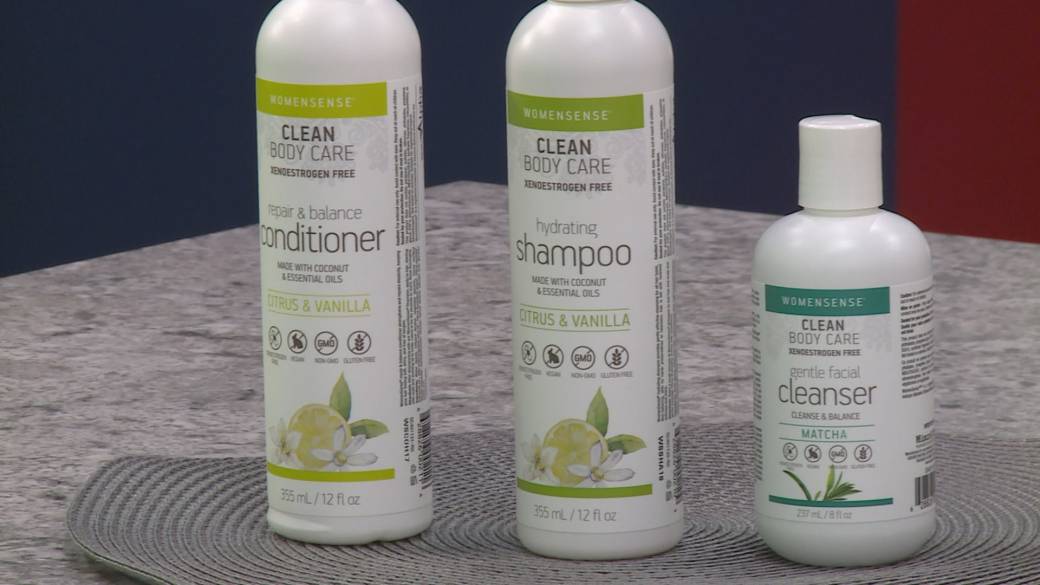 5:17
How cosmetics could alter your hormones

Under Canada’s Food and Drug Act (FDA), manufacturers are prohibited from selling cosmetics that contain substances that may cause injury under “normal conditions of use.”

Section 16 of the FDA states that “no person shall sell any cosmetic that has in or on it any substance that may cause injury to the health of the user.” Canada’s Cosmetics Regulations also require the disclosure of all ingredients on the label for all cosmetic products sold throughout the country.

But Diamond said it’s possible that some cosmetics manufacturers “don’t even know that the PFAs [are] in their product because of complicated supply chains.”

“We can’t afford to contaminate our drinking water as well as our bodies,” she previously said. “Is your beauty worth taking a risk with your health?”

–With files from the Canadian Press and the Associated Press