Health Canada anticipates a total of 36.5 million doses from Pfizer-BioNTech, Moderna and the Oxford-AstraZeneca vaccine from the Serum Institute of India by June 30.

Provinces have yet to move the threshold quite that low, however.

Residents who are between the ages of 55 to 64 have access to the AstraZeneca vaccine.

Residents as young as 55 can now book an appointment for a Pfizer of Moderna vaccine.

The province has also expanded access to the Oxford-AstraZeneca vaccine to residents aged 40 to 54.

People in the province aged 40 to 59 can now book appointments for a COVID-19 vaccine. 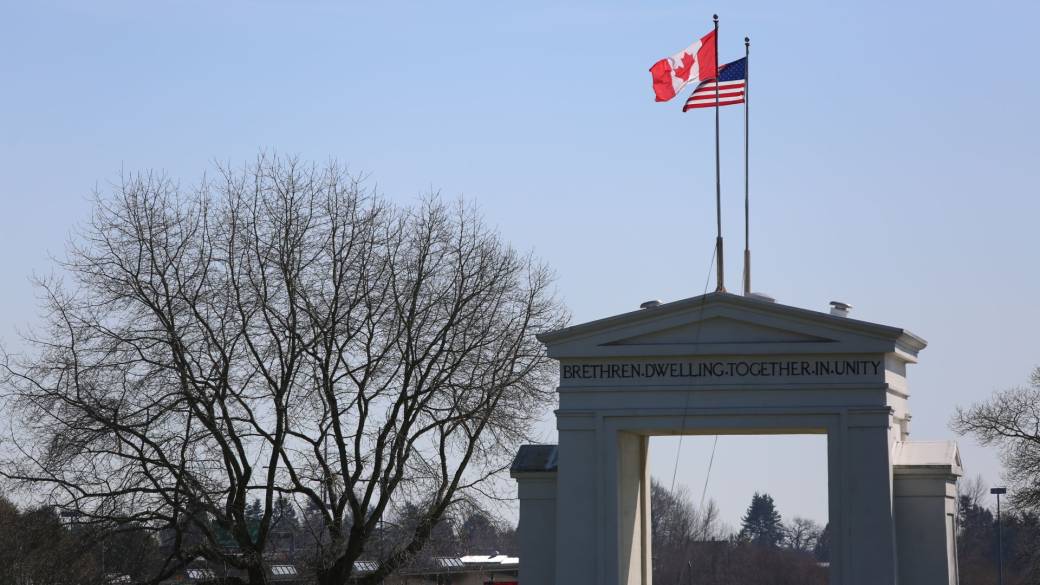 Some Canadians head to U.S. to get COVID-19 vaccine

People as young as 60 can begin booking vaccination appointments.

Officials said the Oxford-AstraZeneca vaccine will be available to people aged 40 to 54 by April 30.

Quebecers aged 50 to 59 can now book appointments to receive a COVID-19 vaccine.

Health Minister Christian Dube has said that all adult Quebecers will be able to make a vaccination appointment by mid-May and receive a COVID-19 vaccine by the end of June.

Over the next two weeks, appointments will rapidly open to Quebecers in descending order of age — dropping by five years every two or three days — until May 14, when they will be available to people aged 18 to 24.

The province has now administered more than 3.1 million doses of vaccine.

The province will send half its vaccine supply for the first two weeks of May to 114 postal codes identified as hot spots, an increase from the 25 per cent allocation those areas currently get.

The move follows a recommendation from the province’s science advisers to allocate shots based on transmission rate rather than age group to reduce hospitalizations and deaths due to COVID-19.

The government said it will return to a per capita distribution for vaccines on the week of May 17.

Ontario is also working to lower age eligibility for the vaccine throughout May, saying those 50 and older can book shots at mass vaccination clinics starting next week. If supply holds, the province expects to make those 18 and older eligible for a shot at mass sites provincewide on the week of May 24.

In hot spots, the province said those 18 and older will be able to book vaccines at mass sites starting Monday.

Vaccine eligibility will also open Monday to those with high-risk health conditions, such as obesity, developmental disabilities and treatments requiring immunosuppression. A group of employees who cannot work from home ? including food manufacturing workers and foster care workers ? also become eligible. 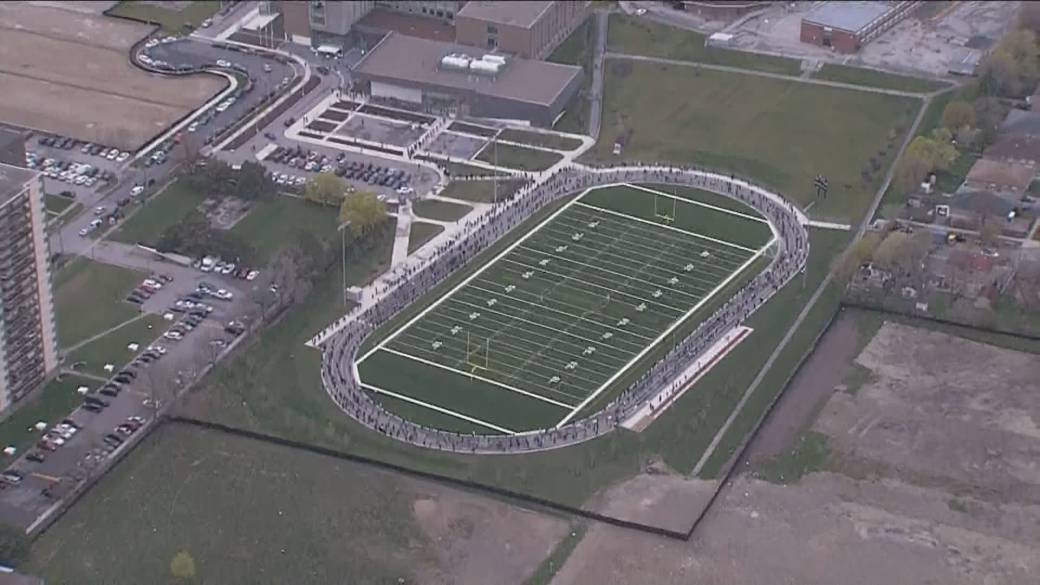 Manitoba is using the Pfizer and Moderna vaccines for First Nations people aged 30 and up and others aged 50 and up. These are available through a few channels including so-called supersites in larger communities. Health officials plan to continue reducing the age minimum, bit by bit, over the coming months.

All front-line police officers and firefighters, regardless of age, qualify as well. All adults who are pregnant, who receive community living disability services or who work in any health-care setting _ including outpatient locations and the province’s vaccine warehouse _ can book an appointment as well

The province is also vaccinating all adults in high-risk areas, including the north of the province and core areas of Winnipeg and Brandon.

Roughly 37 per cent of Manitoba’s adult population has had at least one vaccine dose.

The Saskatchewan Health Authority has opened up bookings for residents aged 40 and older. The minimum age for people living in the Far North is 30.

Read more:
COVID-19 burnout is real — and your employer is worried about it, too

The province previously expanded the vaccine delivery plan for people in more vulnerable groups to include all pregnant women and 16- and 17-year-olds who are considered clinically extremely vulnerable.

Saskatchewan also dropped the age at which people can receive the Oxford-AstraZeneca vaccine to 40 from 55.

The final two groups in Phase 2 include vulnerable Albertans and those who support them, workers at locations with potential for large outbreaks, Albertans aged 50 and older, and all First Nations, Inuit and Metis people aged 35 and older.

Albertans born in 2009 or earlier with high-risk underlying health conditions are eligible for shots.

Previously, shots have been available to front-line health workers, staff and residents in supportive living facilities.

For the Oxford-AstraZeneca vaccine, the province has lowered the minimum age to 40 from 55. For those living in the hot spots of Banff and Lake Louise as well as the Regional Municipality of Wood Buffalo, the age for AstraZeneca is 30. 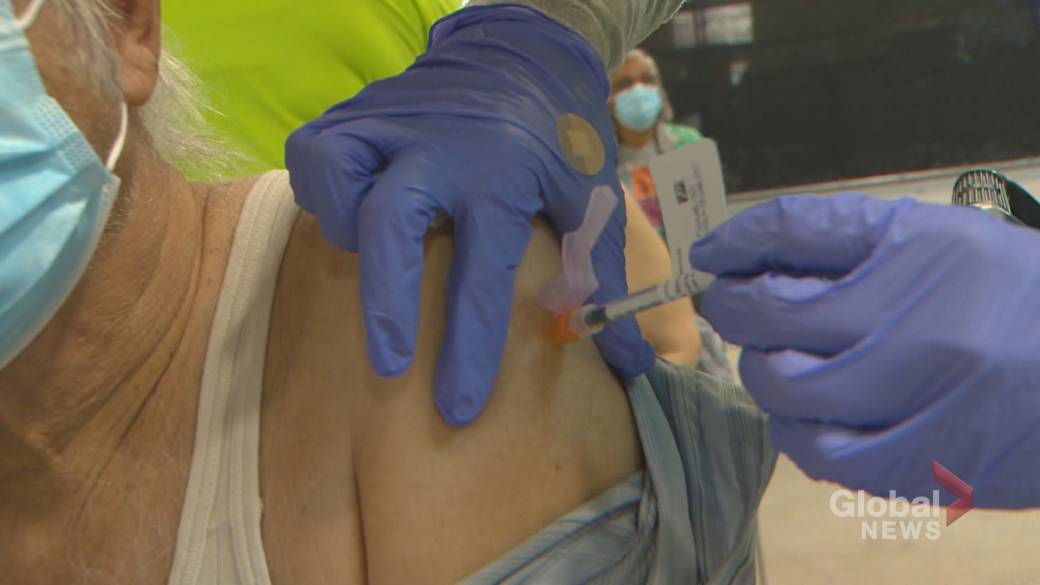 2:00
Ontario to expand vaccine eligibility to all adults by end of May

The Moderna vaccine is also available to Indigenous people in Wood Buffalo as young as 30.

More than 250 pharmacies are offering immunizations. Ten physicians clinics across the province are also providing shots as part of a pilot project, which could be expanded this month.

About 15,000 workers at 136 meat-packing plants across the province can also get shots at on-site clinics, pharmacies and health clinics.

Alberta has said it is extending the time between the first dose and the second to four months. But some cancer patients are able to book a second dose 21 to 28 days after their first.

Health Minister Tyler Shandro has said the province expects to offer all Albertans 18 and over a first dose by the end of June.

The province has lowered the eligibility age for people to register for COVID-19 vaccinations.

The Ministry of Health says all adults over the age of 18 are now eligible to register for vaccines through the province’s Get Vaccinated program.

Once registered, users receive a confirmation code. They then wait for an email, text or call telling them they’re eligible and can book their vaccine appointment using that code.

Health authorities are also targeting so-called hot spot communities that have been hardest hit by COVID-19 with dedicated clinics, which the provincial government says are using its “limited” supply of the Oxford-AstraZeneca vaccine.

B.C. has lowered the age for those eligible to receive the AstraZeneca shot to 30, starting with those in `hot spot’ communities and adding appointments at pharmacies as supplies improve.

Firefighters, police and paramedics, meanwhile, are being vaccinated with the Pfizer-BioNTech and Moderna vaccines alongside staff at schools and childcare centres.

The province says more than 1.78 million doses of the Pfizer-BioNTech, Moderna and AstraZeneca vaccines have been administered, with nearly 40 per cent of eligible people having received their first dose. More than 90,000 people have received both shots.

The territory had expected to finish its vaccine rollout of first and second doses by the end of April.

The Northwest Territories is also providing vaccine to those 18 and older and had expected to finish its rollout by the end of April.

It is similarly offering shots to rotational workers and mine employees coming from southern Canada.

More than 48,000 doses of Moderna vaccine have been administered in Yukon. 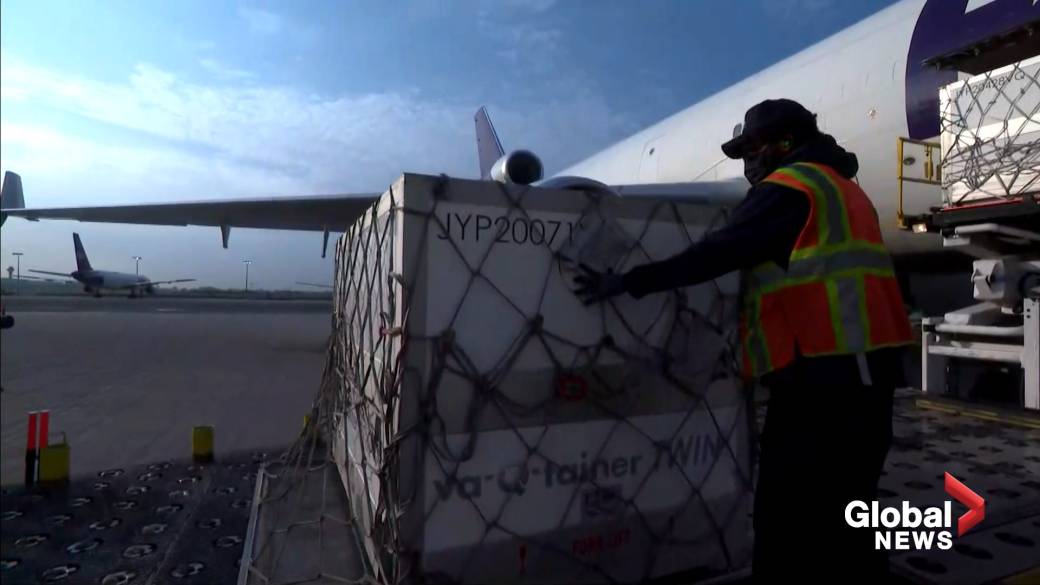 More than 70 per cent of Yukon residents have received their first dose of the COVID-19 vaccine, and more than 53 per cent of the population has now been fully vaccinated.

Health officials say that means they can reduce the hours of operation at the Whitehorse vaccine clinic.

Deputy health minister Stephen Samis says they’ll scale down operations and focus some efforts on other vaccinations, including pre-kindergarten and routine childhood vaccines.