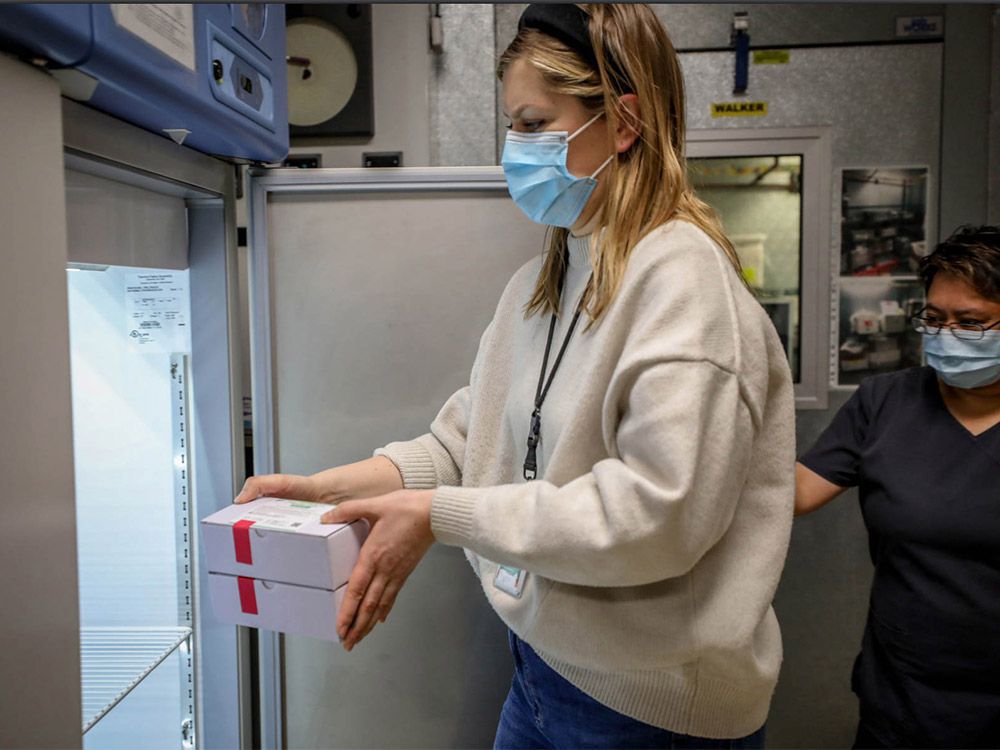 Alberta’s Chief Medical Officer of Health says the Oxford-AstraZeneca vaccine doses being offered in the province have not been linked to the reports of side effects in some European countries.

At least nine European countries, including Denmark and Italy, are pausing their use of AstraZeneca’s doses — some entirely, and others only on specific batches — pending further investigation of blood clots following inoculations.

Dr. Deena Hinshaw says Alberta is using COVIShield, which is the brand name of a vaccine produced by the Serum Institute of India that Health Canada considers equivalent to AstraZeneca.

“I want to assure Albertans that the current doses of COVIShield AstraZeneca vaccine offered in Alberta have not been linked to the side effects issues reported in some European countries linked to one lot of vaccine,” she tweeted Thursday.

Canadian health authorities as well as Dr. Hinshaw say they are keeping a watchful eye on European investigations, however, there is no evidence the blood clots were caused by the vaccine.

“There is currently no indication that vaccination has caused these events and the actions these countries have taken is out of an abundance of caution. We will continue watching closely and monitoring every dose of the vaccine in Alberta,” she tweeted.

The European Medicines Agency is probing the issue but says 30 blood clots in more than five million patients who received the vaccine is not out of step with the normal rate of blood clots in the general population.

Dr. Zain Chagla, an infectious disease doctor at St. Joseph’s Hospital in Hamilton, says that Health Canada is constantly reviewing data on vaccines and it is a normal part of the post-approval process to see these types of investigations occur.

He says he will give the vaccine as planned to his patients unless Health Canada changes its current decision that the benefits of the vaccine outweigh the risks.

All of Canada’s first 500,000 doses of the AstraZeneca vaccine, which arrived in provinces this week, were made in India, rather than in the same European facilities where the doses in question were produced.

Albertans born in 1957 and 1958 can book AstraZeneca appointments online through ahs.ca/covid or by calling Health Link at 811.

First Nations, Inuit and Métis Albertans born in 1972 and 1973 without underlying conditions are also eligible, however they must call 811 as technical constraints prevent the online booking tool from only granting access to some people born in a given birth year.

With files from The Canadian Press