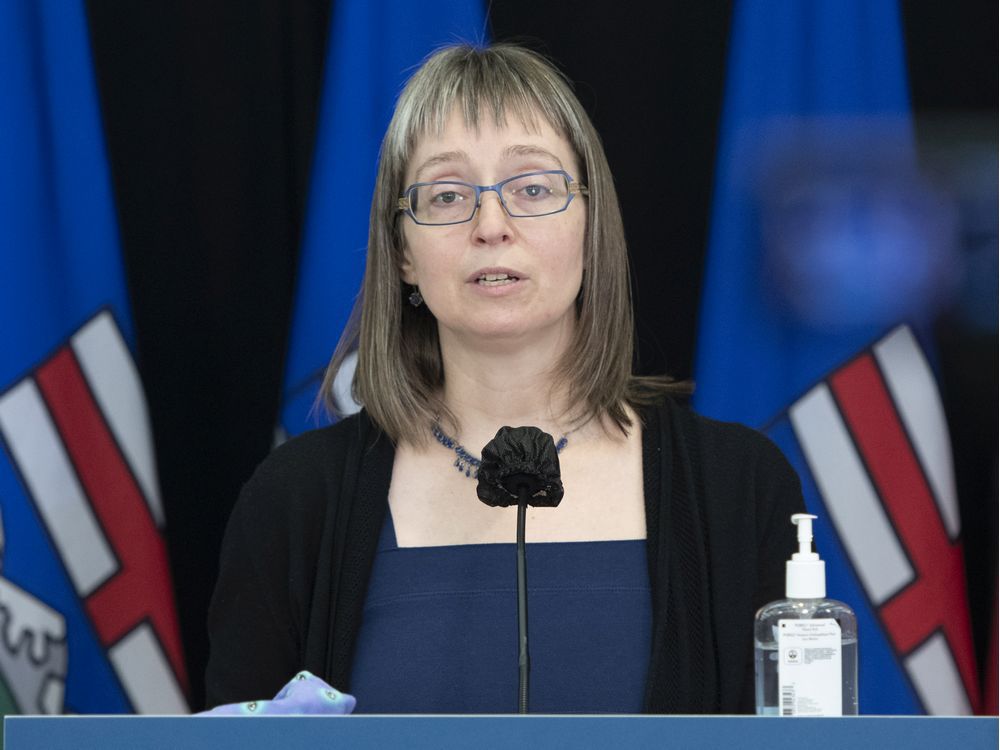 Chief Medical Officer of Health Dr. Deena Hinshaw is slated to give an in-person briefing on the COVID-19 pandemic in Alberta Tuesday at 3:30 p.m.

This will be Hinshaw’s first appearance since last Thursday. Since then, COVID-19 cases in the province have continued to grow. On Friday Alberta topped 1,000 daily cases for the first time since January 6.

Hinshaw has reported via Twitter that an outbreak of the P.1 variant, first identified in Brazil, started with a traveller returning to Alberta from out of province and has been traced to three work sites.

The Alberta government’s Emergency Management Cabinet Committee is meeting Tuesday morning — a day earlier than was expected — though no details have been provided about what specifically is being discussed.