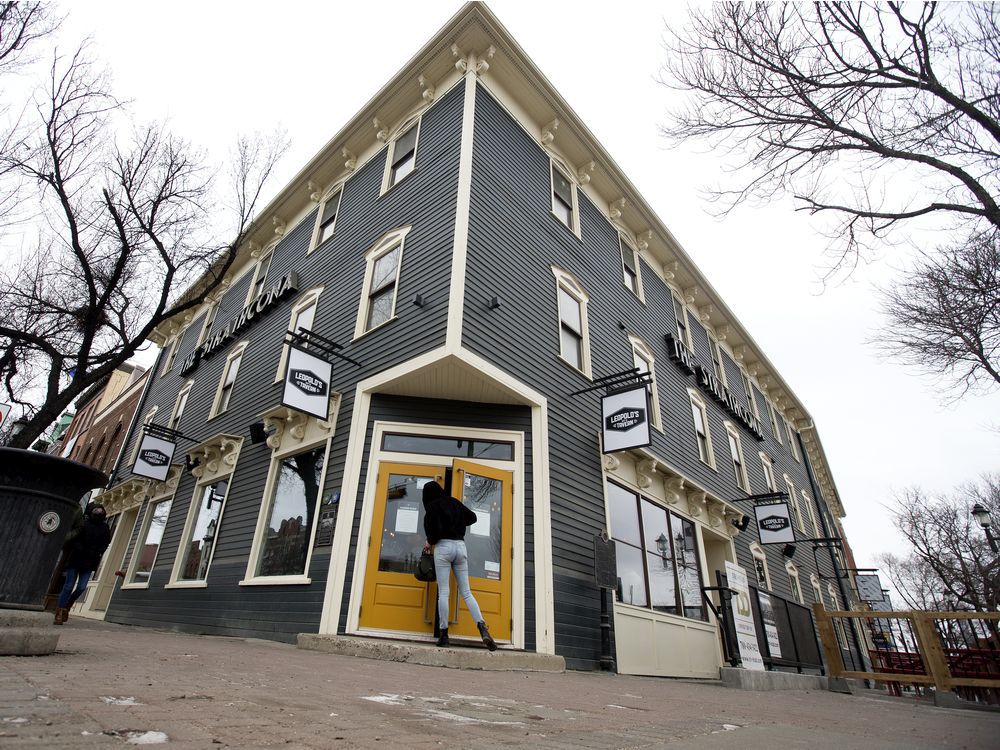 The 130-year-old Strathcona Hotel is getting a new lease on life as it reopened to the public Monday after a rehabilitation project more than two years in the making.

Sporting a fresh exterior with new panels, the historic building on the northwest corner of Whyte Avenue and Gateway Boulevard also has a new look inside and a new name. Now dubbed The Strathcona, Canadian restaurant franchise Leopold’s Tavern is the first tenant in the building as it opened its doors on Monday after a soft launch over the weekend.

General manager Malcolm Rabb said he is excited to welcome Edmontonians back into the hotel so they can see all the work that went into its revitalization. The hotel was acquired by Beljan Development and closed in the fall of 2018. A fire in March 2019 during construction caused significant damage to the structure.

“We’ve got big boots to fill for sure, and being in this building is definitely an honour for us and being in such a great city like Edmonton is an even bigger honour for us, so we just want to do the people proud, bring our service and have a good time,” Rabb said in an interview with Postmedia just before the restaurant doors flung open for the first time.

The pub was initially slated to open last summer, but Rabb said they took the extra time to ensure the pub was ready to meet the expectations of Edmontonians.

The hotel, which is a designated historic resource that can’t be torn down, is the oldest wood-frame commercial building on Whyte Avenue and when it first opened, was a frequent stopping point for those just arriving in the city at the train station across the street.

With the first tenant in, Beljan Development spokesman Nathan Raju said leasing is continuing on the four floors of the building. Raju said they decided to ultimately move away from a hotel or apartment model and leave the upper floors open for retail or office space.

“At this point, the way that we’re looking at this building is it’s going to be more of a unique use, allowing for more of an open space on the second and third floors to allow for really any type of user to take on that space,” he said. “We really just want to make sure that this intersection on Gateway Boulevard and Whyte Avenue and The Strathcona is a spot that many more memories can be carried on for another 100 years.”

As more tenants gear up to move in, Raju said a grand opening of the building is being planned for late spring or early summer.