How effective is the 1st COVID-19 jab? What we know as deleted Tory tweet slams ‘one dose summer’

The Conservatives deleted a tweet on Thursday that leader Erin O’Toole has said was “detracting” from important conversations about the COVID-19 vaccine rollout in Canada.

“A ‘one dose summer’ is not good enough for Canadians,” the tweet read.

The tweet had a meme attached, which showed a group of people smiling and throwing confetti in close quarters. That image, it said, showed a “two-dose summer.” Below it was a second image — a man, seemingly unconscious, lying in a hospital bed using oxygen, which read “Trudeau summer.”

While the tweet has since been deleted, some Liberals caught it before the Conservatives took it down. One Liberal MP shared the screenshot, calling it a “tasteless display.”

This is the Party that wants to lead this country?

Canadians want everyone working together to fight the pandemic, not this kind of tasteless display. Shame on you #cdnpoli pic.twitter.com/z06Jj13ASq

O’Toole acknowledged that the party had decided to delete the tweet when pressed about the image by Global News during a Thursday press conference.

“There’s fear and lack of information,” O’Toole said. “But that post detracted from the serious discussion that we need to have to fill the gap from vaccines, to have a plan to safely and effectively reopen, and that’s why it was removed.”

He said the Conservatives will continue to hold Prime Minister Justin Trudeau to account, but “we have to engage in a way that’s serious.” 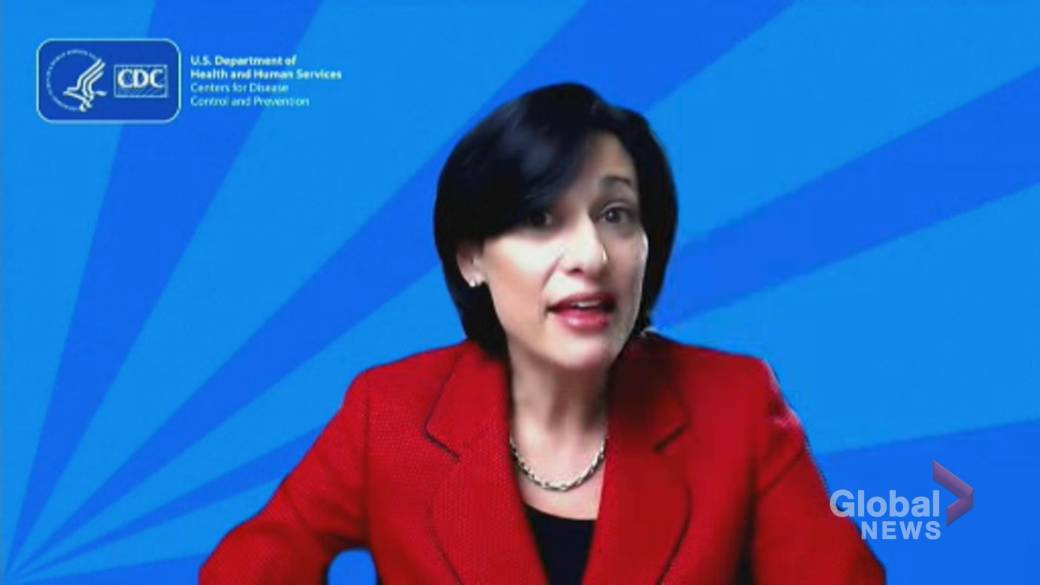 For experts, however, the tweet had an additional pitfall: its implication about the effectiveness of a single vaccine dose.

“People should recognize that they are going to be in much better shape after one dose than they would have been without a vaccine,” said Dr. Matthew Miller, assistant dean at McMaster University’s department of biochemistry and biomedical sciences.

“One dose, I would say, is going to very likely massively change the epidemiological situation in the country.”


How effective is one dose?

Real-world data on the effectiveness of a single COVID-19 jab is starting to flow in, and the results are promising.

Overall, the Pfizer BioNTech, Moderna and AstraZeneca vaccines have shown to be between 60 and 80 per cent effective at preventing any COVID-19 infection at all roughly three to four weeks after receiving a single dose, according to a summary of data published by Public Health Ontario (PHO) in March.

That data is mainly comprised of real-world results from the United Kingdom, the United States and Israel, where the vaccine rollouts have been racing ahead of many other countries. 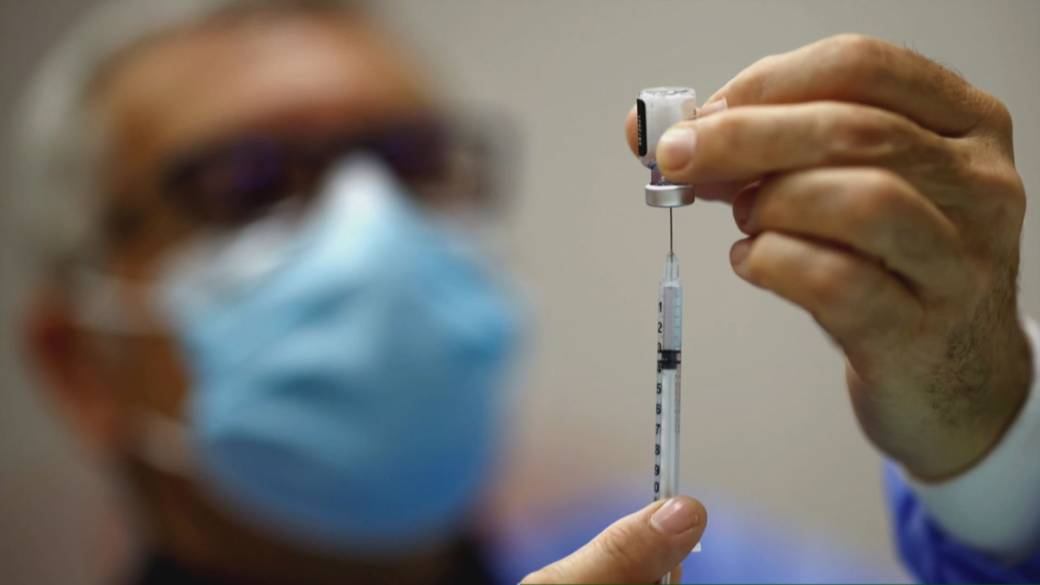 When it comes to preventing death, severe disease and hospitalization, studies of the general population have shown between 80 and 90 per cent effectiveness three to four weeks after receiving a first dose of a COVID-19 vaccine, PHO added.

Data from South Korea shows equally promising results. One dose of the Pfizer vaccine was 89.7 per cent effective in preventing infection at least two weeks after a first dose was given, according to data by the Korea Disease Control and Prevention Agency (KDCA).

Meanwhile, AstraZeneca’s shot was 86 per cent effective two weeks after the first dose. The KDCA data is based on more than 3.5 million people in South Korea, aged 60 and older, over the course two months. Just over half a million of those involved had received one dose of either Pfizer or AstraZeneca — and while there were more than 1,200 COVID-19 cases among the group, just 29 of them came from the vaccinated group.

Some early studies are also hinting that the first dose of a COVID-19 vaccine can have an impact on the recipient’s ability to transmit the virus.

A single dose of Pfizer’s COVID-19 vaccine appeared to cut the number of asymptomatic infections and significantly reduce the risk of transmission of the virus in a U.K. study published in February. That study and its results have yet to be independently peer-reviewed by other scientists, however.

“The protectiveness offered by one dose of all of these vaccines, at least against the dominant strains right now, which is really the B.117 variant, looks very good,” he said.

Their effectiveness in preventing hospitalizations is an even more important indicator, Miller added.

“One dose is definitely going to really help us return to normal, because, of course, one of the things that really drives decision making around the severity of restrictions that are in place with regard to lockdown measures is hospital capacity,” he said.

One expert said the image the Conservative Party tweeted contained “misinformation,” given the evidence about the effectiveness of a single dose.

“If the evidence had been weakening on (single doses) and it was showing that we’re really not safe at all … But that’s not what’s going on — it’s the opposite,” said Kerry Bowman, a professor of bioethics and global health at the University of Toronto. 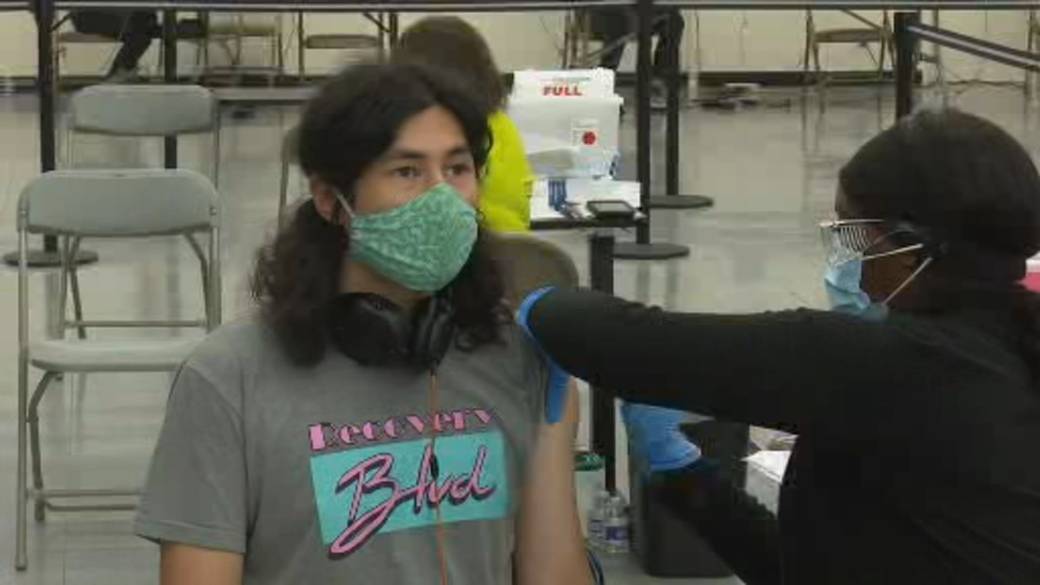 1:56
COVID-19 infections rise among unvaccinated youth in the U.S.

Bowman added the message conveyed in the tweet was “destructive.”

“This is no joke. They’re almost trying to introduce an element of humor,” he said. “It can create fear in people.”

“You know, people are suffering and dying. There’s nothing funny about any of this.”

“I think it’s in bad taste in general to politicize the importance and effects of vaccination. I think it’s certainly appropriate for politicians to debate policy in appropriate forums, which one would hope would be in government circles and the legislature, etc.,” Miller said.

“But I don’t think that it is appropriate to be tweeting with what’s essentially propaganda when, you know, people’s lives are at stake, especially if that propaganda is and isn’t necessarily accurate.”

–With files from Reuters