When Fan Yang’s wife became pregnant with the couple’s second child five years ago, they decided to move out of their 700 square-foot condo in downtown Toronto. But he says finding a suitable place in the city was a tall order.

“When we looked for a three-bedroom unit, it would be more luxury products like a penthouse or 1,500 square feet which we couldn’t afford,” he said in an interview with Global News.

Housing that is bigger than a shoebox condo but smaller than a single-family detached home is referred to as the “missing middle.” Some observers say Toronto has been plagued with a lack of such housing for decades. They argue supply in this segment of the market needs to be addressed, as that’s part of what drives the incessant march higher of prices.

These days, Yang, who previously worked as a senior manager for one of Canada’s biggest banks, oversees the M2M development project in the North Toronto neighbourhood of Newtonbrook.

He says the 8.6-acre plot of land is on track to create a mixed-use complex including 808 residential units in its first phase, of which 60 per cent will have at least two bedrooms and are suitable for families with children. The developer, Aoyuan International, is part of Aoyuan China, a publicly-traded company in Hong Kong, with community-living projects around the world.

“The amenities for this project include a park so people can walk there after dinner, indoor and outdoor play area for kids,” Yang said. “We asked ourselves if our families are living in this project, in this community, how do we want to make it functional for families?”

When M2M units were first available for pre-sale in 2018, Yang says that two-bedroom configurations went for “less than $600,000.” Now, he says 90 per cent of phase one units have been sold and they’re fetching more than $750,000 – still less than the average home price in Toronto, which reached a record $1.1 million in March.

The missing middle is also prevalent in Vancouver, though less of an issue in Montreal where population growth isn’t as significant and price increases haven’t been as much of a problem.

It’s a phenomenon outlined in the 2019 book House Divided: How the Missing Middle Will Solve Toronto’s Housing Crisis. Co-editor John Lorinc says there’s a mismatch between the needs of Toronto’s population and its supply of housing.

“The status quo of doing private deals, throwing up one condo after another, doesn’t provide the answers so it’s a market failure. You need public policy at the table,” he said in an interview with Global News.

Lorinc says “there’s a lot less choice than there was half a century ago.” Feeding into that, he says, is the “commoditization and financialization” of housing, where investors buy up properties without ever intending to live in them, to put them on the market for a quick profit.

Another factor is so-called “NIMBYism,” or a “not in my backyard” mentality which prevents densification rather than encouraging it by adding housing to existing residential neighbourhoods. Lorinc points to Toronto’s zoning rules and the 200 square kilometres within the city that is zoned only for detached single-family homes, the least efficient category of residential space. This area, the so-called “yellowbelt,” has seen population density declining.

Lorinc says fixing what ails the Toronto housing market requires a multi-faceted approach. He suggests a lending facility to help first-time homebuyers as well as subsidies for affordable rentals. These types of solutions could also improve the situation in Vancouver.

“Every level of government has to be more intentional about engaging not-for-profits and charities that do housing and that can be through partnerships with developers,” Lorinc says, adding green incentives in the upcoming federal budget would help too.

“Forty per cent of carbon emissions come from buildings and we need a lot of housing so to the extent that the federal government can incent developers of not-for-profit housing to create environmentally friendly buildings, it’s win-win,” he said. 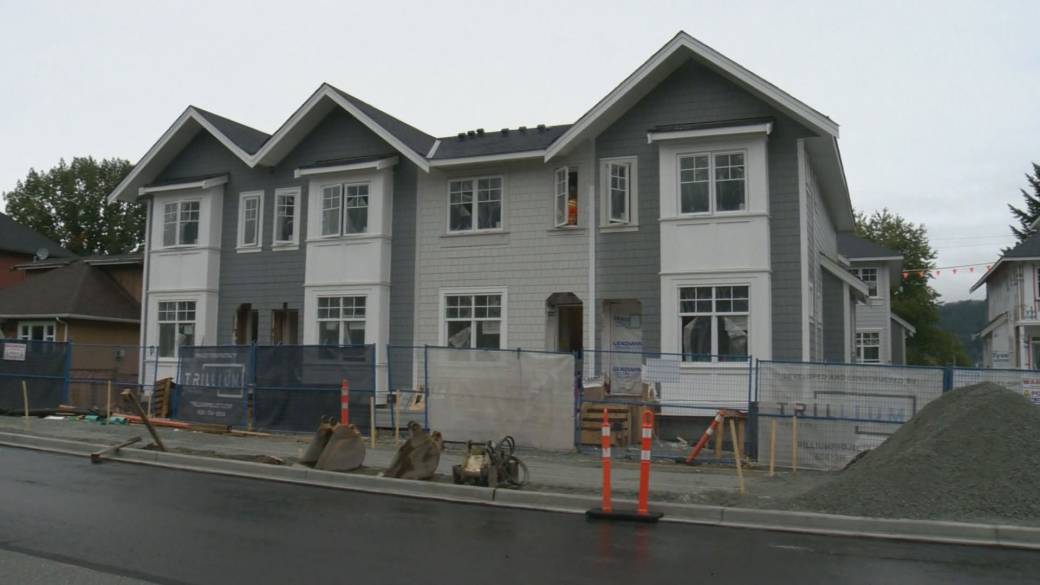 But the clock is ticking. Market analysts predict a frenzy of buying activity, and even more eye-popping price moves higher, ahead of new mortgage stress test rules expected to come into effect June 1.

Historically low interest rates, increased appetite for more space and a significant segment of prospective buyers who became better off financially during the COVID-19 pandemic have all conspired to fuel a housing market that shattered records previously set in 2016, during the last boom.

Despite the latest run-up in prices, Yang is considering upsizing from his two-bedroom unit to accommodate the needs of his growing family in the longer term. The move-in date isn’t until 2023 at the earliest, and he says this location will be well-received in a post-pandemic future.

“In the pandemic, we see more people inquiring about larger units. People realize that home has become more important. We see the family-focused community idea and people like to socialize with people — that’s just human nature.”

Previous articleEdmonton Oilers' prospects Ryan McLeod, Raphael Lavoie may be on the fast track to the NHL
Next articleShould you get the vaccine if you’ve already had COVID-19?