After one visa rejection and a long year of COVID-19 restrictions, Nasreen Fatah Hamirani was finally looking forward to spending Ramadan and Eid with her family in Milton, Ont.

The 73-year-old Pakistani had packed all her luggage and was set to fly from the port city of Karachi on May 1.

But now, her plans have been put on hold after the Canadian government decided to ban all passenger flights from India and Pakistan for 30 days amid concerns over rising COVID-19 cases.

“She’s all by herself in Karachi and she was really excited to come and meet the kids, stay here with us for a while just to visit,” Shizza Mustafa, Hamirani’s daughter-in-law, told Global News.

“We have no immediate family here so it was a big deal for us,” the 33-year-old Canadian-Pakistani said.

The latest travel restrictions came amid mounting pressure from provinces and MPs to suspend international flights from countries where COVID-19 outbreaks are raging.

Besides banning direct flights from India and Pakistan, additional measures will also be enforced for passengers departing from those two countries and coming into Canada via indirect routes, Prime Minister Justin Trudeau said during a news conference Friday.

“These passengers will need to obtain a negative COVID-19 pre-departure test from the last country they travelled through before arriving in Canada,” he added.

Under Canada’s current travel restrictions, passengers are required to show a negative COVID-19 test result taken within 72 hours prior to boarding a plane. They are also tested upon arrival and have to quarantine at a hotel for three days while they await their test result. Travellers are then required to complete the remainder of the mandatory 14-day quarantine after the hotel stopover.

In the last two weeks, more than 100 international flights landing in Canada have carried at least one positive COVID-19 case on board, according to the federal government.

At least 32 of those flights were from India, where a new variant – described as a “double mutant” – is swiftly spreading and raising concern.

A total of 51 cases of the B.1.617 variant – first detected in the Indian state of Maharashtra last year – have been confirmed in Canada, according to the Public Health Agency of Canada (PHAC).

While not officially categorized as a variant of concern (VOC) by PHAC, B.1.617 is being treated as a “variant of interest.” And federal health officials say they are closely monitoring it. 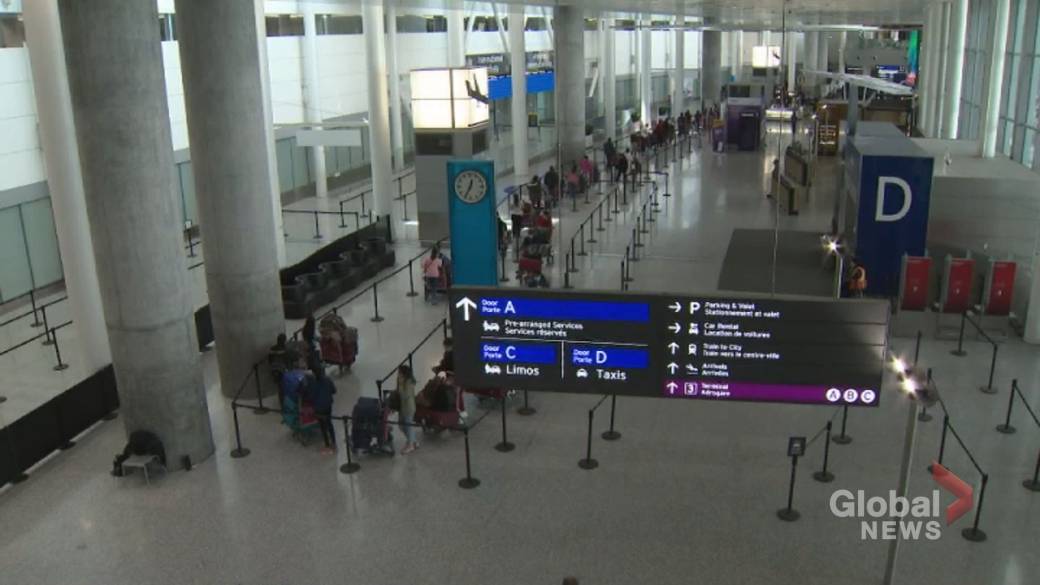 2:07
Canada’s ban on India flights criticized as ‘too little, too late’

Canada’s ban on India flights criticized as ‘too little, too late’

“Two of my friends were supposed to come to Canada this week, but their flights got delayed,” she told Global News after landing.

“So I’m just worried because I’m supposed to live with them.”

Toronto resident Kanwal Ahmed was supposed to fly out to Karachi next week and join her husband to tend to her 70-year-old mother-in-law, who is at a critical stage of pancreatic cancer.

After Thursday’s announcement, she is not sure about her travel plans and is waiting to see what the government decides next.

“It does put me in a limbo and it makes this whole situation very uncertain,” Ahmed, 32, told Global News. 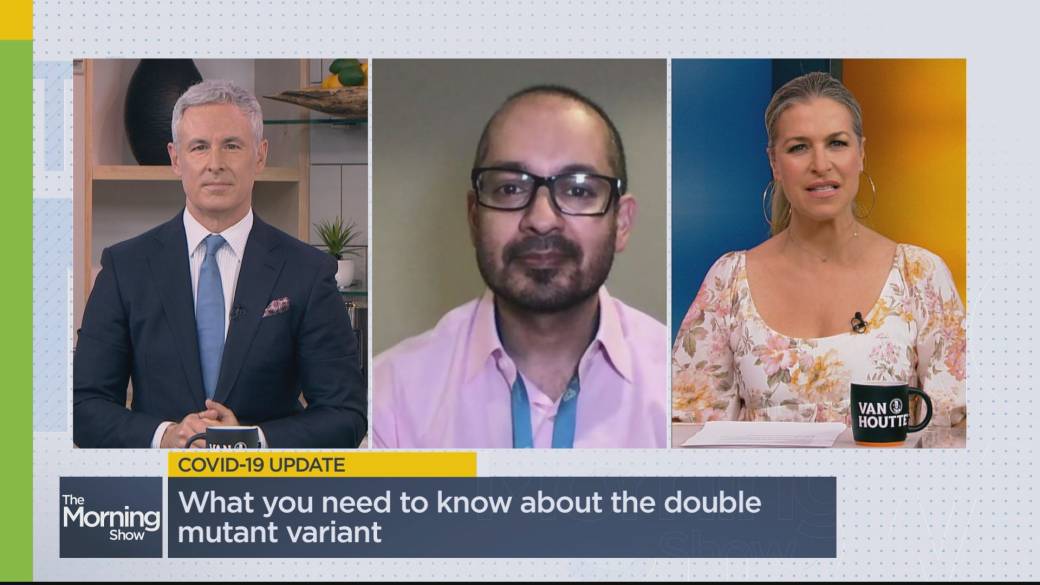 4:41
Is Canada too late in banning flights from other countries? Doctor weighs in

Is Canada too late in banning flights from other countries? Doctor weighs in

Among the 119 flights over the last two weeks that had COVID-19 cases, only two direct flights were from Pakistan.

Both Ahmed and Mustafa questioned why the ban was imposed on the country, which has been reporting lower daily cases than India and Canada.

“I honestly don’t understand why Pakistan was on the list, because we don’t have a situation that’s similar to India,” said Ahmed.

“In fact, I think it’s even better than Canada in Pakistan right now. So I was a little surprised that we were also banned.”

While India accounts for 20 per cent of recent air travel volumes to Canada, more than half of all positive tests conducted at the border are from there, Health Minister Patty Hajdu said at a press conference Thursday.

“A similar high level of cases compared to travel rates have also been linked to Pakistan,” she added. 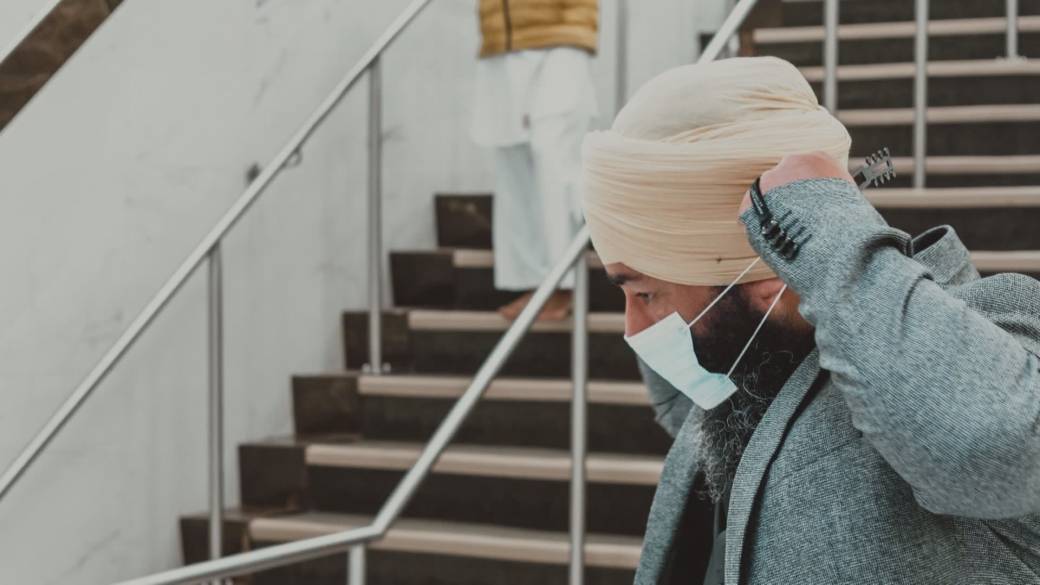 However, some experts say that banning international travel is not necessarily the solution to curbing the spread of COVID-19, and that a ramp-up in testing and vaccination is needed.

“I don’t think we need to ban international travel,” Ananya Banerjee, assistant professor at the school of population and global health at McGill University, told Global News prior to the announcement Thursday.

“What we need is universal access to testing upon arrival to destinations where people are arriving from India,” she said.

“I think people are very well-equipped now to understand the importance of quarantining, so I don’t think we need to ban flights. The reality is India and Canada are very interconnected.”

Meanwhile, there is also concern the characterization of the B.1.617 variant as the “Indian variant” could “fuel racism” against South Asian communities, Banerjee said.

“I do worry in the weeks to come that South Asian communities are going to be experiencing a lot of hate crime and bias attacks.”

Previous articleCanada set to receive 35M Pfizer booster vaccines for 2022
Next articleEdmonton Oilers promote Kahun to play with McDavid. Is this their best possible line-up? Maybe