India reported on Thursday 314,835 new cases of the coronavirus over the previous 24 hours, the highest daily increase recorded anywhere, as its second wave and similar surges elsewhere in the world raised new fears about the virus.

Hospitals across northern and western India including the capital, New Delhi, have issued notices to say they have only a few hours of medical oxygen required to keep COVID-19 patients alive.

More than two-thirds of hospitals had no vacant beds, according to the Delhi government’s online data base and doctors advised patients to stay at home.

“COVID19 has become a public health crisis in India leading to a collapse of the healthcare system,” Krutika Kuppalli, assistant professor at the Division of Infectious Diseases, Medical University of South Carolina in the United States, said on Twitter.

The previous record one-day rise in cases was held by the United States, which had 297,430 new cases on one day in January, though its tally has since fallen sharply. 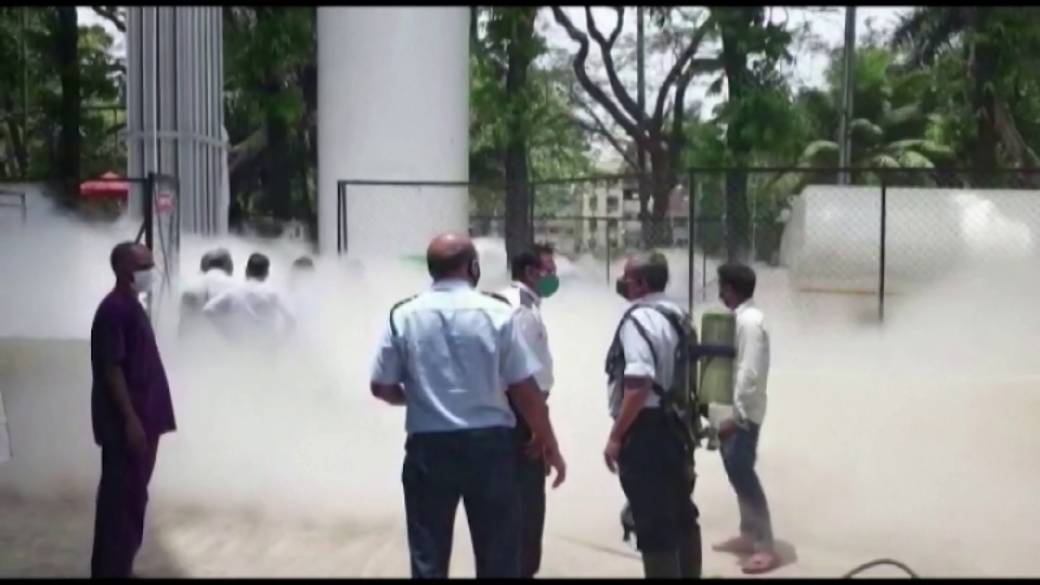 Television showed images of people with empty oxygen cylinders crowding refilling facilities in the most populous state of Uttar Pradesh as they scrambled to save relatives in hospital.

“We never thought a second wave would hit us so hard,” Kiran Mazumdar Shaw, the executive chairman of Biocon & Biocon Biologics, an Indian healthcare firm, wrote in the Economic Times.

India has launched a vaccination drive but only a tiny fraction of the population has had the shots.

Authorities have announced that vaccines will be available to anyone over the age of 18 from May 1 but India won’t have enough shots for the 600 million people who will become eligible, experts say.

Similar surges of infections elsewhere, in South America in particular, are overwhelming health services there.

Health experts said India had let its guard down when the virus seemed to be under control during the winter, when new daily cases were about 10,000, and it lifted restrictions to allow big gatherings. 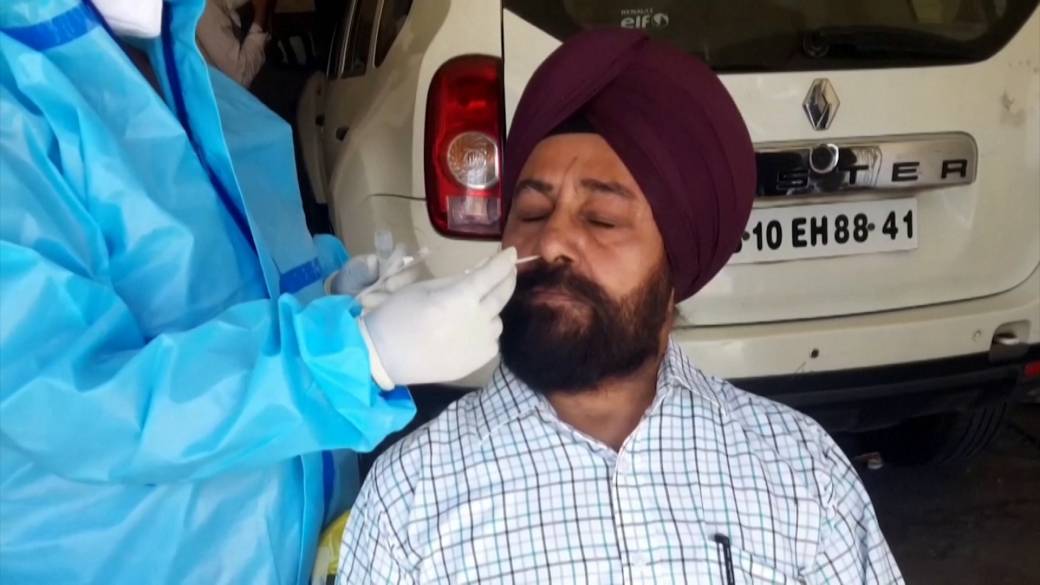 Prime Minister Narendra Modi’s government has come in for criticism for holding packed political rallies for local elections and allowing a religious festival at which millions gathered.

On Thursday, despite the biggest public health emergency the country has faced in a generation, people were voting in the eastern state of West Bengal for a new state assembly in an election that Modi has been campaigning in.

“It’s a festival of democracy and everyone is participating. You can see the queues,” said Krishna Kalyan, a candidate from Modi’s ruling Bharatiya Janata Party.