Many states in India, the world’s biggest vaccine producer, which has exported tens of millions of shots, have also complained of shortages even for the priority groups of recipients.

Inoculations are currently limited to those aged over 45 and health and frontline workers.

“It’s not that you can set up these big vaccine factories overnight,” Modi said addressing chief ministers of states via video conference. “Whatever production we have got, we will have to prioritise.”

“In our cities, a huge segment is poor or elderly … we should take them for vaccination and prioritise it,” he added.

India’s health minister said earlier there was no shortage of shots for the groups eligible for vaccination, with more than 43 million doses in stock or in the pipeline. India has been inoculating about 4 million people a day.

However, vaccine centres in several states, including hardest-hit Maharashtra, home to financial capital Mumbai, have been shutting early and turning people away as supplies run out. Odisha state said it had closed half its vaccination sites. 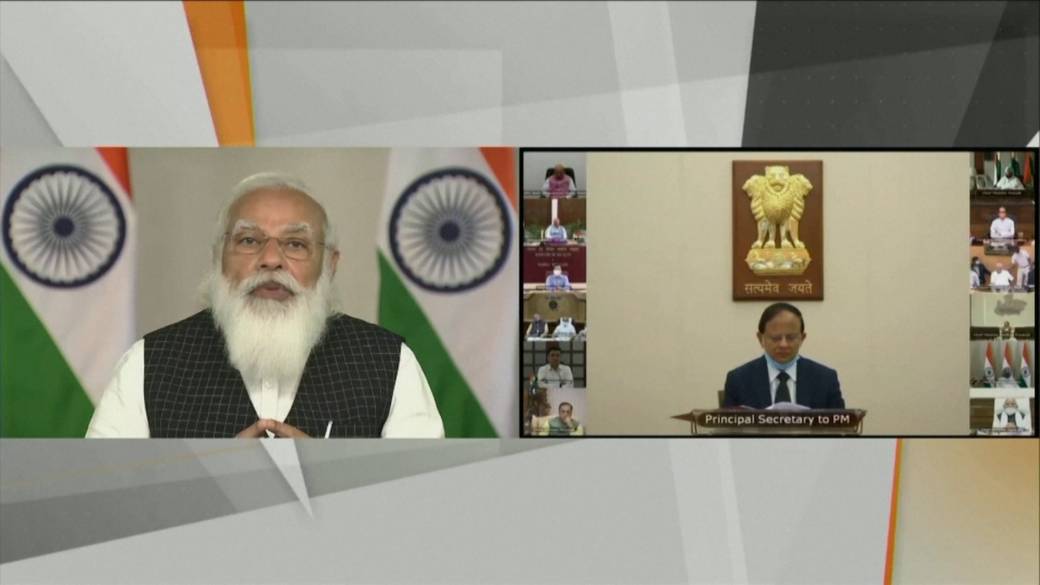 India’s vaccination drive has so far administered 92 million doses, the most in the world after the United States and China, but much lower than many countries per capita.

The country reported 126,789 new COVID-19 cases on Thursday. Daily infections surpassed 100,000 for the first time on Monday and have now exceeded that mark three times, marking the biggest daily rise in the world in the past week.

The surge, much steeper than last year’s first wave, has caught authorities by surprise. The government blames the resurgence mainly on crowding and a reluctance to wear masks as shops and offices have reopened.

With 12.9 million cases, India is the third-worst affected country, after the United States and Brazil. Deaths rose by 685 – the most in five days – to 166,862, data from the health ministry showed.

Healthcare workers outside a government hospital in Mumbai city were seen turning people seeking vaccinations away, asking them to call a helpline number set up by the municipal authorities. It was not immediately possible to confirm whether those seeking the shots were in the priority groups.

“We don’t know when the vaccine will be back in stock. It could be available later today or maybe tomorrow,” one said.

Notices saying “vaccine out of stock” were plastered outside a centre in a neighbouring suburb, along with helpline numbers.

In two other districts in Maharashtra, local officials said inoculation efforts had been stopped and centres were closed.

Opposition parties have blamed Modi’s government for exporting 64.5 million vaccine doses while itself covering only a fraction of India’s 1.35 billion people.

“Why was there no strategy or planning put into the logistics of the vaccine programme?” the main opposition Congress party said on Twitter. “Why is there both extremely high wastage & an acute shortage of vaccines?”

Some of the big states, including Maharashtra, have imposed strict curbs including night curfews and shutting malls, restaurants and places of worship.

The federal government has refused to impose another national lockdown, but Modi said night curfews were an effective tool in fighting the virus and keeping people alert.

New Zealand on Thursday suspended entry for all travellers from India, including its own citizens, for about two weeks.