Protima Singh doesn’t mince her words when describing the COVID-19 surge in India: “The situation is very critical.”

Singh, who lives in the Delhi region, works as the services manager for the International Federation of Red Cross. She said the challenges being faced in India are profound and complicated.

Read more:
How did India’s COVID-19 crisis get so bad?

And for her, they’re no longer just numbers — they’re familiar names, including her sisters.

“Every single day I hear my friends, family getting infected,” she said.

“My younger sister just tested positive. So it’s very, very overwhelming… It’s everywhere, everywhere that we see this. It’s so close to you.”

The world’s second-most populated nation is embroiled in a health crisis, with hospitals and morgues overwhelmed. On Thursday, India’s total COVID-19 cases passed 18 million. Over the past week, the country has continuously set new global records for daily infections and deaths.

Thursday was no different. India reported more than 370,000 new infections and 3,645 deaths — the highest number of fatalities in a single day since the start of the pandemic. 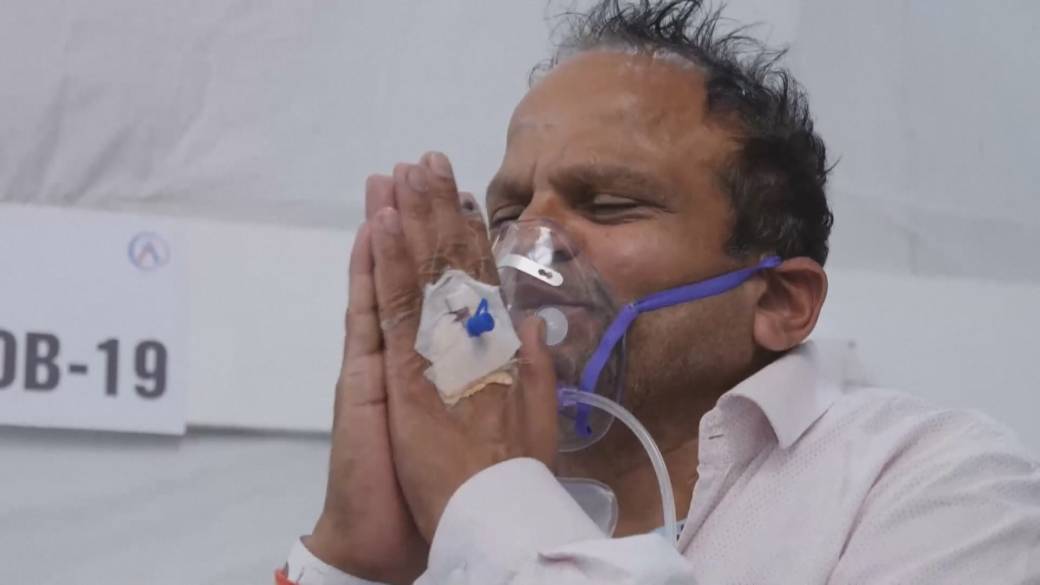 The Red Cross has been “at the heart” of outreach, Singh said. She said help has been focused on the most vulnerable, including elderly folk, single mothers and people with disabilities.

The needs are all different, she said. It might be that someone needs help getting an ambulance to take them to a hospital but others need help with food and medical supplies.

“But the needs are large.”

Dr. Diptendra Sarkar, an oncologist and consultant surgeon based in Kolkata, located in the state of West Bengal, agrees but said premature and confusing messaging from governments about potentially being in the clear emboldened the virus to surge again.

“I think the government is trying their level best but taking into consideration the suddenness to which this went up — it went up straight up — before somebody could understand that there was a storm (coming).”

Vaccines are key to digging countries out of the depths of the pandemic. While shots started to roll out in India in January, the effort hasn’t accelerated as fast as many would have hoped.

Only about 10 per cent of the country’s population have received one dose and just over 1.5 per cent have received two doses of the jabs in circulation — one by Oxford-AstraZeneca (Covishield) and one by Indian firm Bharat Biotech (Covaxin).

Sarkar described the vaccine approach as “very casual,” but suggested the arrival of shots likely played a role in increasing complacency among the public, ultimately adding to the level of crisis India is in now.

He said some Indians may have fallen victim to vaccine conspiracy theories too, delaying a faster uptake.

“Now they’re rushing, now they’re lining up, and every vaccine centre is becoming like an epicentre for creation of a super-spreading of the epidemic,” he said. 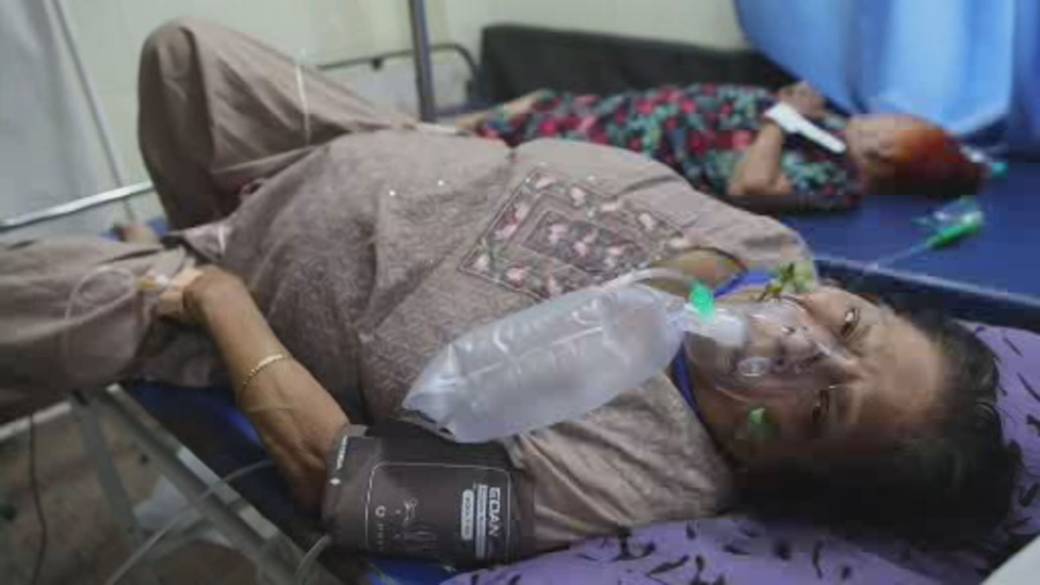 2:06
India on the brink of COVID-19 collapse as countries race to help

The government is set to open up vaccine eligibility to those 18-plus on May 1, which would pave the way for hundreds of thousands more Indians to achieve at least partial protection from the virus.

But shortages of shots have already affected the rollout in many states. Even though appointments are opening up for more age groups in a matter of days, many say the process has been difficult.

Jyoti Kanabar, 23, who lives in Kolkata, said she was able to register herself after several attempts online. She was also able to register her 47-year-old father — who has yet to receive his first shot, despite having to leave the house daily for work.

“The catch here is, we did not receive an appointment date as of now,” she told Global News.

“We don’t know when we’re going to receive the vaccine… There are no appointments available before July 21st. I don’t even know if there are appointments after July 21st because the website doesn’t let you check that.”

To get a vaccine sooner, Kanabar said the only other option is to show up at hospitals and other approved centres. Many of these places have long lines and are extremely crowded, she said,

“There’s a high chance you might get infected with COVID there,” she said, noting that her mother has a heart problem, making her particularly susceptible to the illness.

“If my mother gets COVID or my father gets COVID, I don’t know if they’ll be able to survive or not… I’m pretty worried about the situation right now because there’s not a sufficient amount of beds or oxygen available.

A shortage of beds and oxygen has only further crippled India’s ability to treat patients and save lives.

At one point, supplies of oxygen in some hospitals were near empty, prompting desperate doctors and nurses to post impassioned pleas on social media for help.

“Somebody called me to tell me he’s trying to get an oxygen extractor in his residence. That costs around $2,000,” Sarkar said.

“He is getting it in his residence hoping that if he does develop COVID, he’s not going to go to the hospital.” 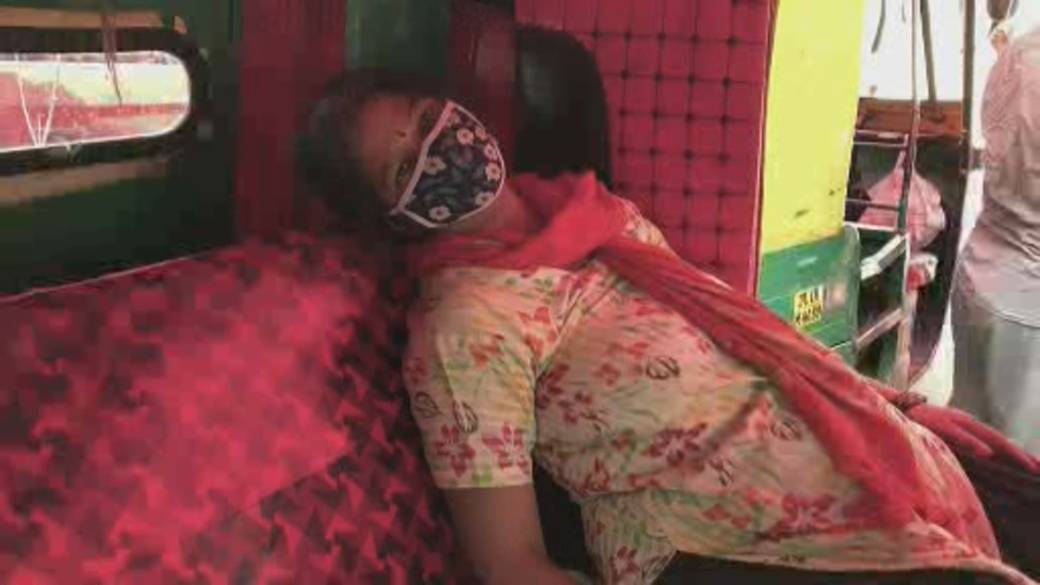 Singapore, Germany and the U.K. sent oxygen-related materials to India over the weekend, and the European Union is co-ordinating with the bloc for more.

The U.S. has also offered to help with PPE, COVID-19 tests and oxygen supplies, as well as send raw materials for vaccine production to strengthen India’s capacity to make AstraZeneca doses. President Joe Biden vowed to share up to 60 million doses of its domestically made AstraZeneca vaccines with other countries in the near future, though it’s unclear how many of those doses will go to India.

“Everyone’s contributing in whatever way they can,” Singh said.

Despite it all, she maintains hope.

“Right now numbers are rising and it will take some time before it becomes better, but I think there’s light at the end of the tunnel,” she said.

“Things will become better… And we are making sure we reach out wherever it’s required.”

— with files from The Associated Press and Global News’ Crystal Goomansingh