Israel’s Health Ministry said on Tuesday it found the small number of heart inflammation cases observed mainly in young men who received Pfizer’s COVID-19 vaccine in Israel were likely linked to their vaccination.

Pfizer has said it has not observed a higher rate of the condition, known as myocarditis, than would normally be expected in the general population.

In Israel, 275 cases of myocarditis were reported between December 2020 and May 2021 among more than 5 million vaccinated people, the ministry said in disclosing the findings of a study it commissioned to examine the matter.

Most patients who experienced heart inflammation spent no more than four days in hospital and 95% of the cases were classified as mild, according to the study, which the ministry said was conducted by three teams of experts.

The study found “there is a probable link between receiving the second dose (of Pfizer) vaccine and the appearance of myocarditis among men aged 16 to 30,” it said in a statement.

According to the findings, such a link was observed more among men aged 16 to 19 than in other age groups.

Pfizer said in a statement that it is aware of the Israeli observations of myocarditis, noting that no causal link to its vaccine has been established.

Adverse events are thoroughly reviewed and Pfizer meets regularly with the Vaccine Safety Department of the Israeli Ministry of Health to review data, it said. 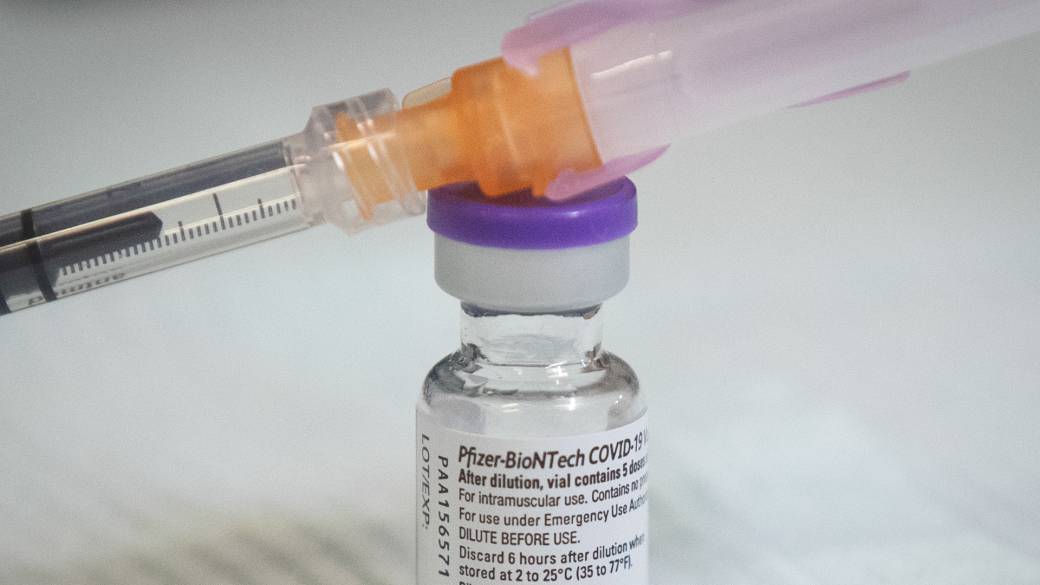 0:40
BioNTech CEO says COVID-19 vaccine expected to be up to 75 per cent effective against variant first detected in India

BioNTech CEO says COVID-19 vaccine expected to be up to 75 per cent effective against variant first detected in India – May 20, 2021

A U.S. Centers for Disease Control and Prevention advisory group last month recommended further study of the possibility of a link between myocarditis and mRNA vaccines, which include those from Pfizer and Moderna Inc.

CDC monitoring systems had not found more cases than would be expected in the population, but the advisory group said in a statement that members felt healthcare providers should be made aware of reports of a “potential adverse event.”

The Israeli ministry released the statement, which contained no recommendations, ahead of a widely expected decision on whether to begin vaccinating youngsters aged 12 to 15 in Israel.

It said a team examining that issue would make its recommendation to the ministry’s director-general, but gave no date.

Israeli media reports said a decision on including the 12-15 age group in the country’s vaccination programme could come as early as Sunday.

Israel has been a world leader in its vaccination rollout.

With COVID-19 infections down to just a handful a day and total active cases at just 340 across the country, the economy has fully opened, though restrictions remain on incoming tourism.

Some 55% of Israel’s population has already been vaccinated. As of Tuesday, restrictions on social distancing and the need for special green vaccination passes to enter certain restaurants and venues were scrapped.

Previous articleCan governments mandate COVID-19 vaccines for long-term care staff? Experts weigh in
Next articleOilers insider: “Zack Kassian, there will be teams interested in him.” But should Edmonton move him?