'It feels like the end is in sight:' Delayed Valley Line Southeast LRT line nears 90 per cent completion 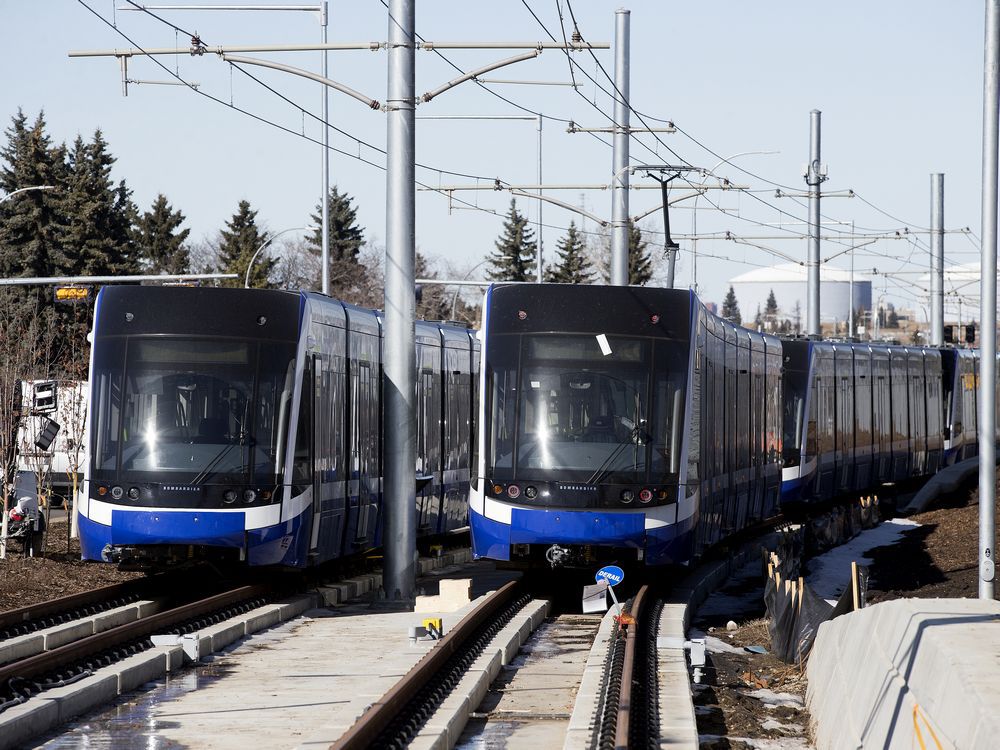 Edmonton’s delayed 13-kilometre Valley Line Southeast LRT line is moving closer to completion as it is set to begin operation later this year.

A firm timeline hasn’t been provided by the city and the contractor TransEd as for when trains will start rolling between Downtown and Mill Woods on the $1.8-billion system. But a 2020 year-end progress report released Friday said the 11-stop line is 87.6 per cent complete and the project remains on budget and within the scope of work. This is up from 81.4 per cent completion at the end of the third quarter in 2020.

The first leg of the Valley Line LRT line was initially supposed to be operational last December, but faced an early setback in the form of a car-sized concrete slab found in the North Saskatchewan River. The surprise roadblock caused significant delays on construction of the new Tawatinâ Bridge connecting the line across the river.

A planned shared-use path on the bridge had a deadline of May 2019 and, as a result of the delays, installation is just beginning with no timeline for completion. Residents in the area have been without a link across the river since the old bridge was removed in early 2017.

Ward 8 Coun. Ben Henderson, representing communities on the south side of the river waiting for the link to the north, said he expects one more summer without the pedestrian bridge. He said his best guess is that both the bridge and the line will be up and running in the fall. In an update from the city last August, infrastructure officials said the line was trending at least six months behind, meaning a June launch at the earliest.

“Obviously we’d like to get it going as fast as possible, it’s looking pretty close to me but I think there’s a lot of testing and other work that needs to happen, my guess is we’re looking fall,” Henderson said in an interview with Postmedia.

All 26 low-floor light rail vehicles have been received and testing has been ongoing on 66 Street between 34 Avenue and 51 Avenue. Construction is ongoing for several of the LRT stations, the Churchill Connector to the Capital Line and the operations and maintenance facility.

With work on the project starting in the spring of 2016, Henderson said the line has been a long time coming but he thinks the few more months of waiting will be worth it when residents get to board the trains.

“My best guess is it will be fall and quite frankly, at this point, considering how long we’ve been at getting it open, it feels like the end is in sight,” he said. “And I think that’s reassuring to everybody and once it’s done we can all be happy with it hopefully.”