Restaurants and pubs in the Halifax region once again have to adjust their business plans, after the province announced that all service must end at 9 p.m.

Tougher restrictions for the municipality went into effect on Saturday after 10 new COVID-19 cases were reported the day prior.

Under the new measures, restaurants and bars must stop serving food and drinks at 9 p.m., and must close by 10 p.m. — one hour earlier than previous measures ordered.

Restrictions are to be in effect until at least March 26, health officials said Friday.

Since the measure was announced on Friday afternoon, several Halifax establishments took to social media to express frustration.

Cheryl Doherty, co-owner of The Old Triangle, says there is a lack of clear communication from the province to owners who are willing to be pro-active.

“We have some great ideas which we have actually implemented now. The 10-person seating, we’ve actually changed it; we’re not taking groups larger than six. We’re offering paid sick days to our staff, to take sick time and go get tested if they want.

“We do have thoughts and ideas, but they’re not talking to us.”

The new early-closing order caught her by surprise, and Doherty says it’s not just the business that suffers.

“It does hurt us, but it hurts our staff, and that’s really what we’re most upset about.

Obladee, a wine bar located on Barrington Street, also took to Twitter to express frustration with the new rule.

“Good public policy is based on sound evidence. Governments should make public the evidence that they are relying upon to make decisions,” the bar tweeted.

“When the decision was taken to reduce restaurant operating hours to 9 p.m., no supporting evidence was provided,” it said in the thread.

Hi! 👋🏼 We are calling on the government to explain why they have decided to further limit operating hours for bars & restaurants. TWEET 1/6 pic.twitter.com/lazQloV37f

Chief medical officer of health Dr. Robert Strang said in the Friday briefing that the province is sending a message.

“In some ways what this does is send a strong message to the public that we need to be smarter,” Strang said.

“Too many people are going out to multiple restaurants, many times a week.” 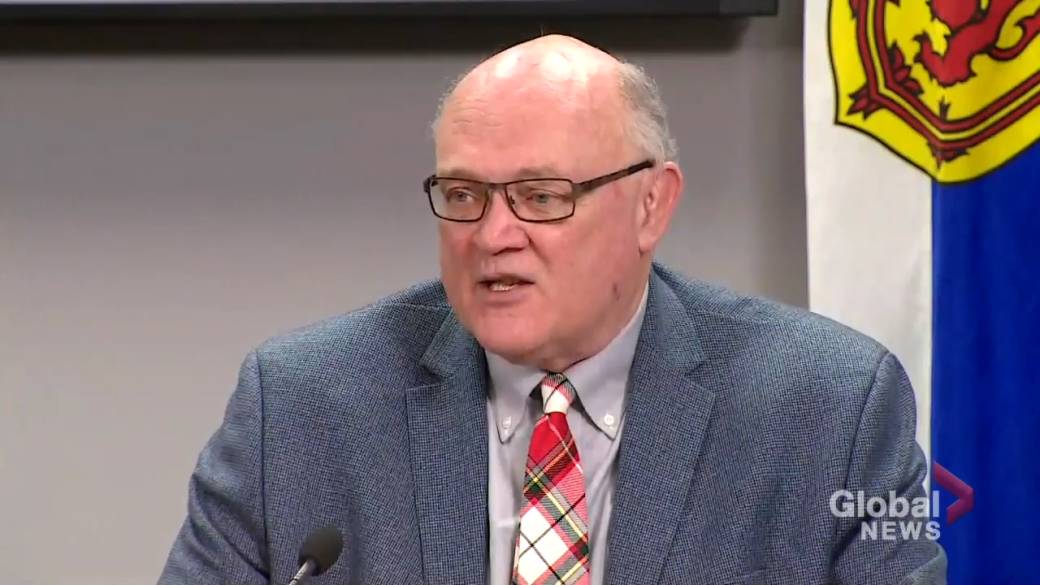 Doherty said though that while federal and provincial governments have provided enough help to business-owners, workers have been left out.

She said the provincial health officials are well-intended but there are still holes in the response against COVID-19.

“COVID isn’t growing on trees, it’s coming into the province – but yet the biggest measure they came to yesterday was closing us down an hour earlier.”

According to Doherty, the Old Triangle is happy to close if that’s what needs to be done, but there are more problems that need to be addressed.

The Old Triangle has decided to shut down this year for St. Patrick’s Day. The day is usually one of the pub’s busiest of the year.

“We hadn’t planned on closing down this year,” Doherty said, but explained that trying to figure out logistics was too much.

“We would have to be reservation-only and have the seats pre-assigned.

“We really didn’t want to see people lining up trying to get in. As much as you try to control them and say ‘you have to have reservations,’ we just thought it was a risk that really wasn’t worth it.”

“We had a chat with Durty Nelly’s, kind of being the two biggest Irish bars in the core, we decided together it’s probably prudent to just say no this year,” Doherty said.

Read more: All the potential COVID-19 exposure sites in Nova Scotia over the past 14 days

Durty Nelly’s general manager Eugene McCabe says the bar decided to close in the best interest of the community.

“We know what a rivalrous day it can be. It’s a fun time in the city,” he said.

But, McCabe said the province is pushing close to getting the vaccines rolled out and Durty Nelly’s wants to stay ahead of the game by taking measures.

McCabe says he wants to avoid a full lockdown like the one in Ireland, where he’s from.

“It’s one day to sacrifice for the good of the rest of the year.”

With a population of just under five million people, Ireland reported 738 cases of COVID-19 on Saturday and 13 new deaths. Its restrictions are now some of the tightest in Europe, and could last well into spring.

In a regular year, celebrating the Irish holiday would bring more than a thousand guests in one day to Durty Nelly’s, McCabe said.

With COVID-19 protocols, it would have been a lot of work to monitor the line-ups.

“It’s not what Paddy’s Day normally is, we definitely are fun and it’s a jovial kind of day… It’s difficult and hard but we definitely see it for the greater good.”