Jujhar Khaira back in the line-up for Edmonton Oilers 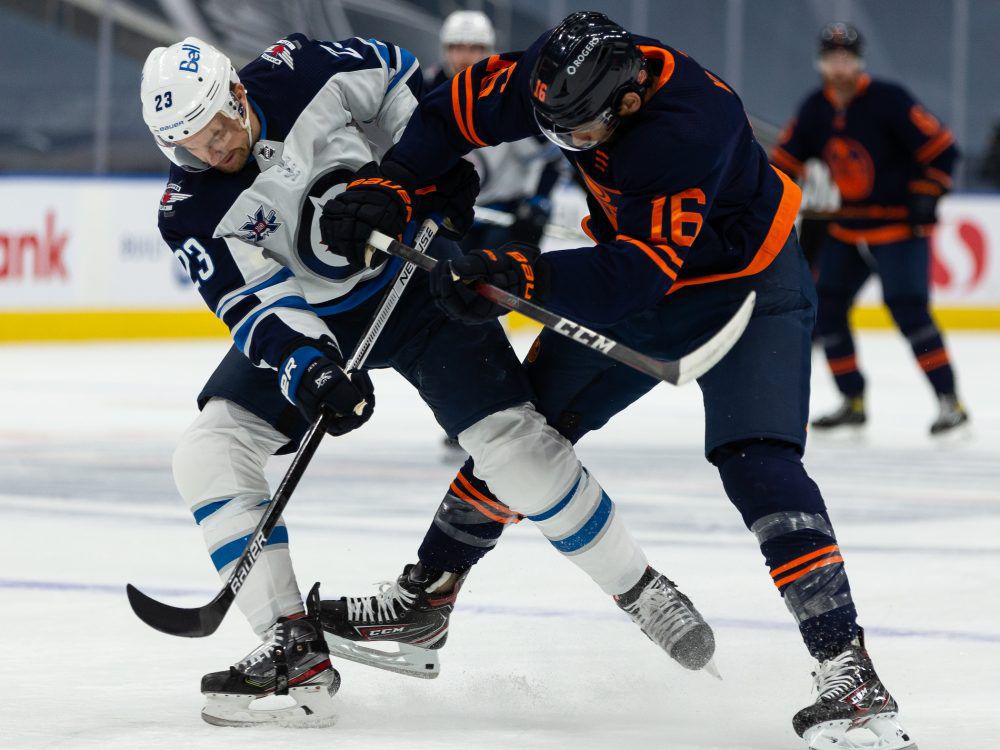 This in from Vancouver hockey writer Kevin Woodley, news that Jujhar Khaira and Tyler Ennis will be back in the line-up tonight for the Oilers. Coming out will be Devin Shore and Gaetan Haas.

1. If Khaira is ready to play, it’s good to see. His history with concussions this year is worrisome, now being out twice. His injury issues have been a major blow to him and the team, as he’s been playing his best hockey as an NHLer when healthy. He’s been solid in the defensive slot, strong moving the puck, successful on the attack and effective on the PK.

“Comfort level is 100 per cent,” Kharia said to the Journal’s Rob Tychkowski today, adding he got his bell rung but felt OK even as he went down the tunnel after the incident in Montreal.

2. It’s good to get Tyler Ennis on the ice. He’s been sitting awhile. The Oilers should now be moving all kinds of players in and out, as much as is allowed.

STAPLES: Mike Smith having a historic season for a goalie of his age

McCURDY: Game Grades from a 4-1 Oilers triumph over Calgary