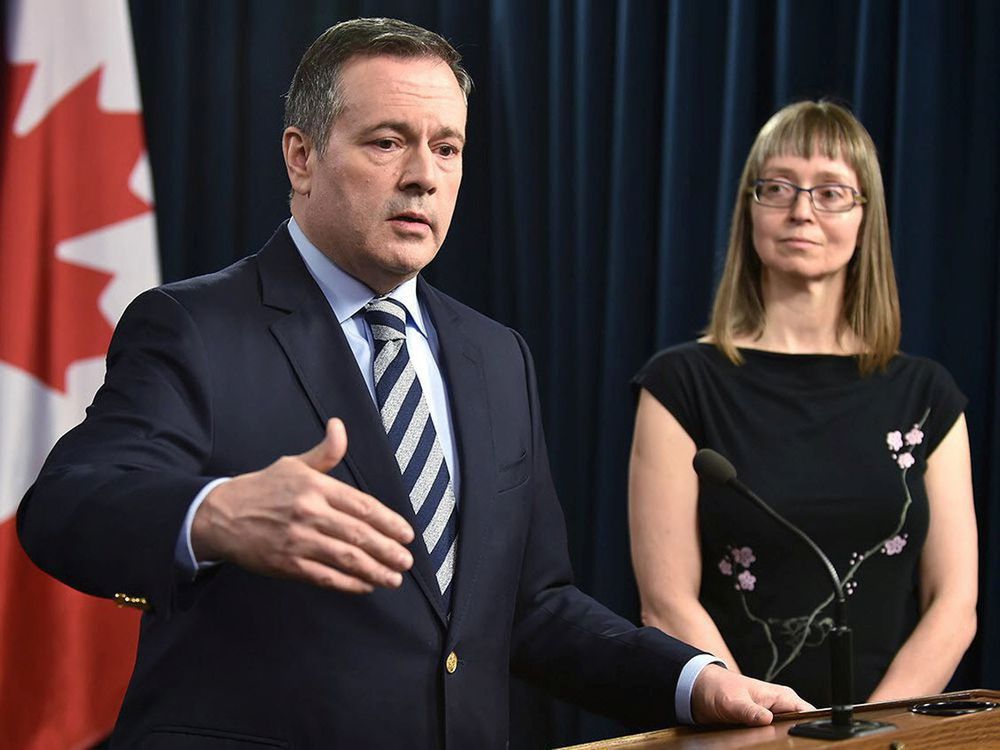 The two last appeared Thursday, when targeted restrictions were announced for hotspots.

The Alberta government suspended the spring sitting of the legislature for two weeks on Sunday amid a surge of COVID-19 cases. Alberta has the highest active case rate in Canada, with 518 per 100,000 people – more than double Ontario’s 252 per 100,000 people.

Last week, Alberta expanded COVID-19 vaccine eligibility to those in Phase 2C who were previously not able to book as well as Albertans in Phase 2D. The full list of those who are eligible can be found here.

Kenney and Hinshaw will speak at 4 p.m.

Previous articleQuebec reports under 800 new COVID-19 cases as hospitalizations rise
Next article1.3% of Canadians got COVID-19 after getting 1st vaccine: PHAC